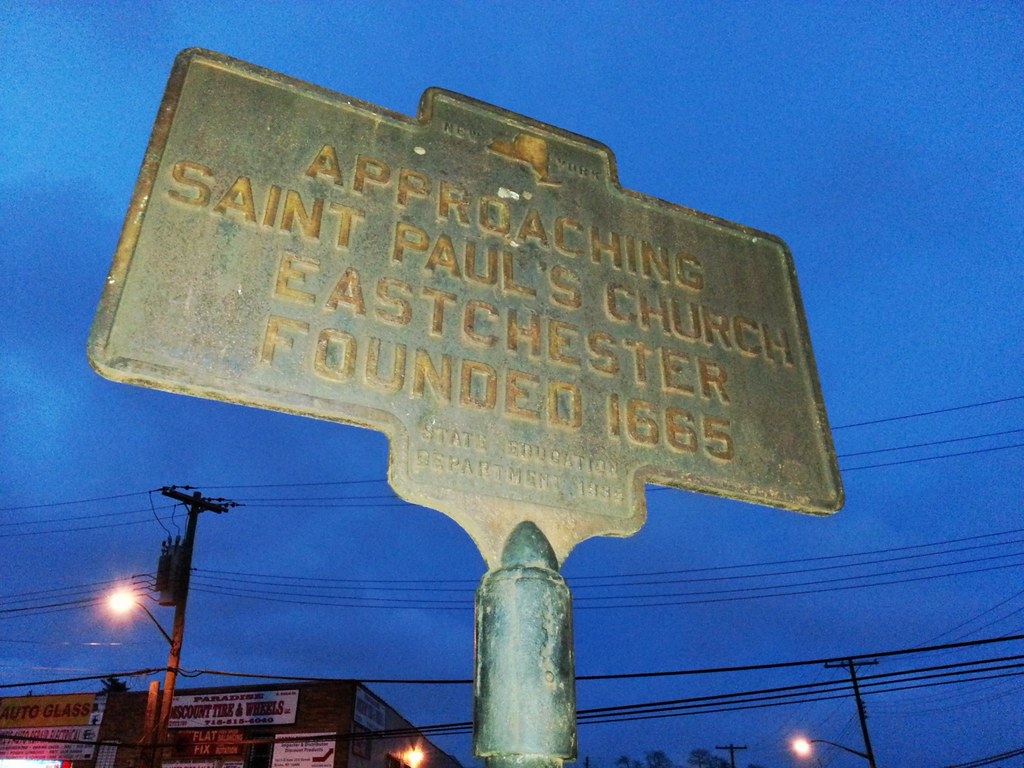 About half a mile down the street, on the Mount Vernon side of the city line, stands Saint Paul's Church, an 18th-century structure that served as a Revolutionary War field hospital. Its bell, cast at the same London foundry as the Liberty Bell, was hidden during the war to keep it from being confiscated and melted down for military use — a story that calls to mind the World War II-era concealment of that statue of Columbus we saw back in Astoria.