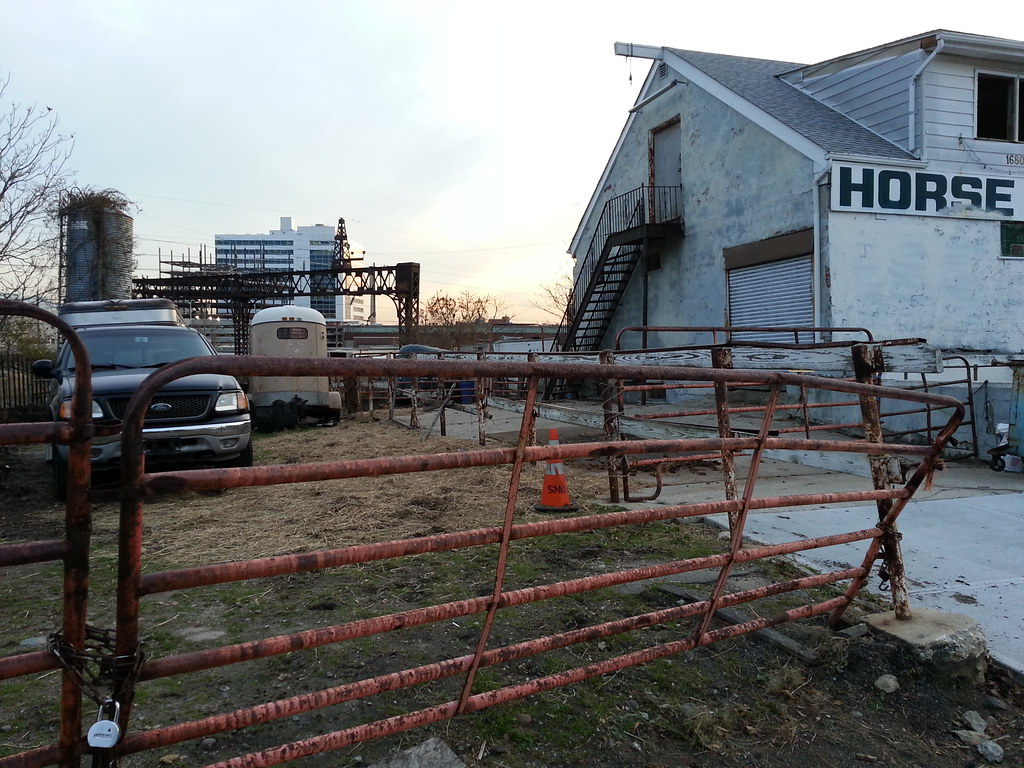 Here we are, back at that dump of a stable on Pelham Parkway that was largely torn down a few years ago when it was discovered to have been illegally built on DOT property. Even though the building has been declared unfit for human occupation, there is, last I heard, one poor horse still living inside.