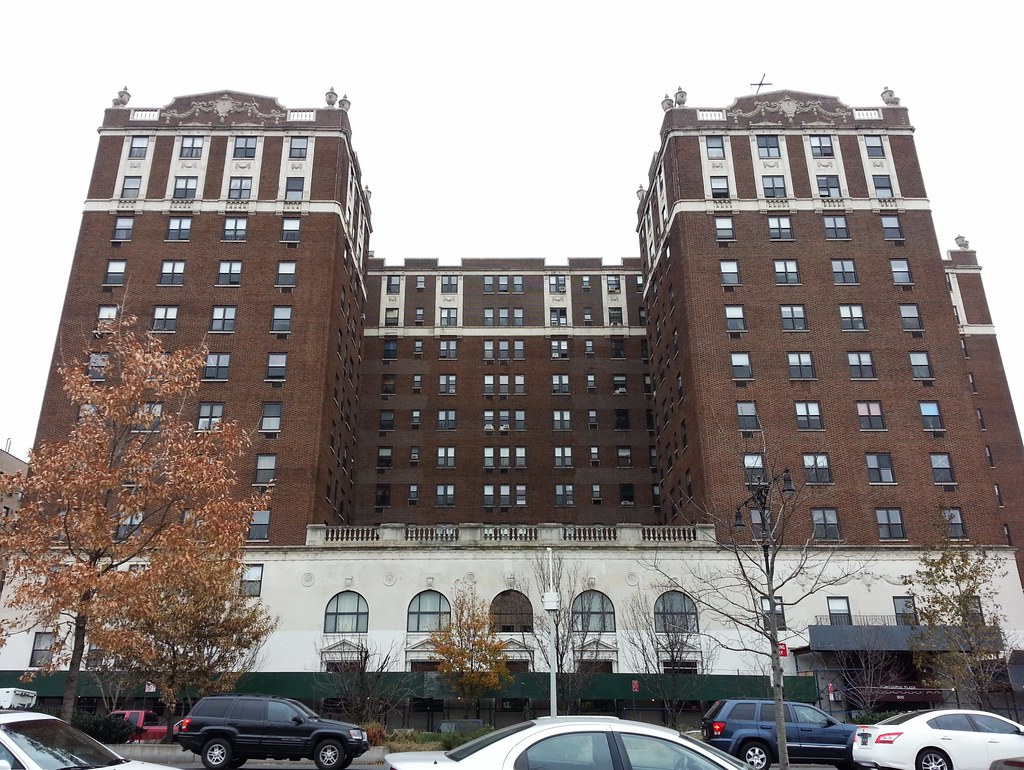 Opened in 1923, the same year as, and three blocks away from, the original Yankee Stadium, the once-grand Concourse Plaza was a center of the borough's social life during the mid-20th century. Big political dinners were held in the ballroom, presidential candidates stopped by to campaign, and the Yankees' star players could be found hanging out in the lobby every now and then. By the 1970s, however, the place had fallen into decline and become a welfare hotel. The city eventually took over the building and has operated it since 1982 as a senior citizens' residence.