Home of the Champion 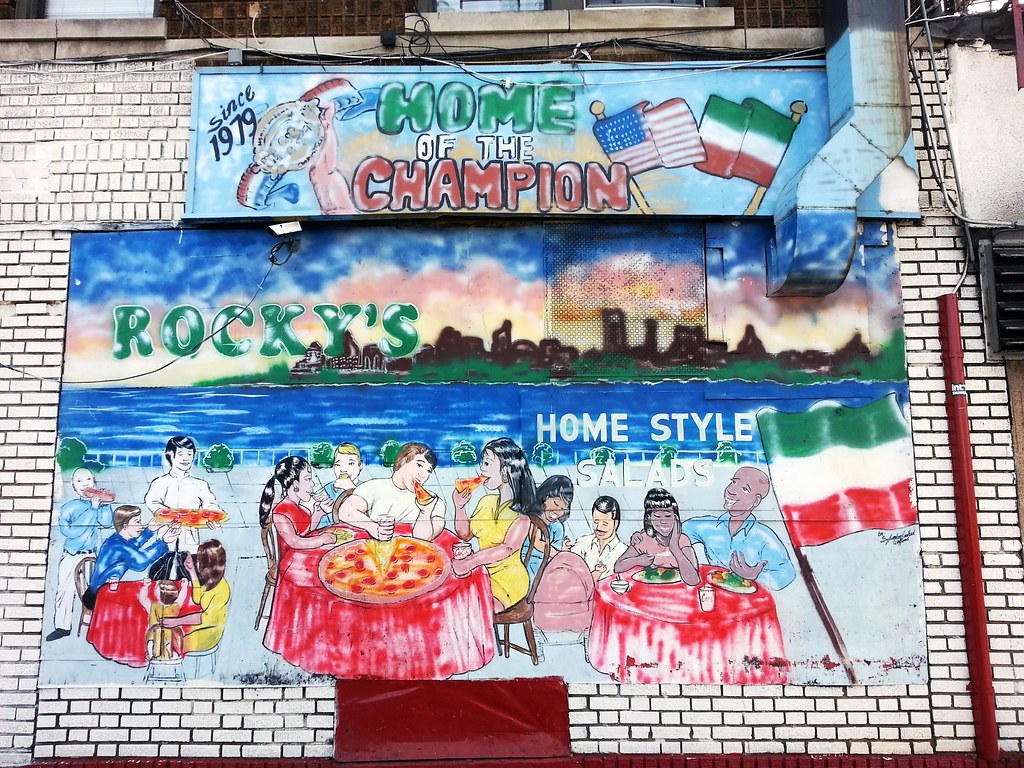 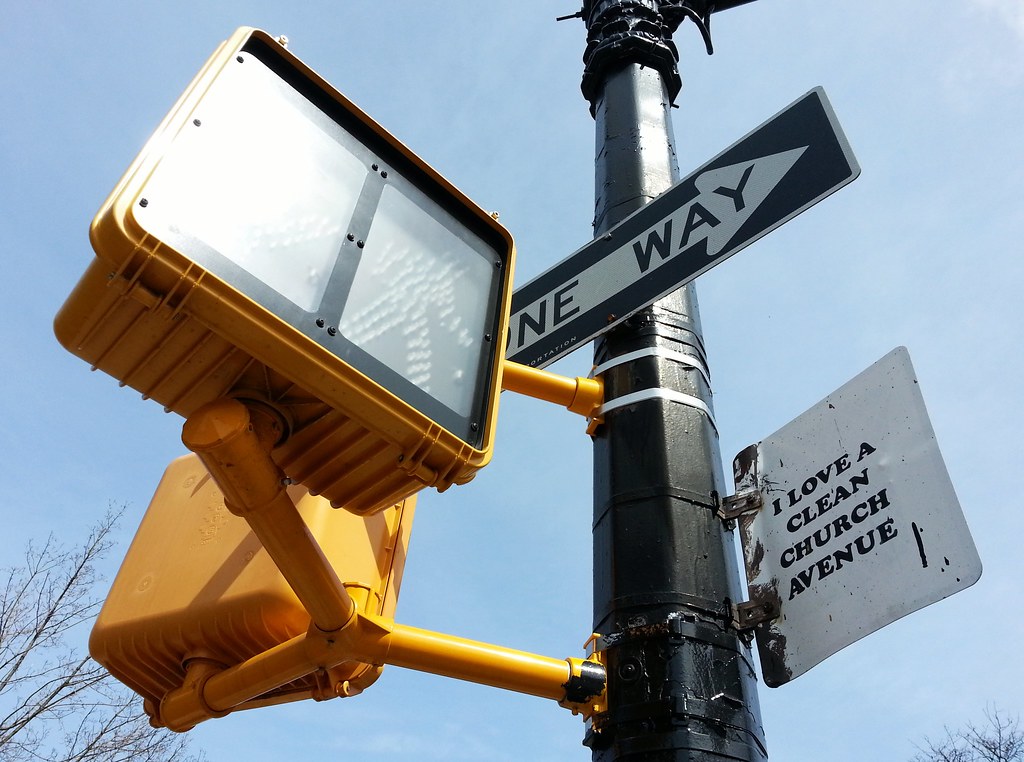 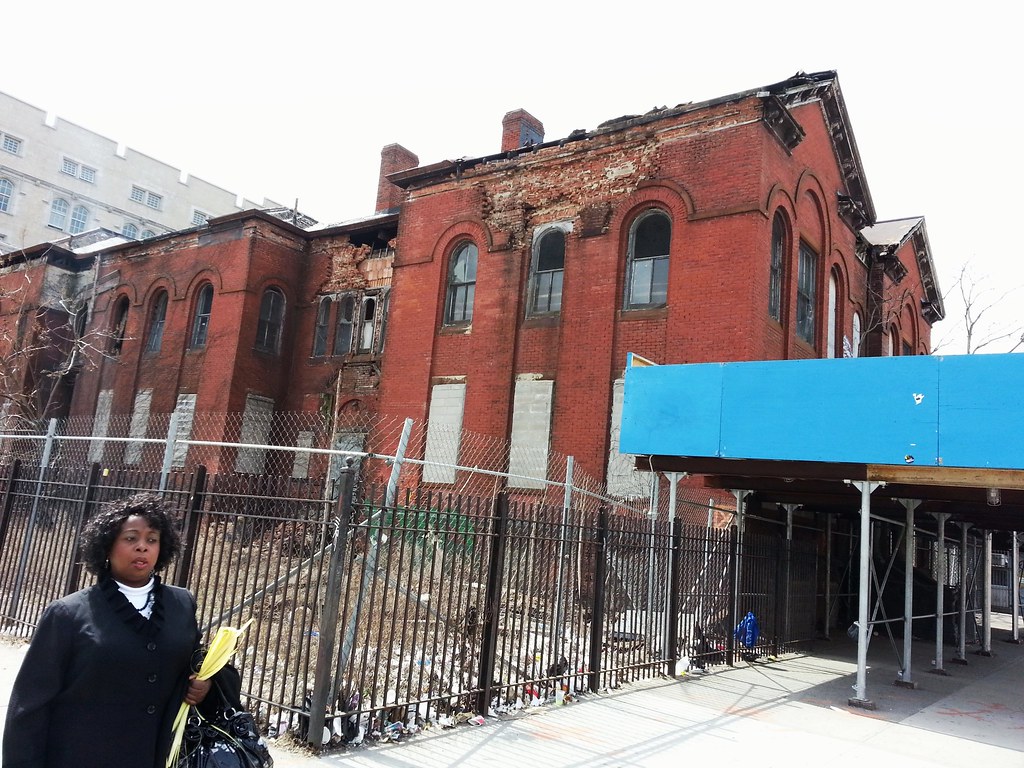 Built in 1878, this former school dates back to the days when Flatbush was an independent town. 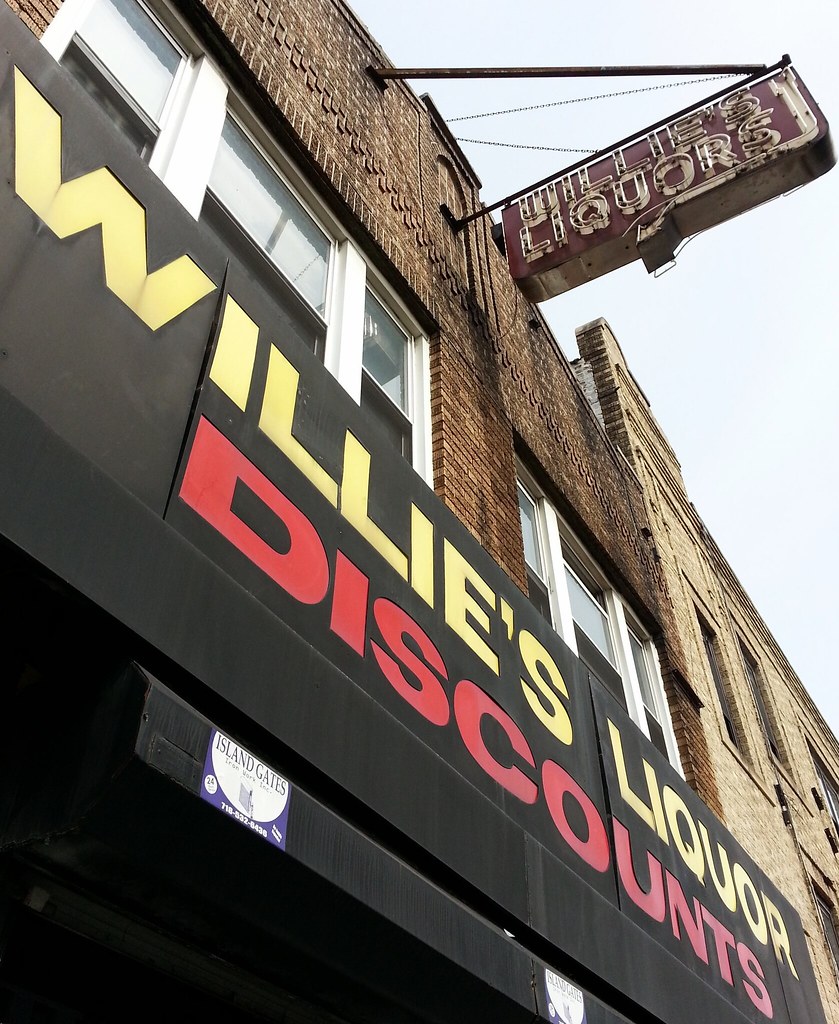 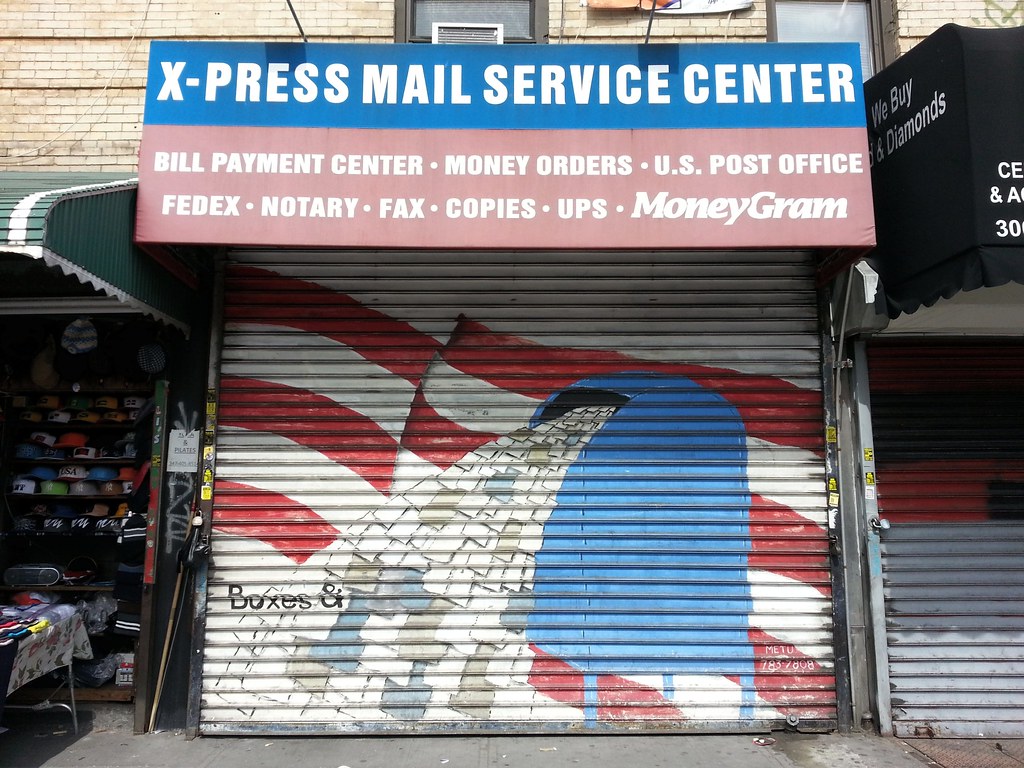 So that’s where they come from 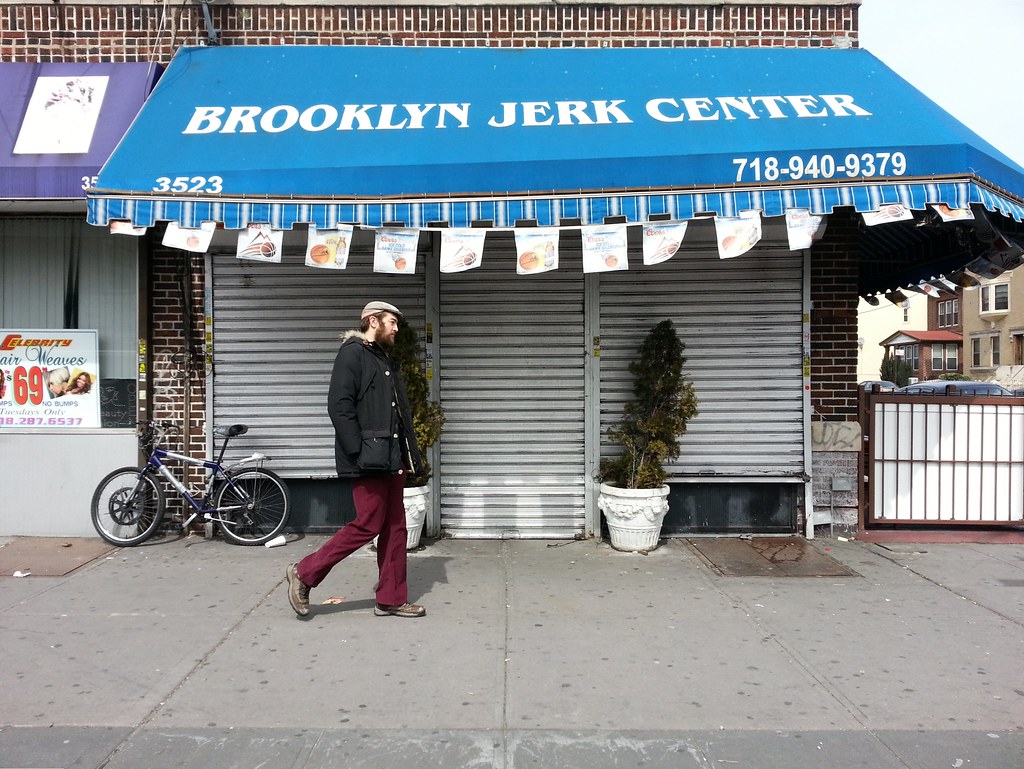 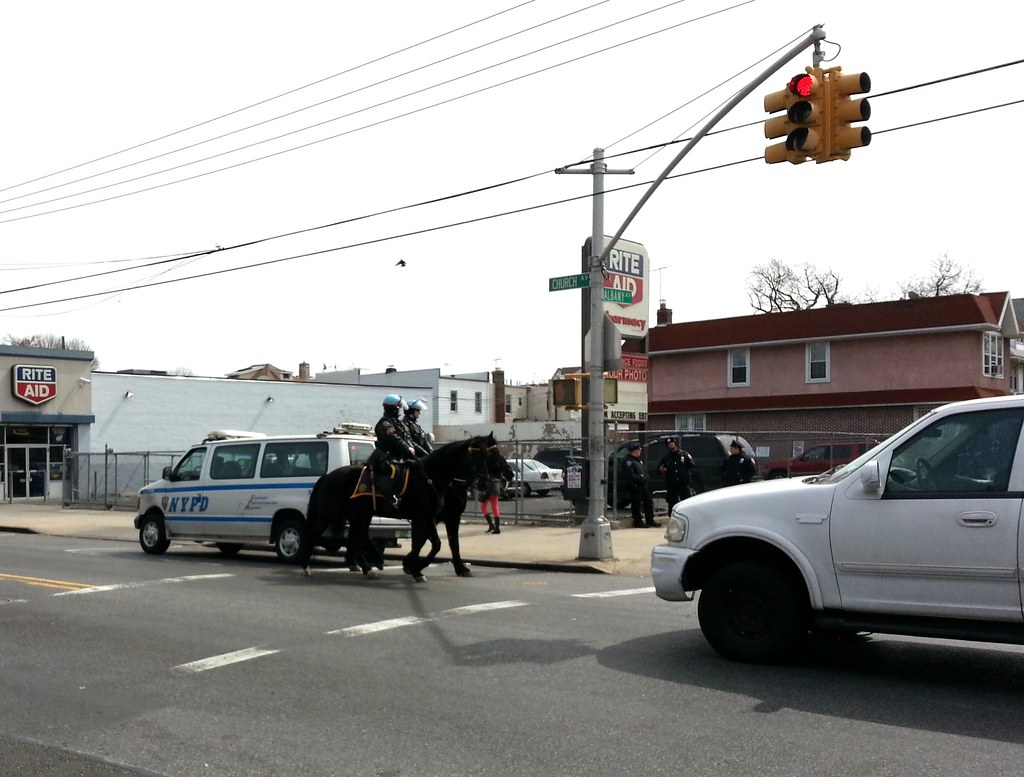 These "10-foot tall cops" were part of an enormous contingent of police assigned to East Flatbush today in anticipation of a march to be held later in the afternoon protesting the killing of Kimani Gray by NYPD officers. 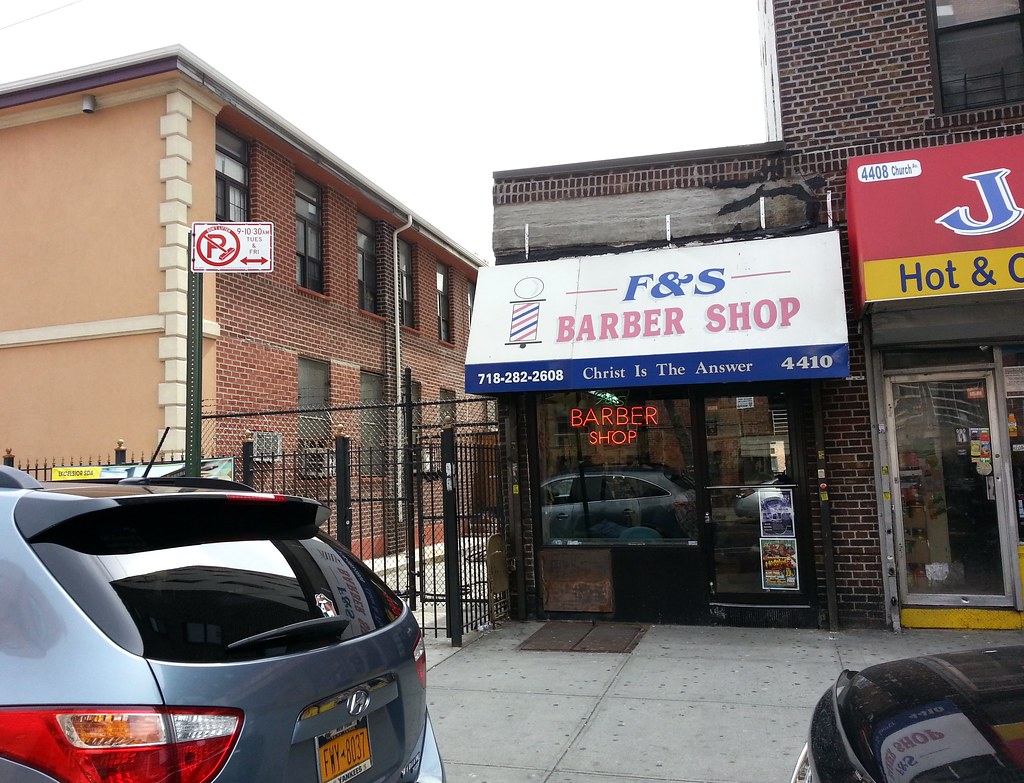 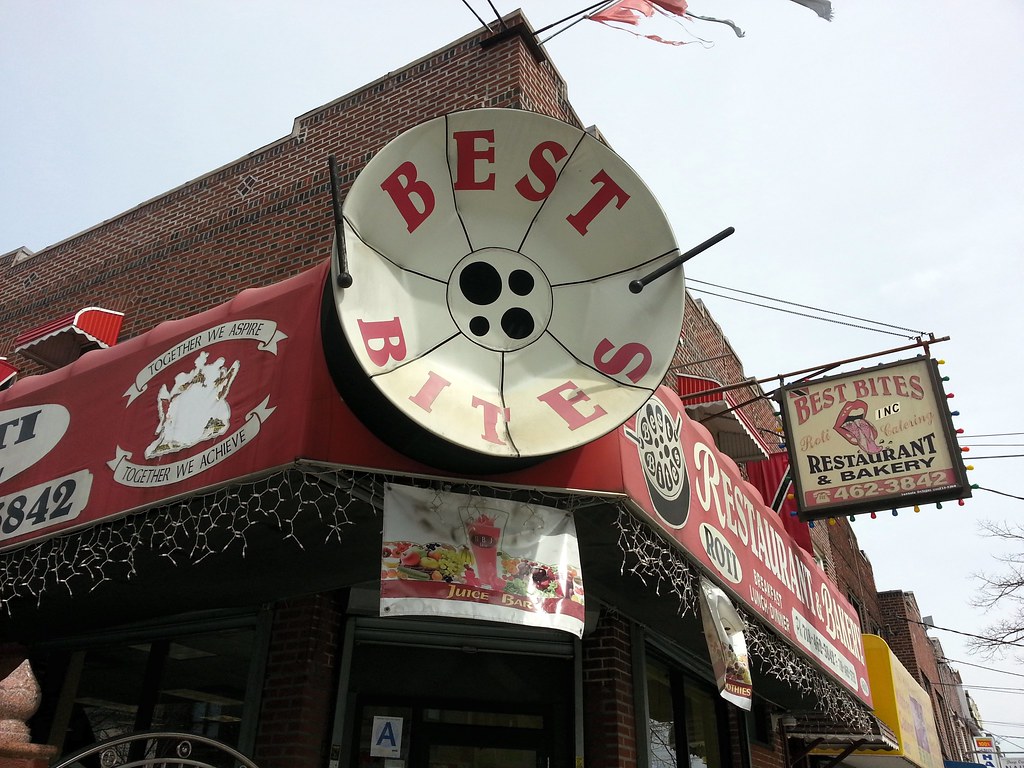 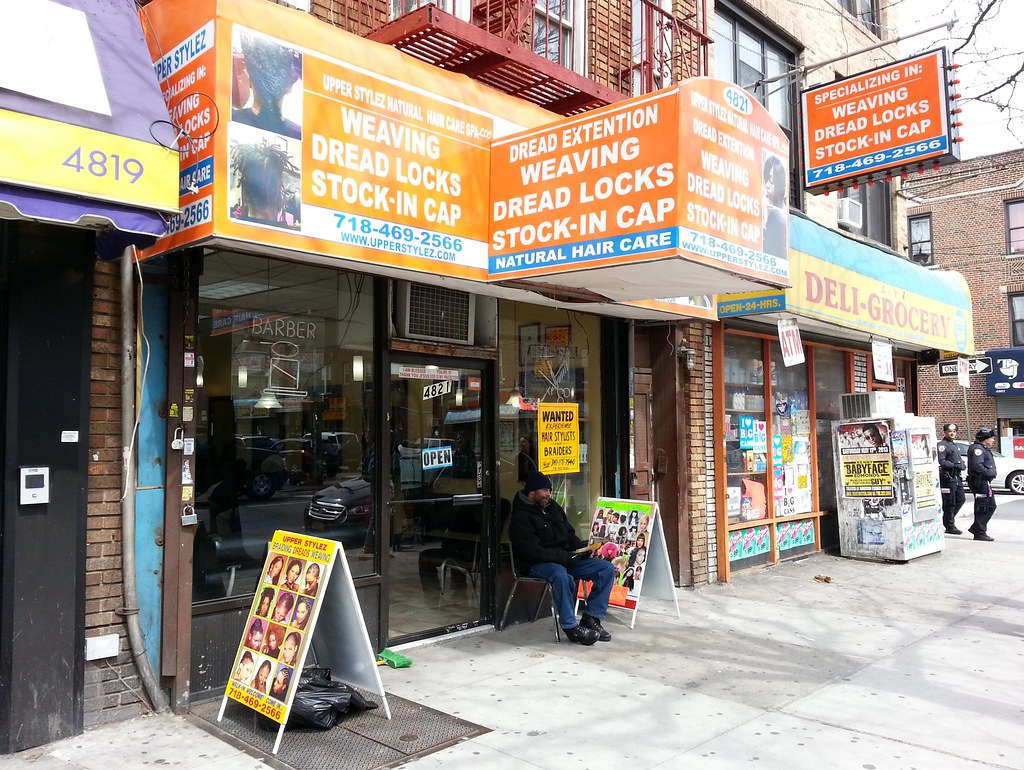 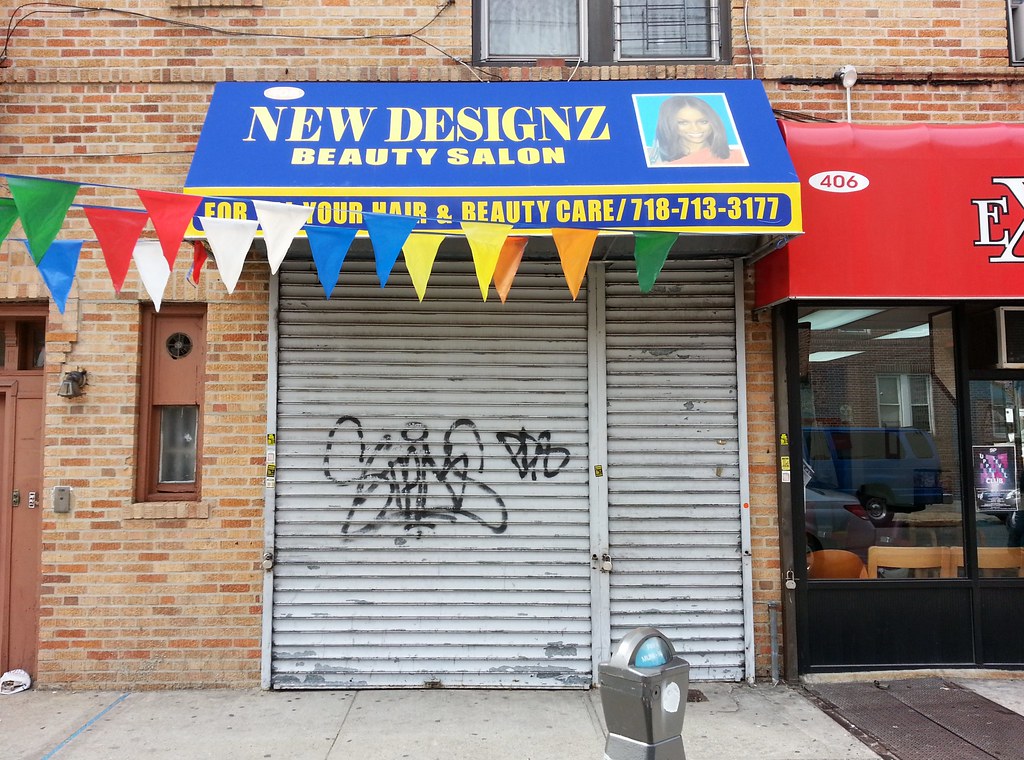 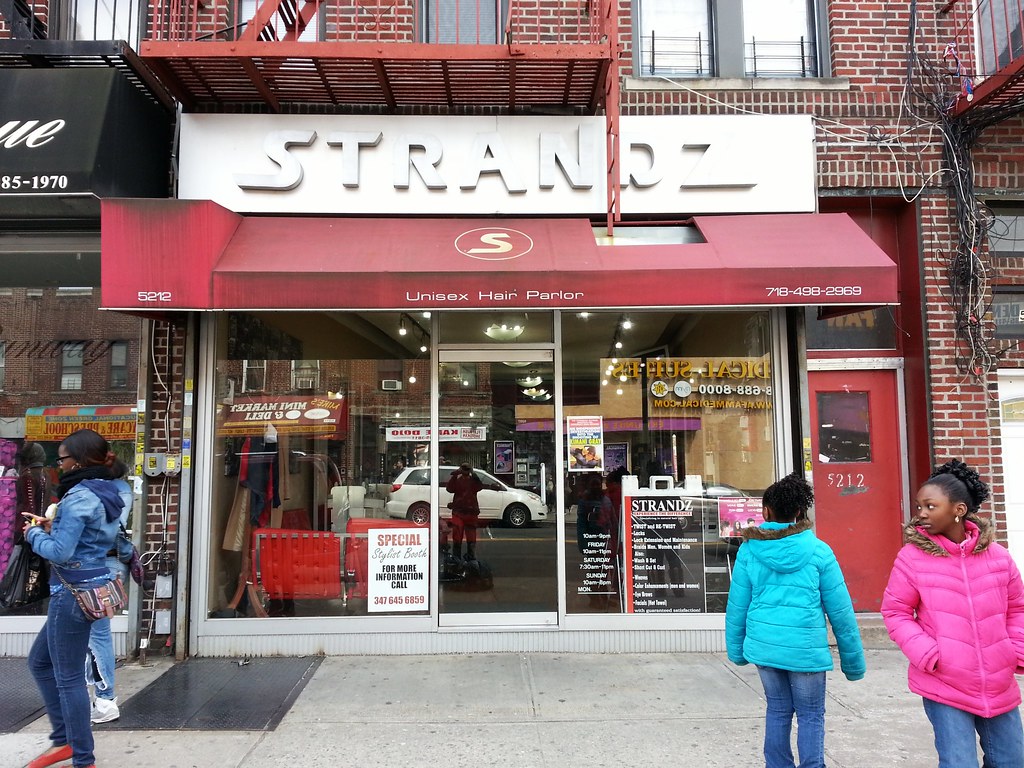 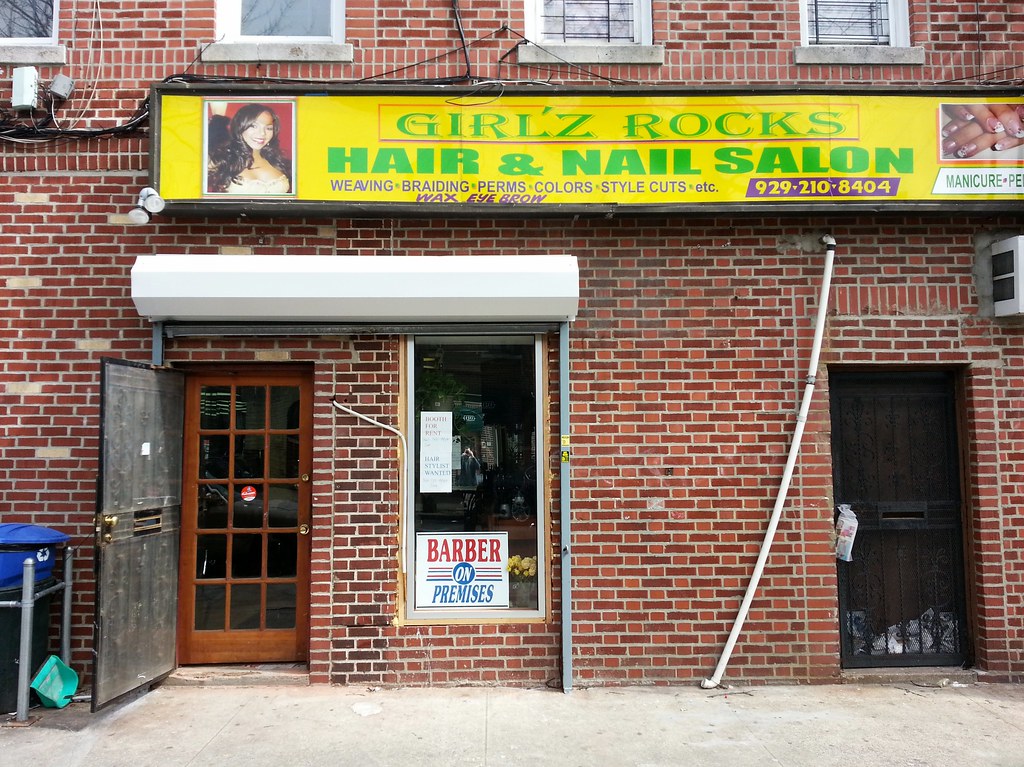 Cops in a row 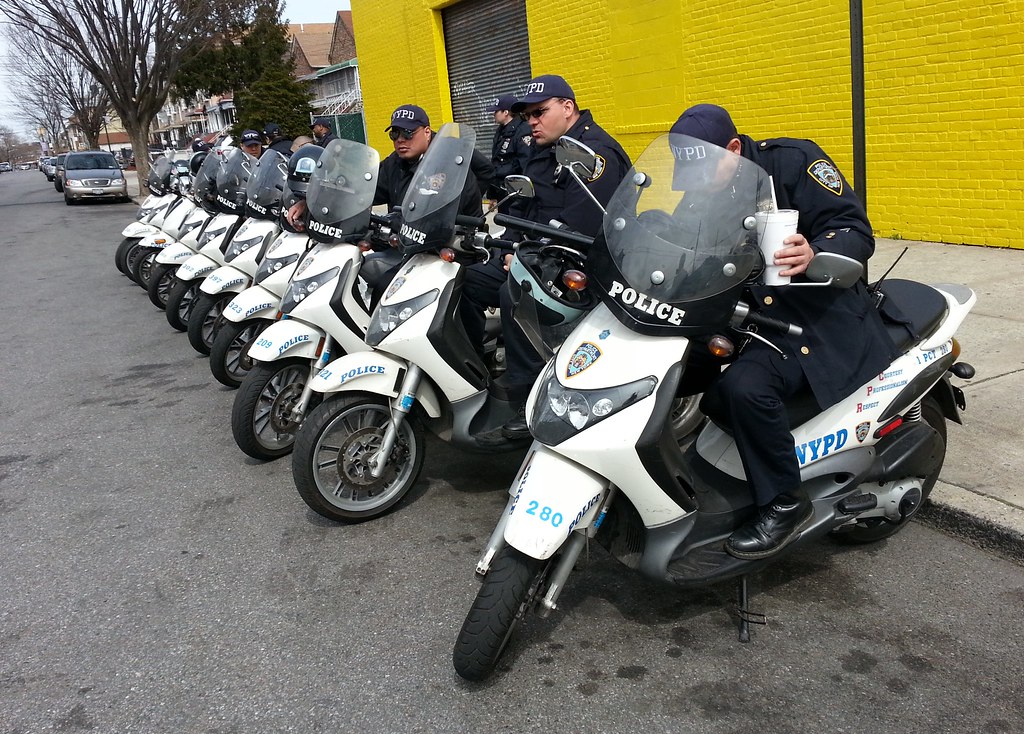 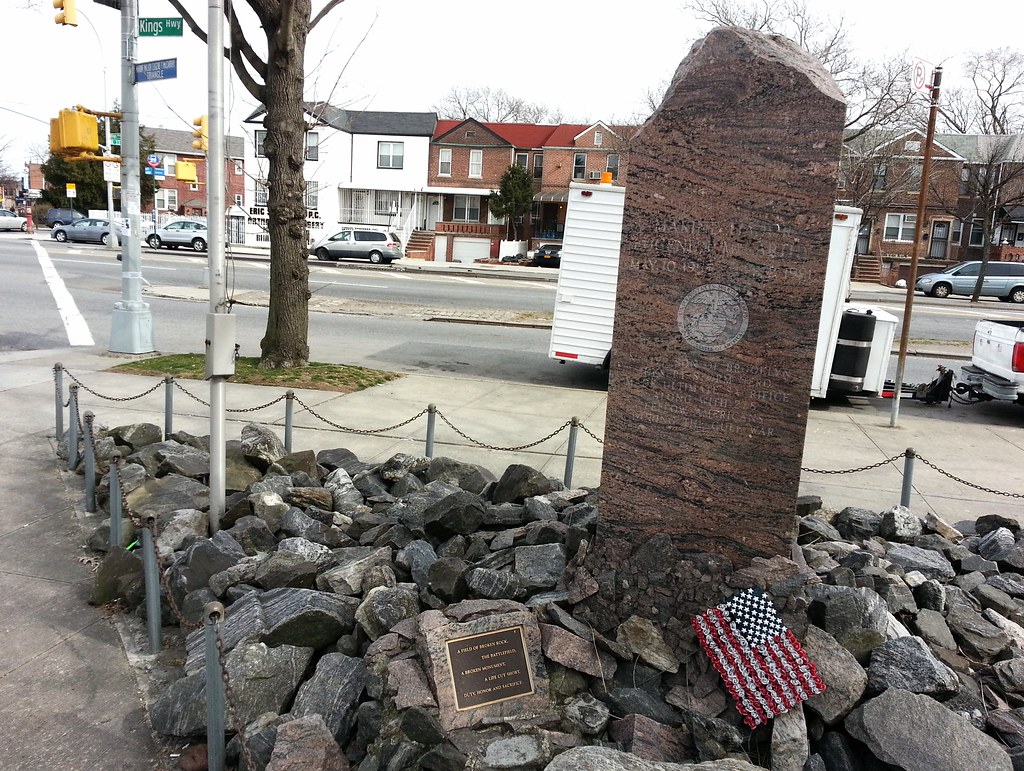 This monument honors Brooklynite Marine Major Eugene T. McCarthy and "other New Yorkers who lost their lives in Operation Desert Storm". The plaque near the bottom of the photo reads:

A field of broken rock,
The battlefield,
A broken monument,
A life cut short,
Duty, honor and sacrifice. 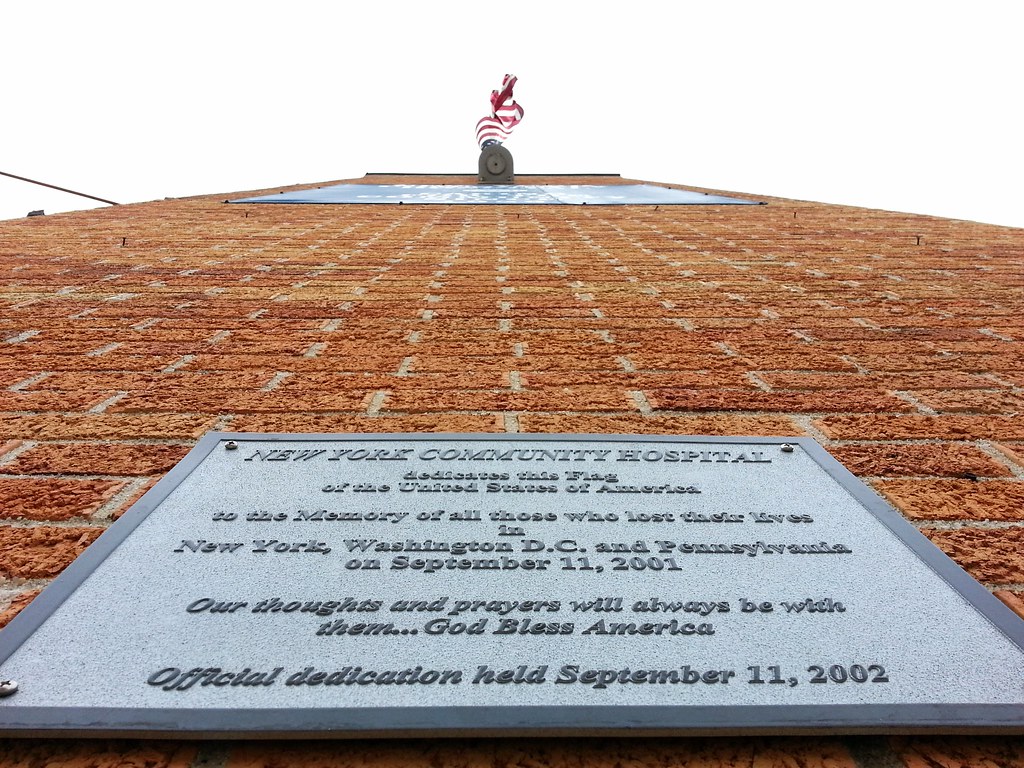 At long last, and after two close calls, I have finally seen a kid riding one of these mechano-musical sidewalk monsters. 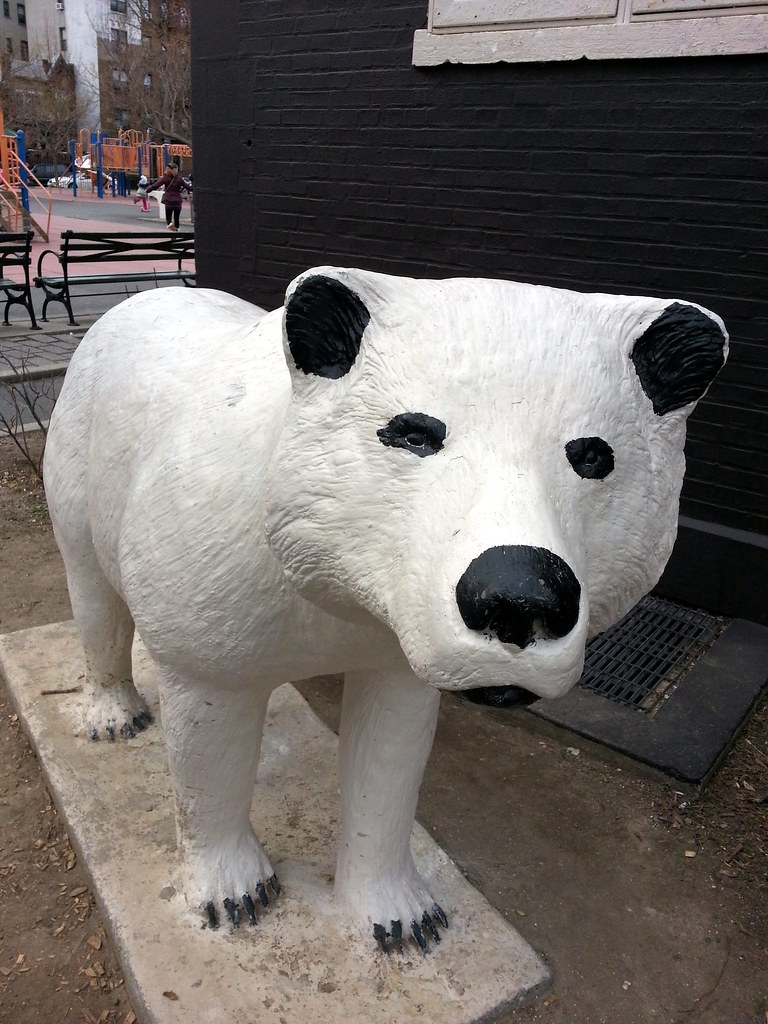 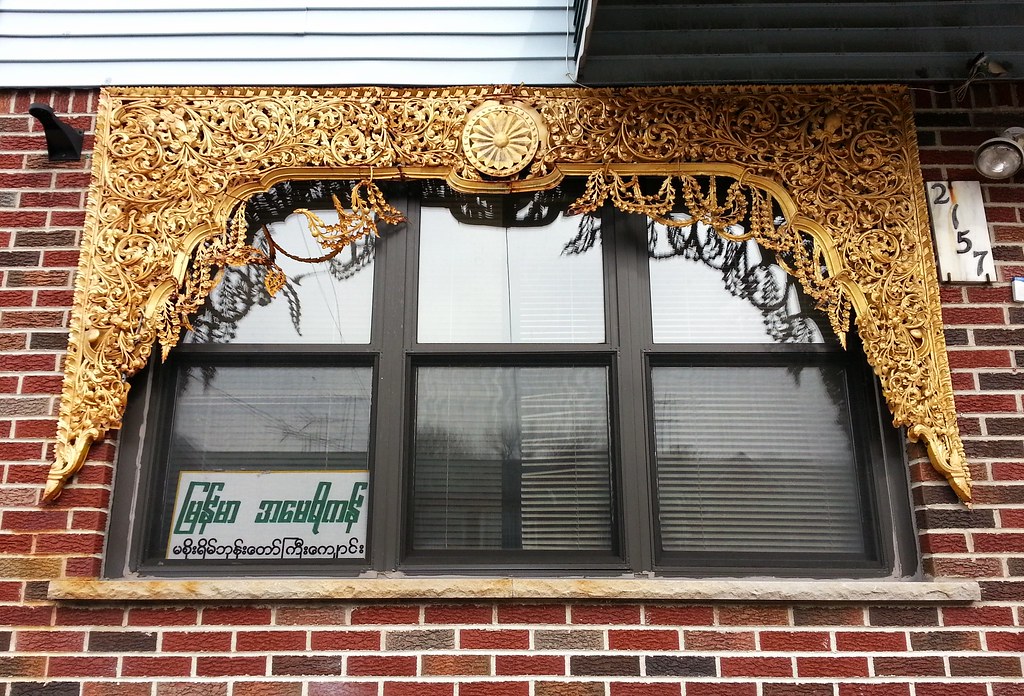 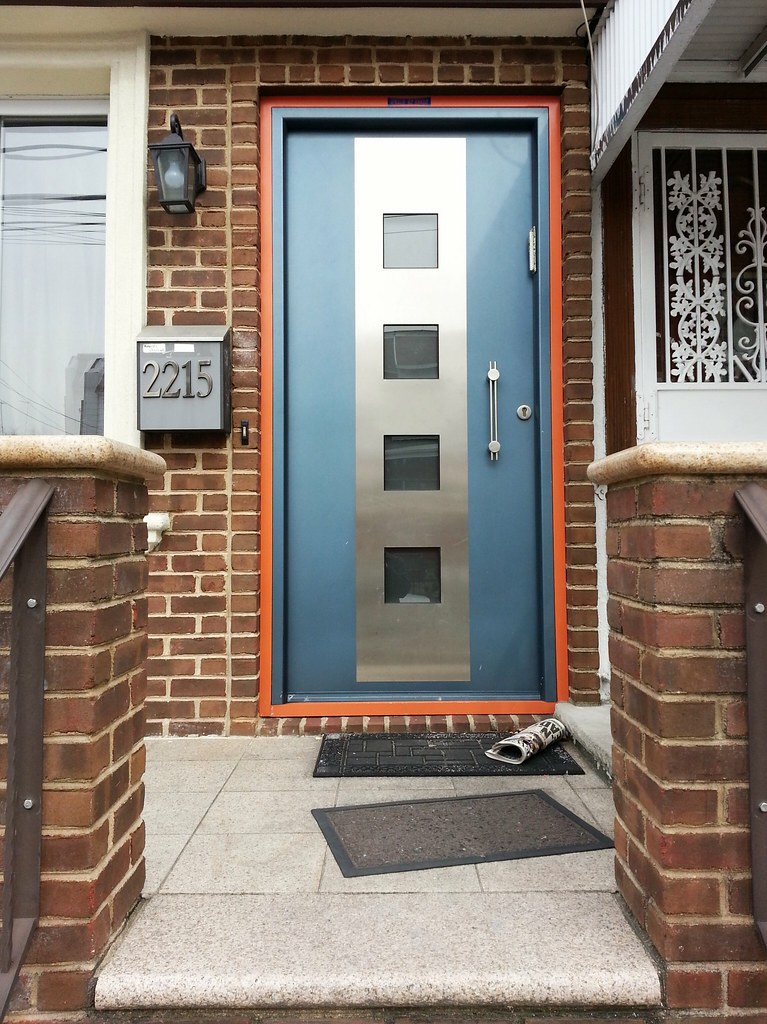 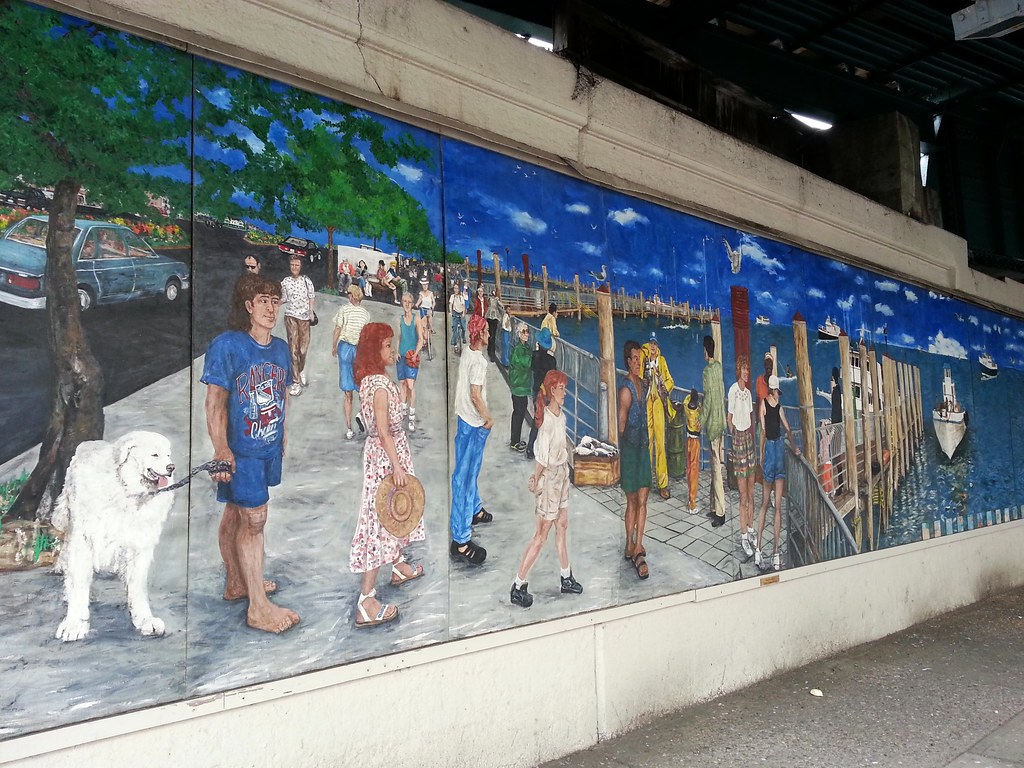 From Forgotten New York: "Sometimes, NYC history can be preserved in the unlikeliest of ways and in the most unusual places." 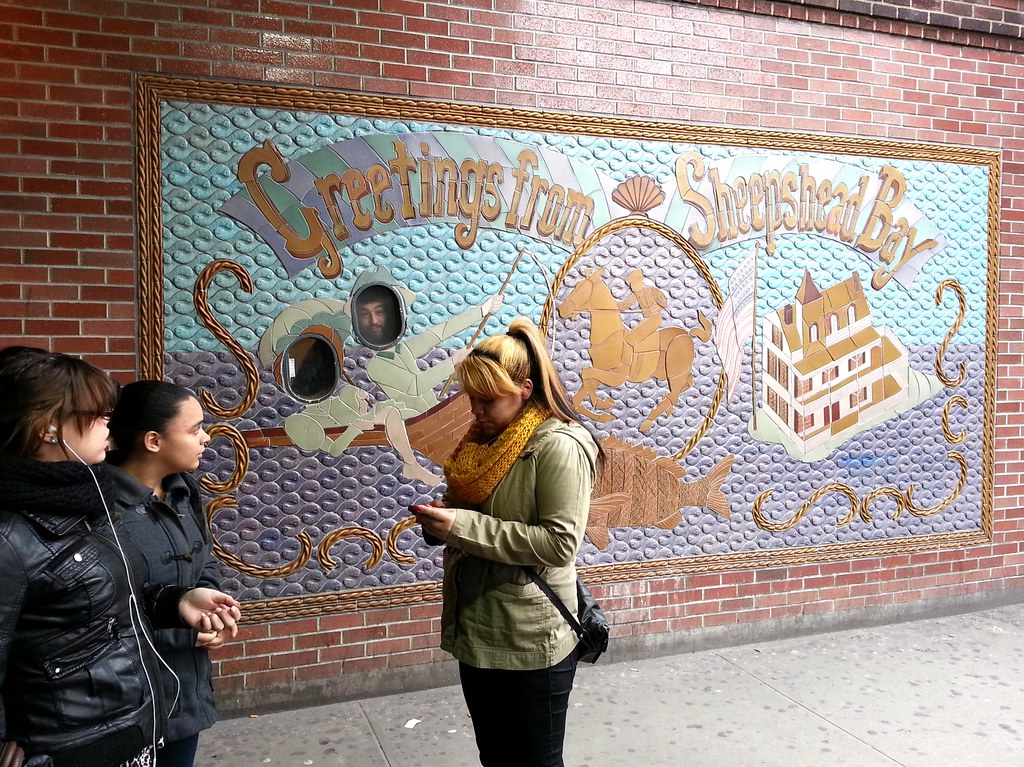 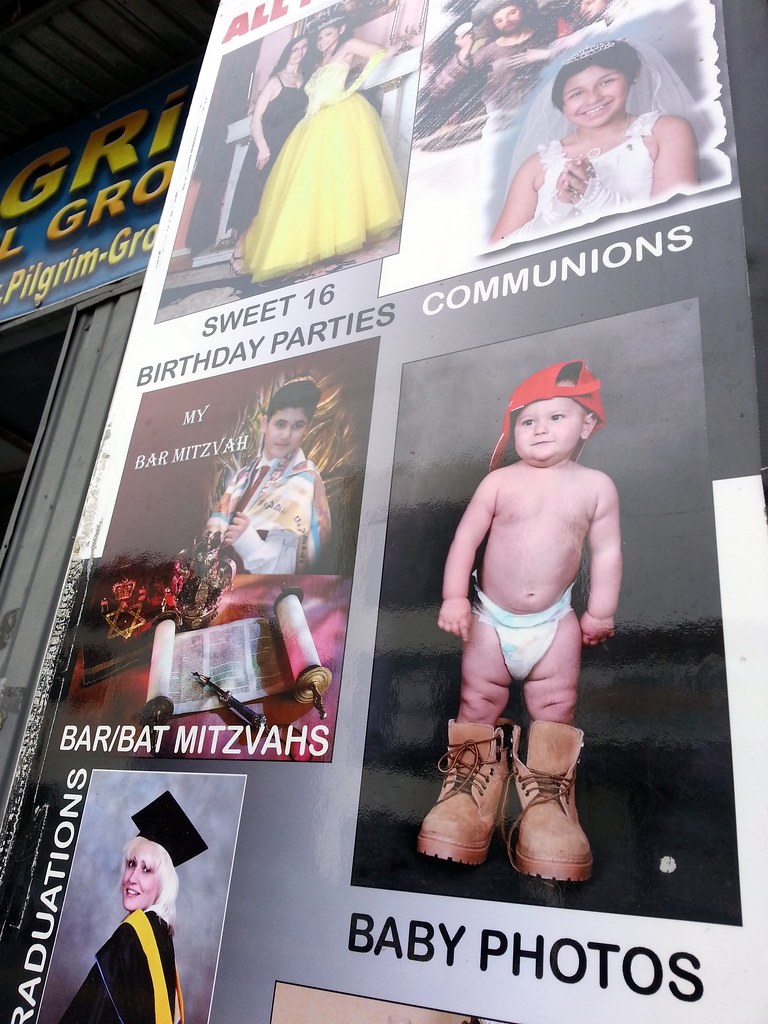 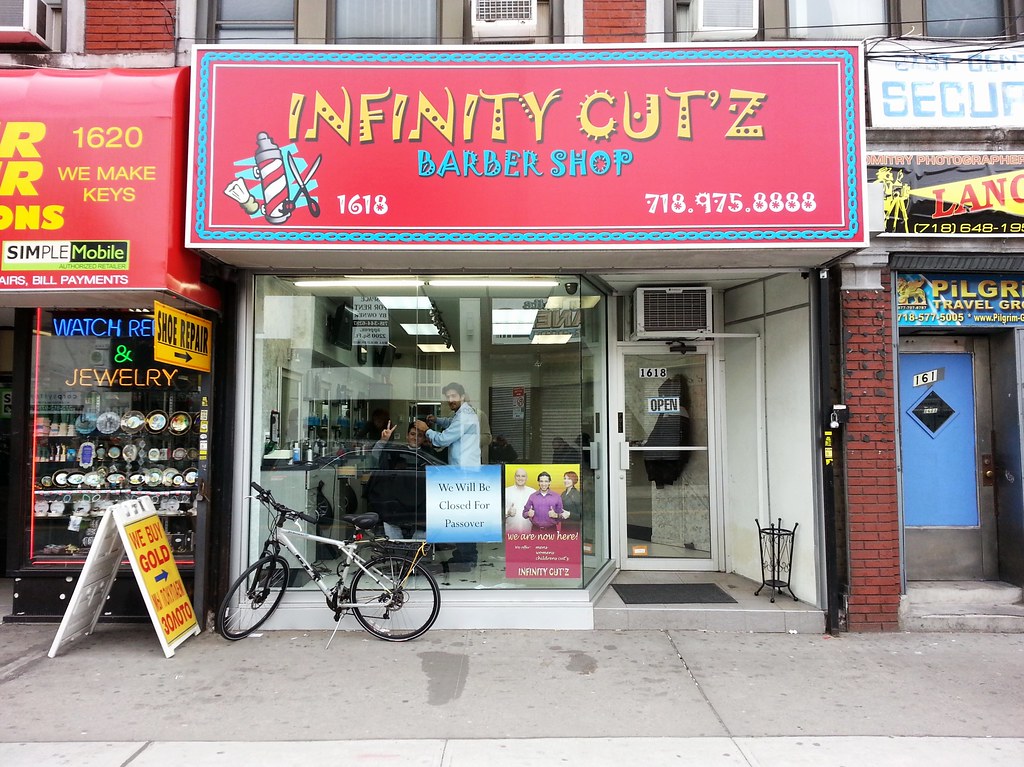 Five in one day! A new record! 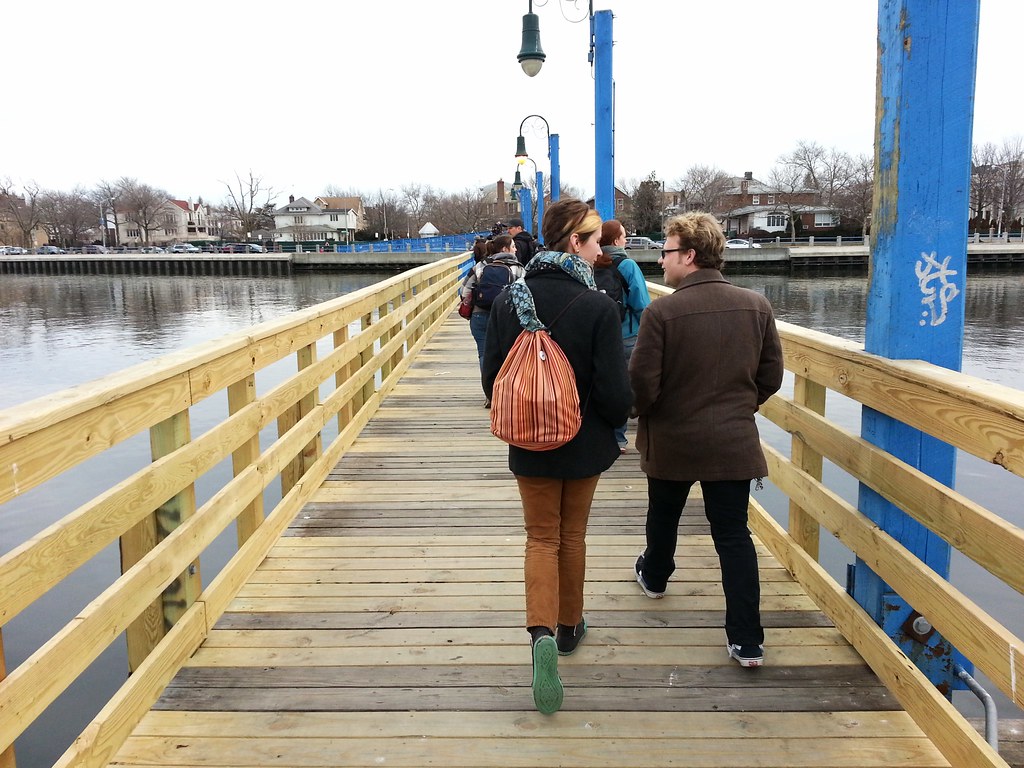 This wooden footbridge over Sheepshead Bay sustained some pretty significant damage during Hurricane Sandy. It was repaired and reopened by mid-January, but the new sections of railing have yet to be painted the pre-Sandy blue (Federal Blue, to be precise) of their older neighbors.

Linking East 19th and Exeter Streets, the bridge is actually a block west of Ocean Avenue. Its name recalls the location of an earlier incarnation — the bay's first crossing — which was constructed in 1880 by Austin Corbin, a wealthy financier who had developed Manhattan Beach into a first-rate seaside resort. (Manhattan Beach sits on the eastern end of Coney Island; it's the neighborhood toward which the people in this photo are walking.) Corbin was building a clubhouse for the New York Jockey Club on the grounds of one of his grand hotels, and the bridge offered a convenient connection between the clubhouse and the new Sheepshead Bay Race Track in Sheepshead Bay, which is the neighborhood — then a village — situated on the northern shore of the eponymous bay. (To help you get your bearings, here's a map of the area. Keep in mind that Coney Island was an actual island in 1880.)

Corbin quickly soured on the bridge, however, and had substantial portions of it torn down, rendering it unusable. The reason for his change of heart varies depending on your source. A report in the NY Times from the summer of 1881 states that Corbin discovered his waiters "were in the habit of crossing over to Sheepshead Bay and getting intoxicated". A Brooklyn Daily Eagle article from around the same time claims that he knocked out the bridge to spite the residents of Sheepshead Bay, who had been vociferously complaining about his hotels dumping their sewage into the bay. And a piece in the Eagle from later that year says the bridge had set off a building boom of cheap boardinghouses in Sheepshead Bay, where guests could dine on a "frugal supper of clams", and then take a stroll across the bridge to "enjoy the bathing, the promenade, the fireworks, the music, the seats on the big piazza of Corbin and pay not a cent, returning to these comfortable tabernacles as the evening waneth."

When the State Legislature had granted Corbin permission to build the bridge, however, it had done so under the condition that the crossing would become a "public highway" upon its completion, placing it under the control of the Commissioners of Highways of Gravesend (the larger town in which Manhattan Beach and Sheepshead Bay were located). The town sent out carpenters to repair the bridge after hearing of its partial destruction; in response, at Corbin's direction, his private police gathered "a force strong enough to storm a citadel" and marched over to the bridge to halt the work being done.

The Gravesend policeman on duty, George Higgins, was under orders to arrest the first man who interfered with the reconstruction, but as soon as he made a move, he was taken into custody by Corbin's men. He was brought before a judge by the name of Storms, "a firm supporter of the Corbin interest", who proceeded to trample Higgins's due process rights and promptly throw him in jail. The Eagle's report of the incident is positively dripping with sarcasm:

The accounts of the trial which ensued are of a delightfully interesting character. They all agree in awarding to the distinguished jurist who presided the highest praise for colossal gravity and unbounded dignity.

It then takes a more serious tone:

The highway commissioners declare that Storms refused to take bail, refused to give the prisoner any reasonable opportunity to take measures for his own defense, and violated in the most flagrant and outrageous manner the rights common to every citizen.

The Gravesend officials eventually triumphed in the matter of the bridge, winning an injunction that prohibited Corbin's people from further hindering the repair work. The bridge was rebuilt and reopened, this time under the watch of a Gravesend police patrol.

Corbin died in 1896, but he made the news again back in 2007 when Denis Hamill wrote a sensational Daily News column accusing him of virulent anti-Semitism and suggesting that perhaps Corbin Place, a street that runs several blocks to the west of the footbridge and just a block from a large Holocaust memorial, should be renamed for someone else. Corbin did indeed cause a stir in 1879 when he declared that Jews were not welcome at his establishments, but Hamill went much further, stating that Corbin was the president of an organization called the "American Society for the Suppression of the Jews" (ASSJ) that resolved to "pledge ourselves to spare no effort to remand them [Jews] to the condition that they were in in the Middle Ages, or to exterminate them utterly." According to Hamill, Corbin "gave odious interviews in the Brooklyn Daily Eagle posing the question, 'If America is a free country, why can't we be free of the Jews?' "

Other news outlets jumped all over these juicy claims, and Corbin's leadership of the ASSJ was even mentioned in the NY Times, our paper of record. I struggled to find any historical reference to the ASSJ, however, until I finally came upon the original source of Hamill's information in an 1879 Eagle report on Corbin's anti-Jew policy. If Mr. Hamill had done more than skim the article for scandalous tidbits (or perhaps he never read it at all and simply pulled his quotations from Brooklyn by Name, the book that he says inspired his column), he would have realized that the ASSJ never actually existed; it was dreamed up by the Jewish author of a satirical pamphlet mocking Corbin and other anti-Semites. A full reading of the pamphlet (reprinted by the Eagle in its entirety) reveals it to be quite clearly a farce. Take, for example, this resolution supposedly adopted by the ASSJ:

Resolved, That in the opinion of this society the constant awarding of prizes to Jewish pupils in our public schools, the small proportion of Jews in the jails (while they number one-tenth of the population of New York they contribute less than one per cent to the criminal classes), their boasted immunity from contagious diseases, their proverbial sobriety and law abiding reputation have served to increase their natural pride of race to an unbearable degree.

Or this one, the most absurd of the bunch:

Resolved, That we will no longer encourage the Jews by reading their Bible. We repudiate the Old Testament in toto, we refuse any longer to accept the Ten Commandments given by the Jew, Moses, and we pledge ourselves not to attend any church where the name of the Jew, Jesus Christ, is mentioned.

A Google search for the ASSJ reveals widespread reporting of its existence, both on the web and in print. Much of this appears to be based on Hamill's shoddy research, but not all of it: several of the search results predate his column. This seems to be a simultaneous success and failure for the long-ago pamphleteer, whose 19th-century satire has slipped undetected past so many modern-day attention spans, and who, by the way, turned out to be Harry Marks, the founder of the Financial News and, later, a member of the UK's House of Commons.

Even with Hamill's false statements blindly accepted as truth, there was opposition to the idea of changing the name of Corbin Place. According to the NY Times: "Many residents of Corbin Place, including even a few rabbis, did not want to change their addresses or argued that keeping the name, in an area with a heavily Jewish population, was the best revenge against hatred." Eventually, however, someone figured out a clever solution that apparently appeased both sides. The street kept its name, but it now honors a different historical figure: Margaret Corbin, who, during the Revolutionary War, "joined her husband, John, in defending Fort Washington, in Upper Manhattan, from an attack by the British. When John Corbin was killed, his wife took over at the cannon he had been firing and fought valiantly until she herself was shot."

And then she went and started the "Latvian People Are Gross Nerds" group on Facebook. 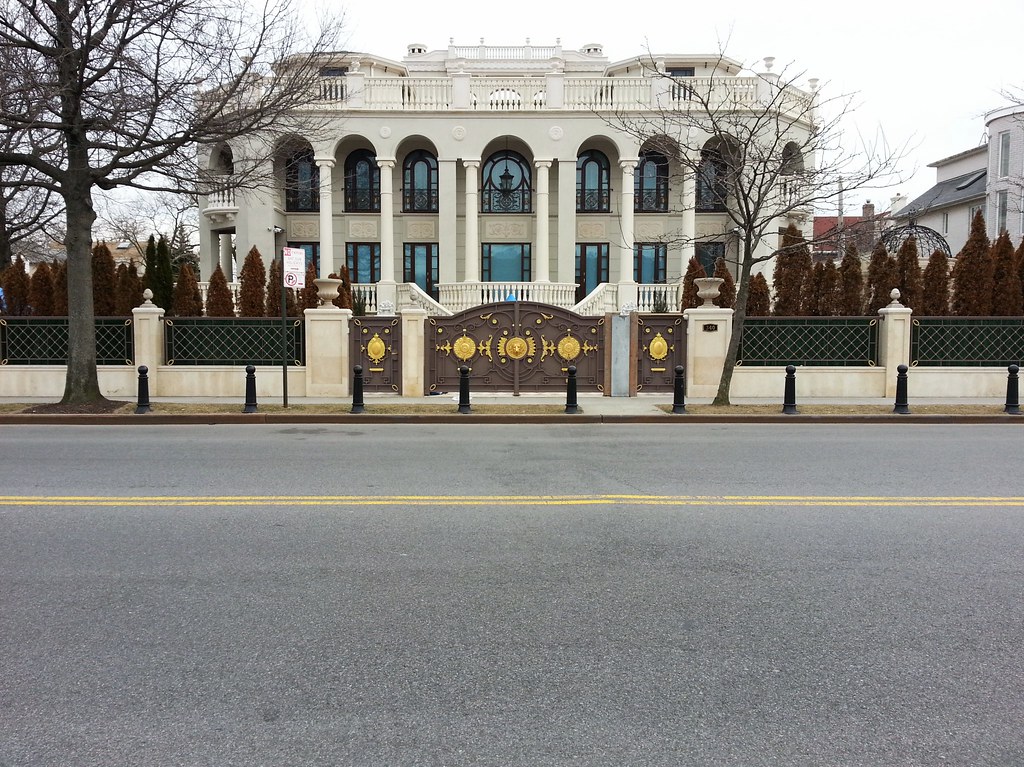 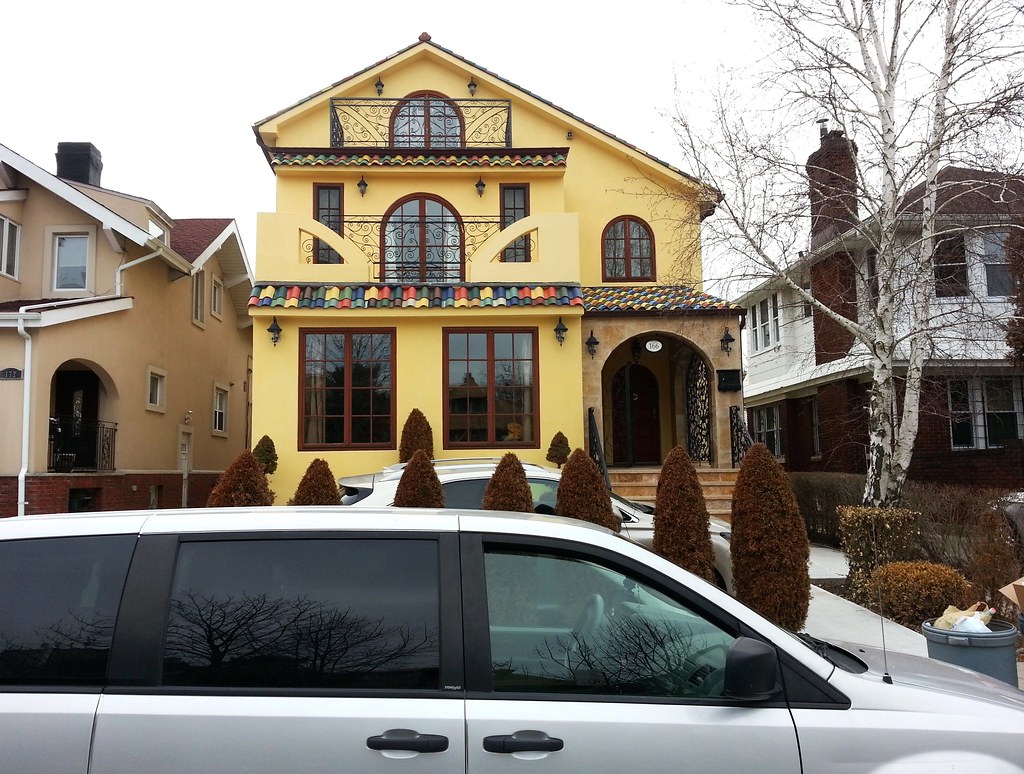 Is that burnt umber I see?

Completion! (Or as close as he’ll get, hopefully) 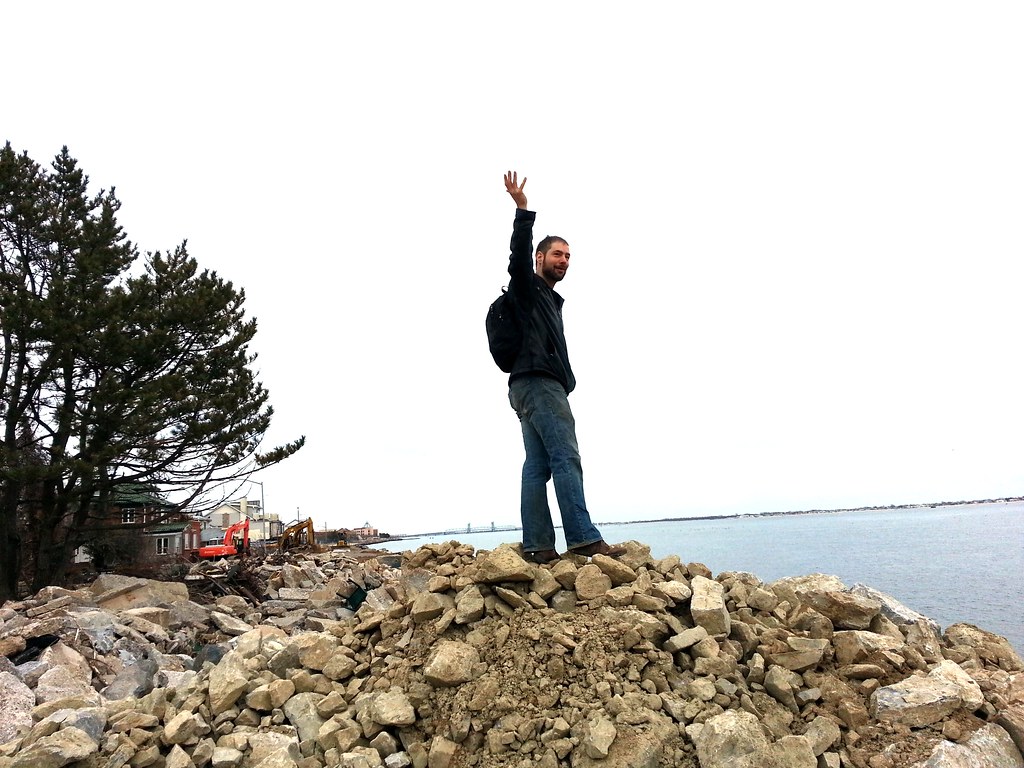 Today's walk also happened to be the final leg of my friend Moses Gates's decade-long quest to visit every census tract in New York City. Well, almost every one. If he plays his cards right, he'll never have to see Bronx Tract 001 in person.

Moses is a man of many talents. He's an urban planner, a demography professor, a musician who stores his tenor sax in a laundry basket, and a trespasser extraordinaire. He's been a really important influence in my own exploration of the city. And he's a good writer, too — he recently came out with a rollicking, big-hearted book about his adventures in off-limits places around the globe.