Here we are once again 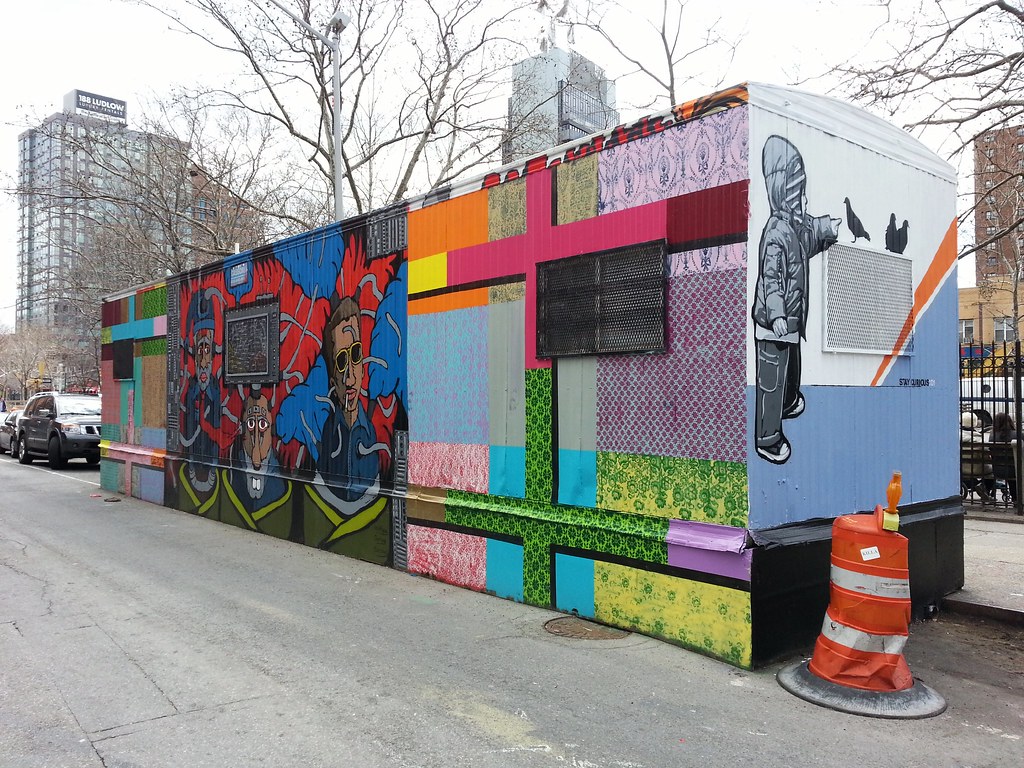 This one’s a little less classy 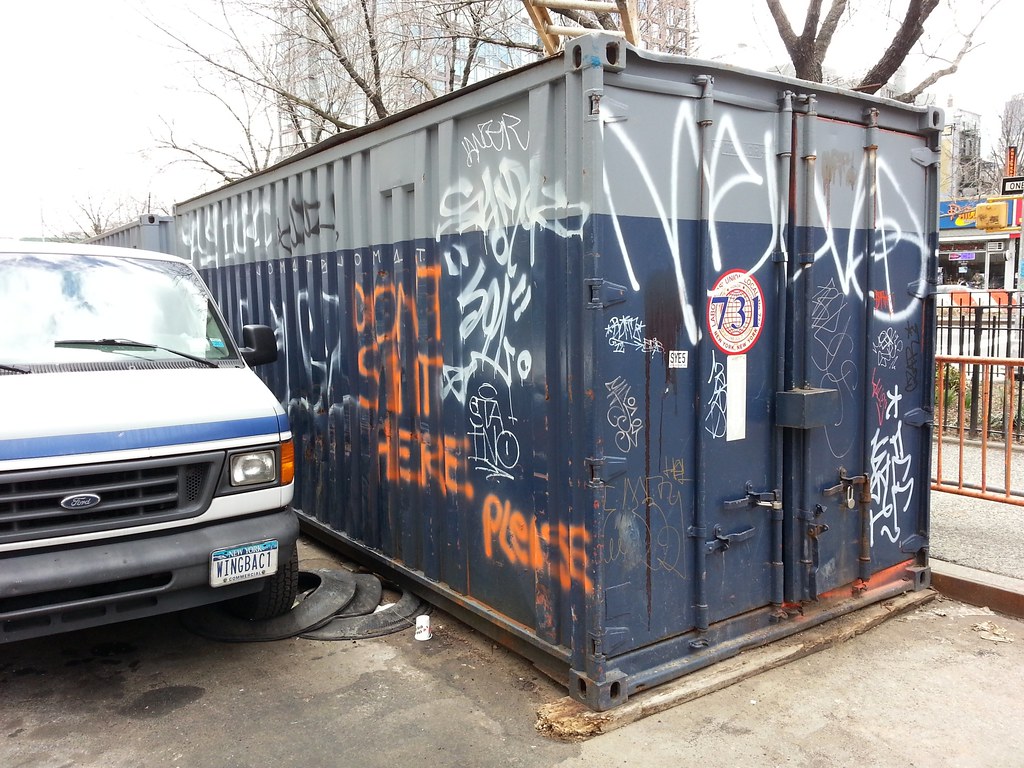 Yes, that says what you think it says. 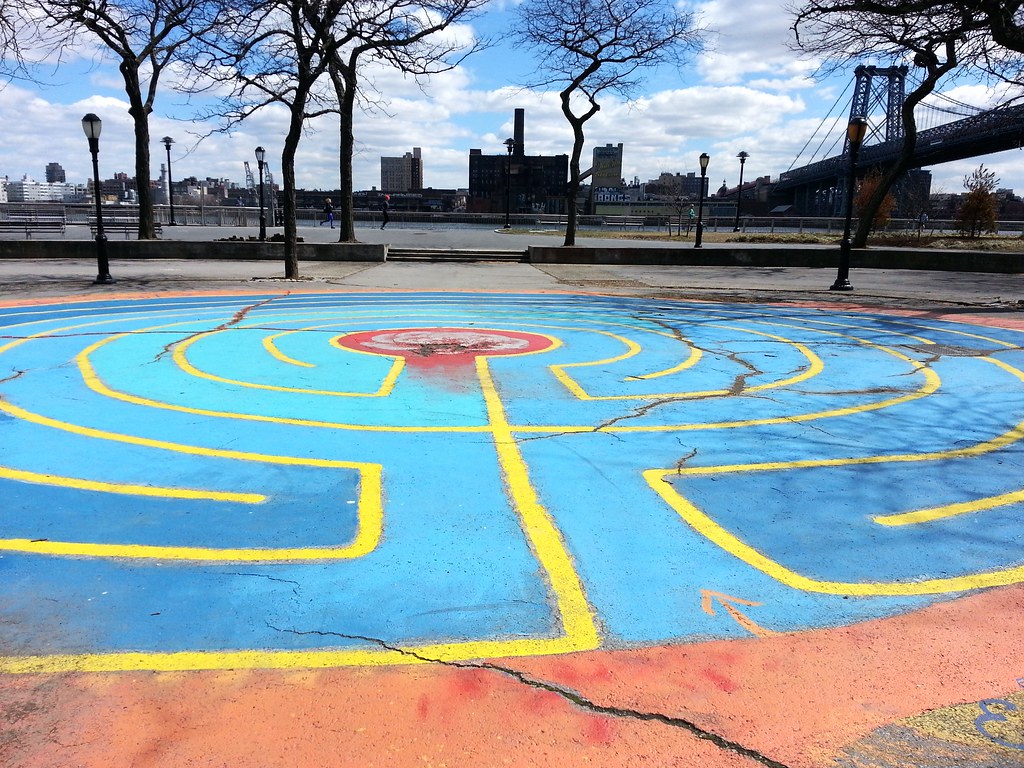 Here are the previous three.

Beneath the Williamsburg Bridge 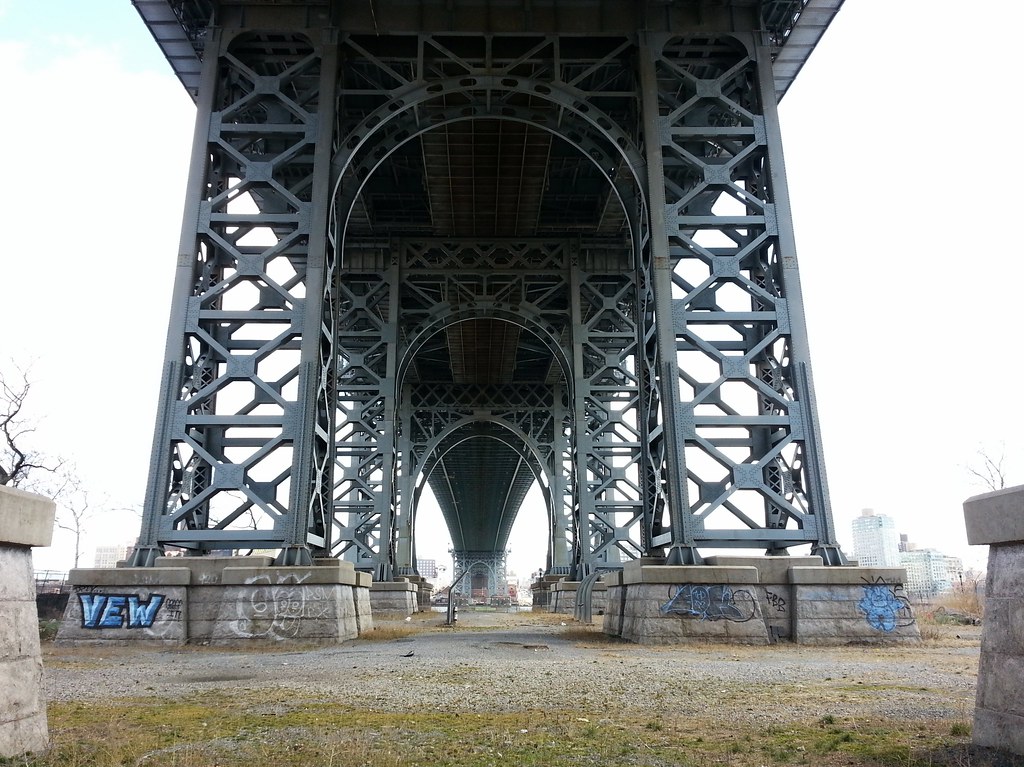 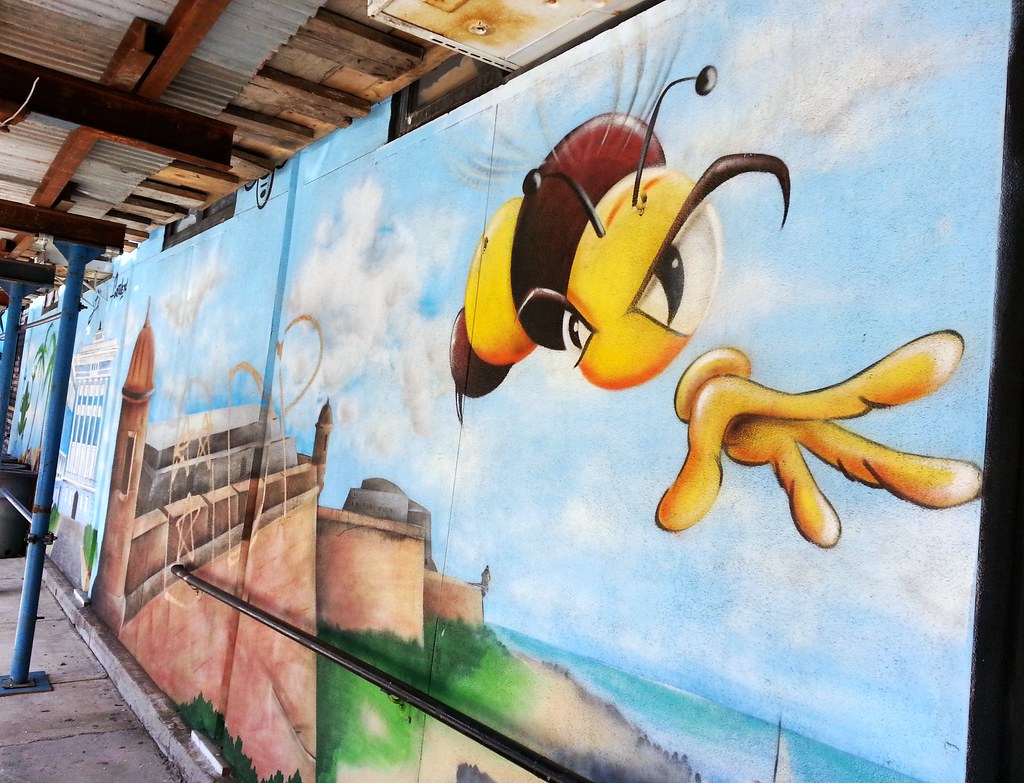 First the fire-and-brimstone tree stabber forays into Harlem, and now Kingbee's in the East Village?

UPDATE: This mural is actually a good bit older than I expected. It was already up when the Street View car drove by in May 2009. 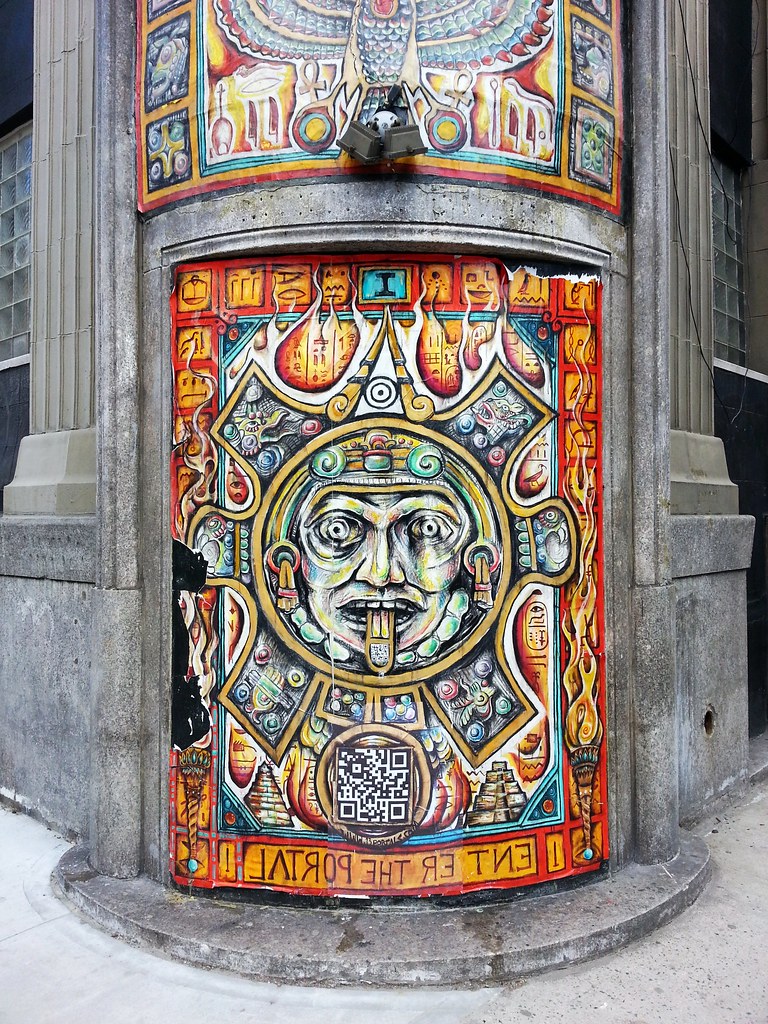 Here's a cleaned-up version of that QR code. Go for it!

Tucked right in there 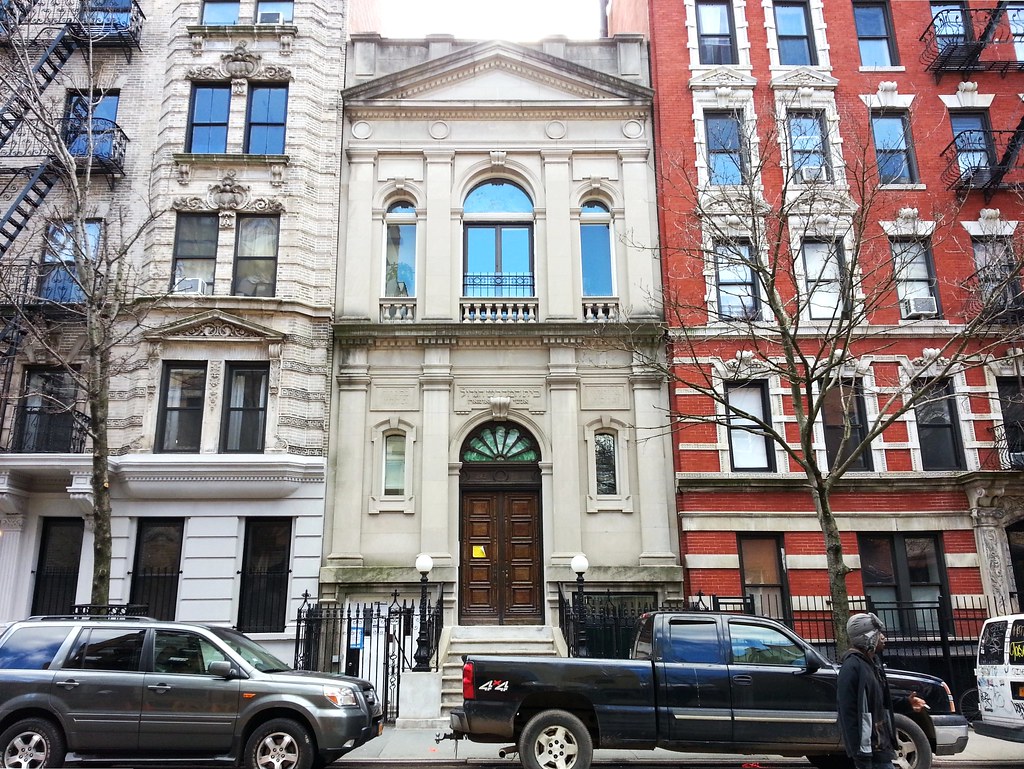 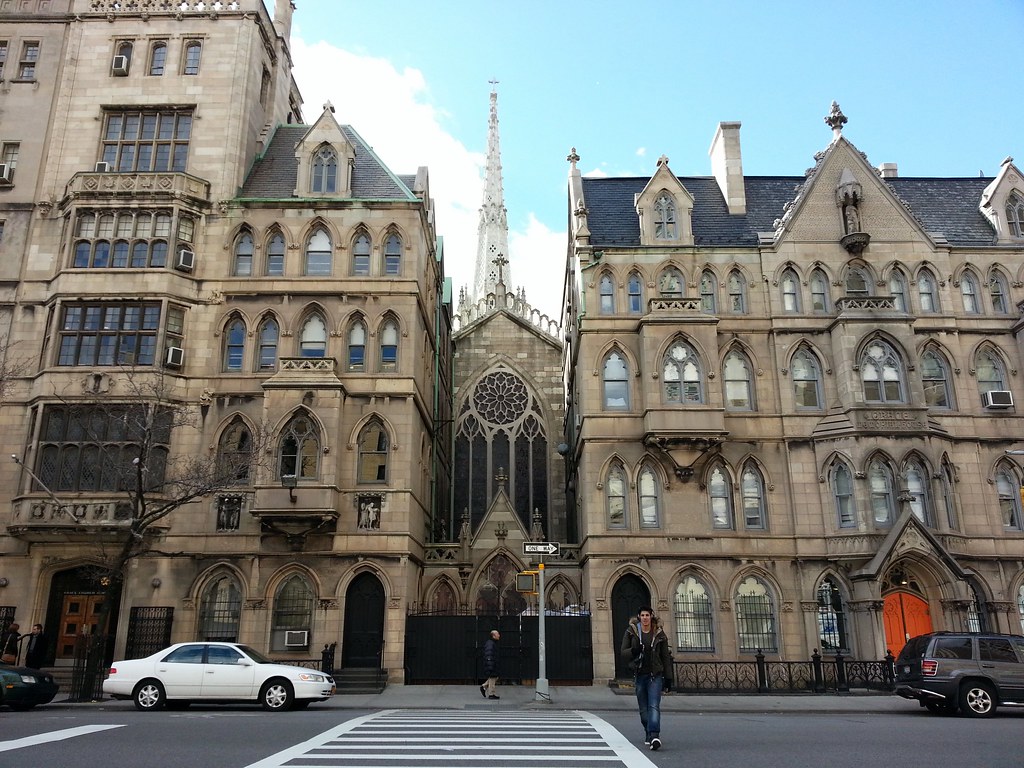 These neo-Gothic structures form the 4th Avenue side of the Grace Church complex. (You can see the church's spire rising above them in the background.) 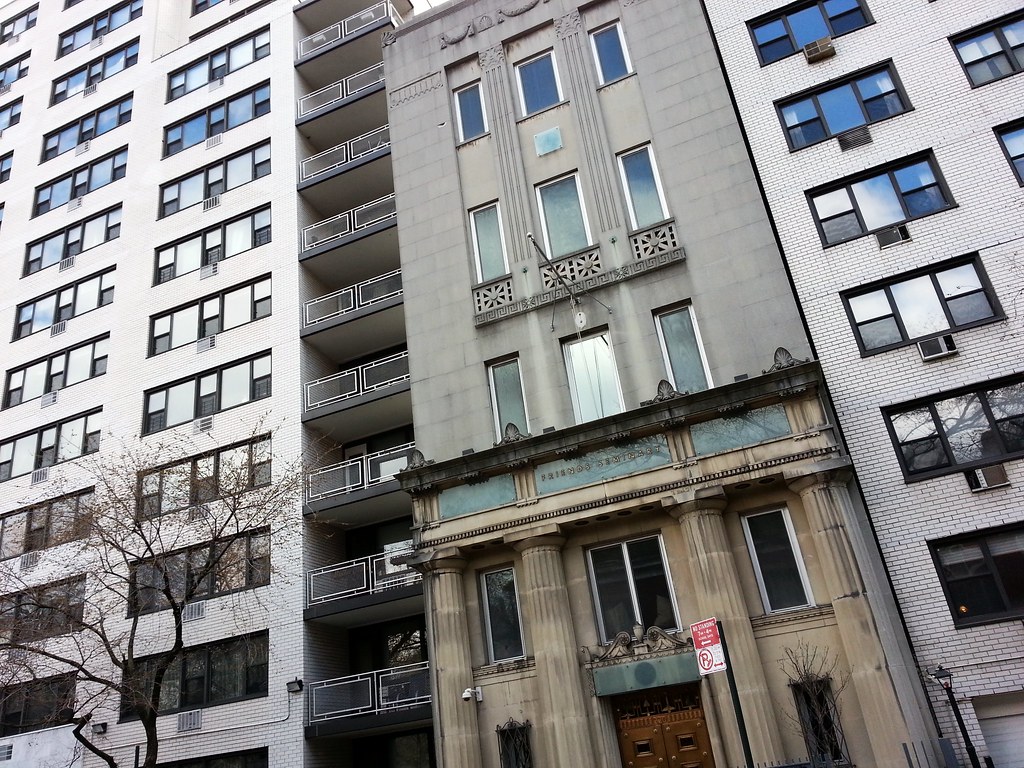 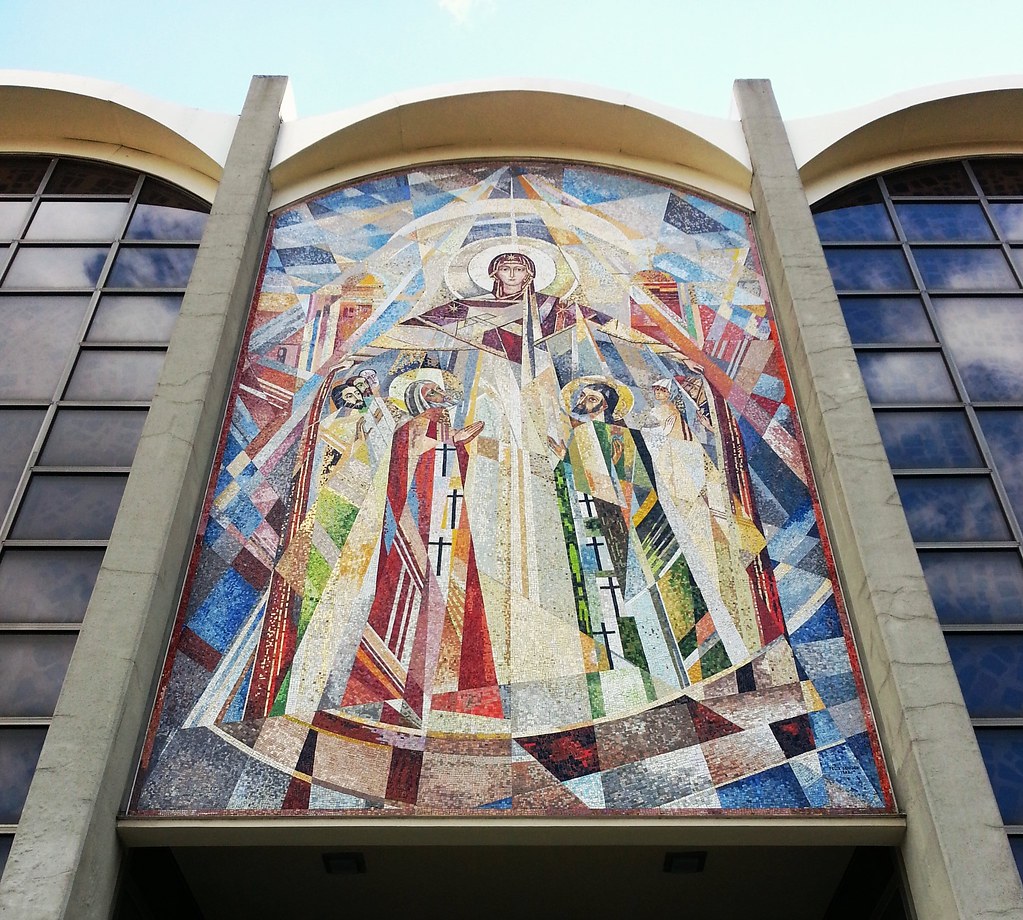 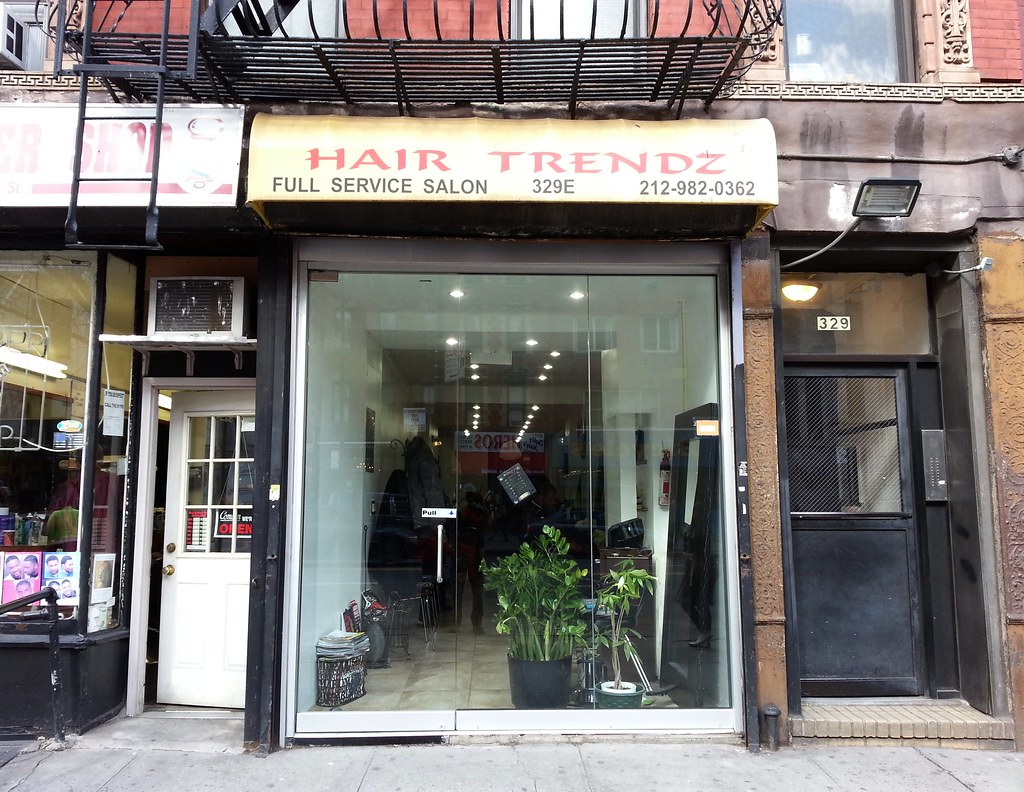 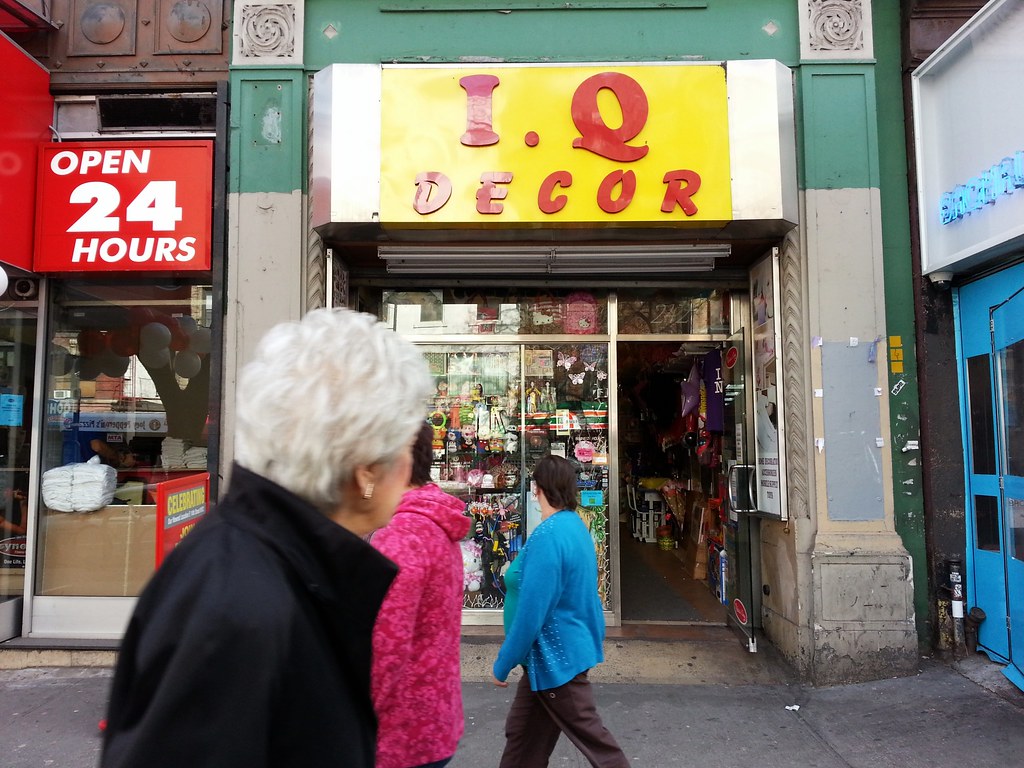 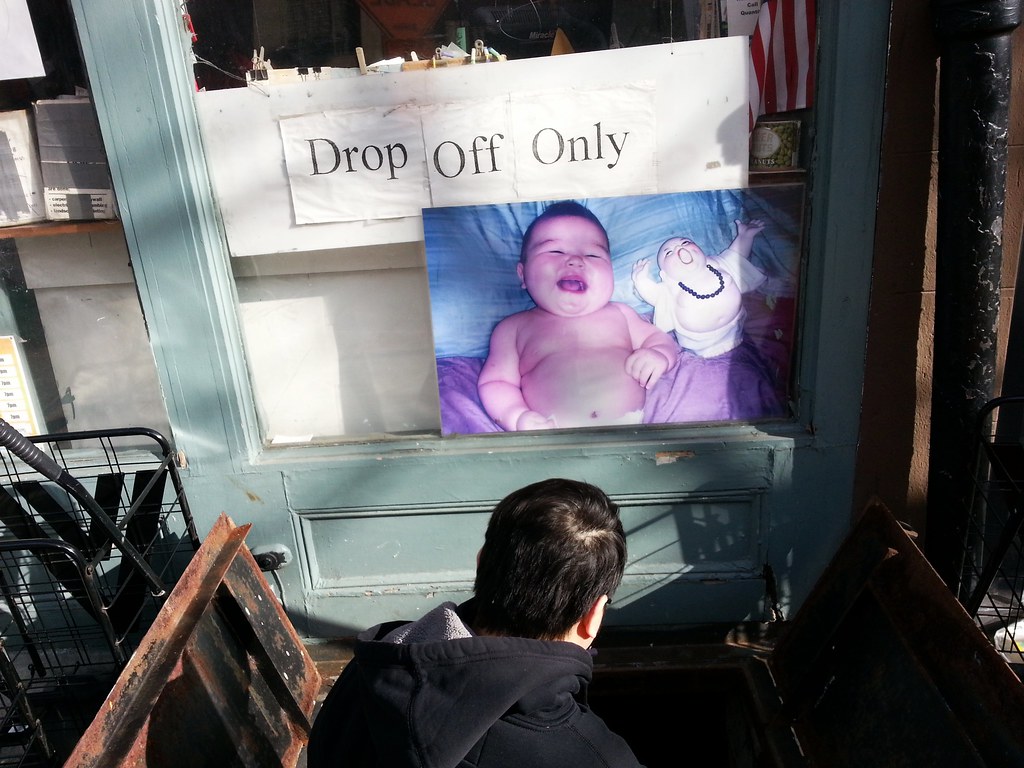 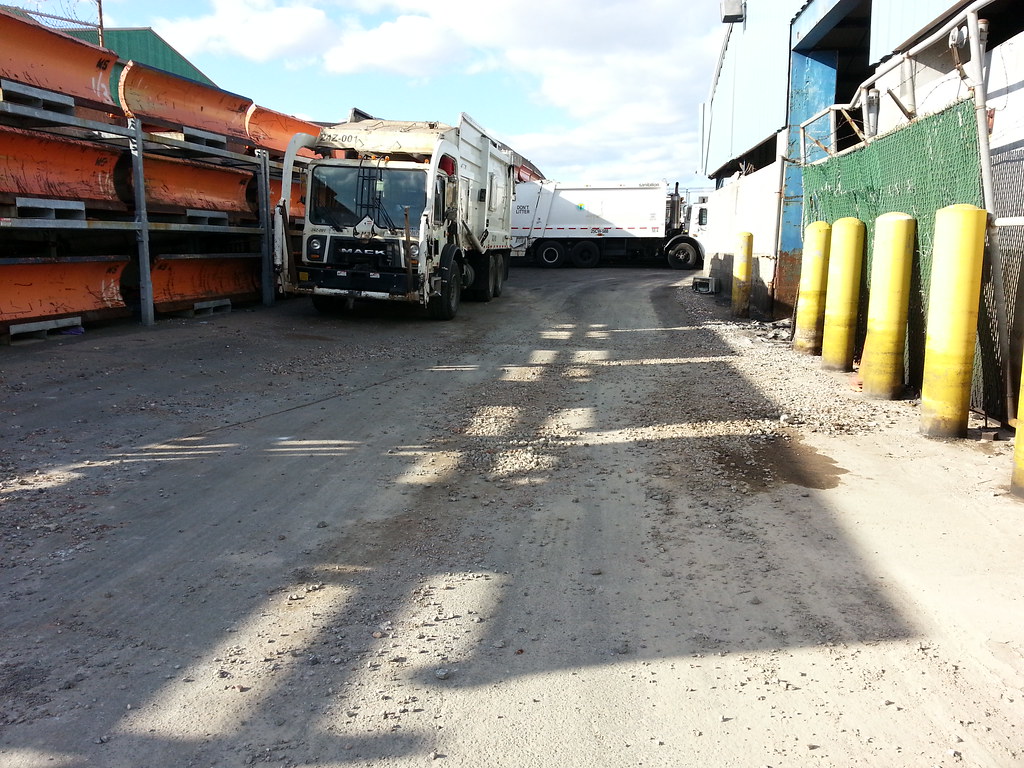 There was once a 13th Avenue in Manhattan, built on landfill out in the Hudson River in the mid- to late 1800s. It ran from 11th Street up to where it turned into 12th Avenue at a bend in the road just north of 29th Street. The exact history is difficult to pin down (here are two takes on it), but it seems that almost all of the landfill that stretched out to 13th Avenue south of 22nd Street was removed around the turn of the 20th century. An unsourced claim on Wikipedia states that this was done to create longer piers to accommodate larger ships. Since the city wasn't allowed to build any farther out into the river, it had to extend the piers inland instead.

North of 24th Street, what was once 13th Avenue is now part of 12th Avenue. And the 13th Avenue landfill still exists down to 22nd Street. But south of 22nd Street, there is only one chunk of 13th Avenue landfill still standing, and you're looking at it. Known as the Gansevoort Peninsula, it sticks out into the Hudson between Gansevoort and Little West 12th Streets, and it's home to a Department of Sanitation depot. 13th Avenue once ran along the western edge of the peninsula, just behind those snowplow blades, where a ramp now leads up to an out-of-use marine transfer station. Google Maps even goes so far as to label the ramp 13th Avenue. (The city wants to open a new transfer station on this site, by the way. Here's one beautiful, if fanciful, proposal for its design.)

Today's lifestyle and real estate reporting in the NY Times caters primarily to a class of people whose position on the social ladder towers far above that of yours truly. Back in 1898, however, the paper appears to have had a first-rate Hobo Beat reporter, as evidenced by this excellent article about the cast of characters who chose to reside on the 13th Avenue waterfront: "There are many queer homes in New York, but, in all probability, the most peculiar are the homes of two men who live, and have lived for three or four years, in the big pile of paving stones belonging to the Department of Public Works on Thirteenth Avenue, between Fifteenth and Sixteenth Streets." 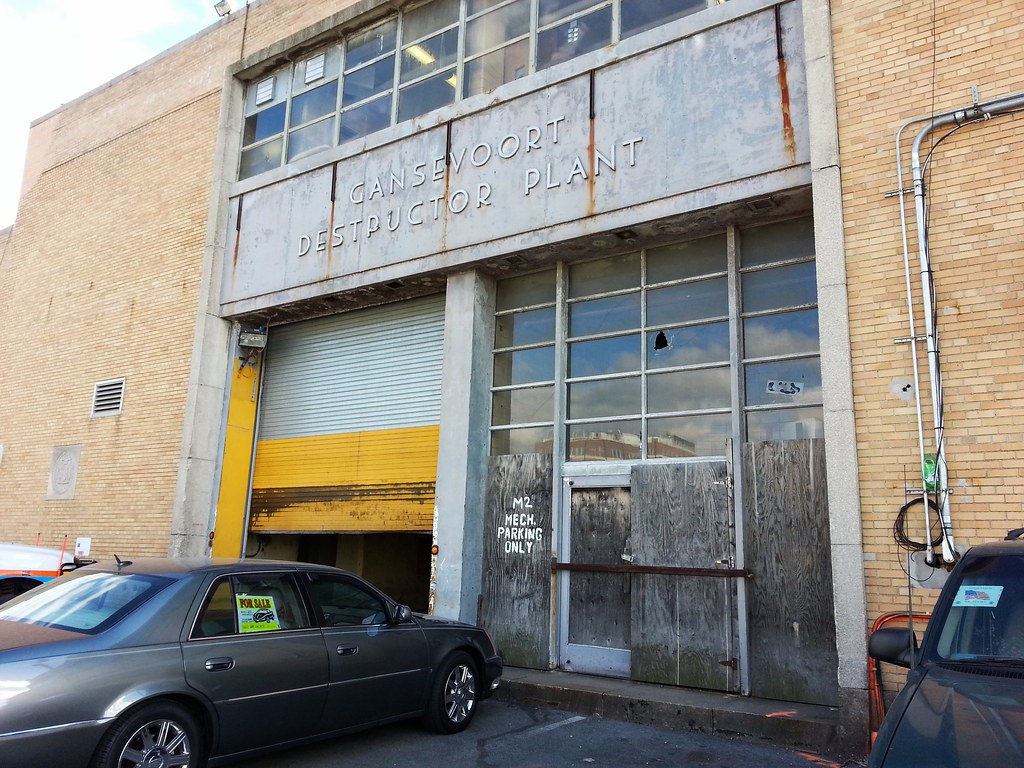 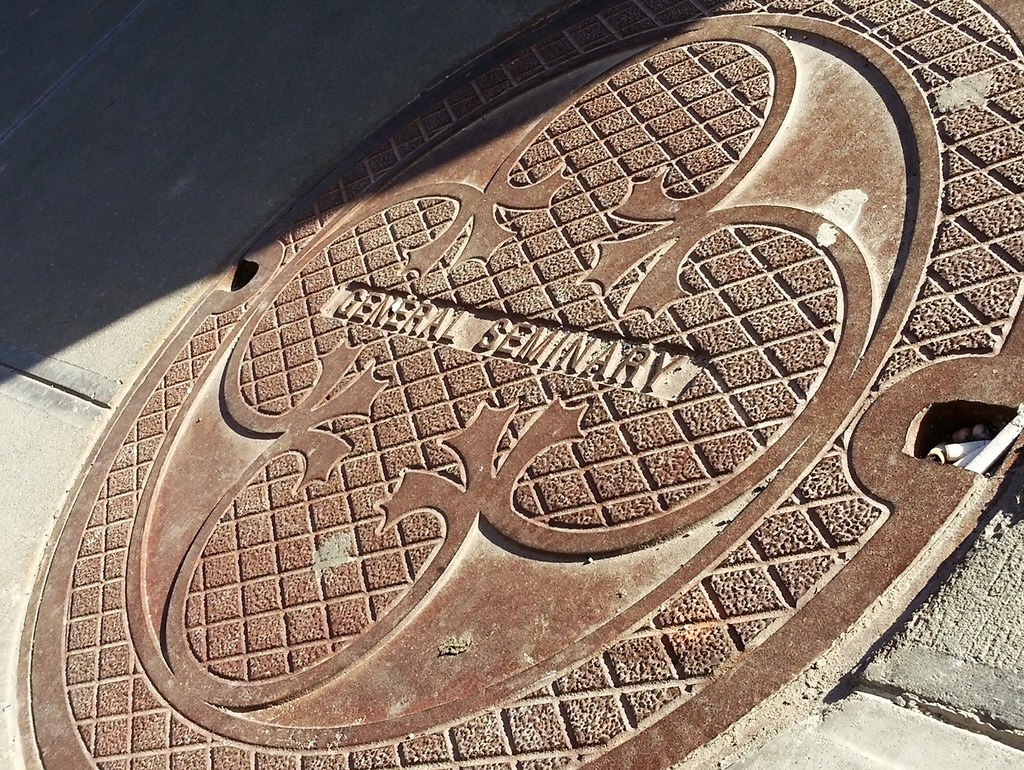 The oldest seminary of the Episcopal Church has its own manhole covers! 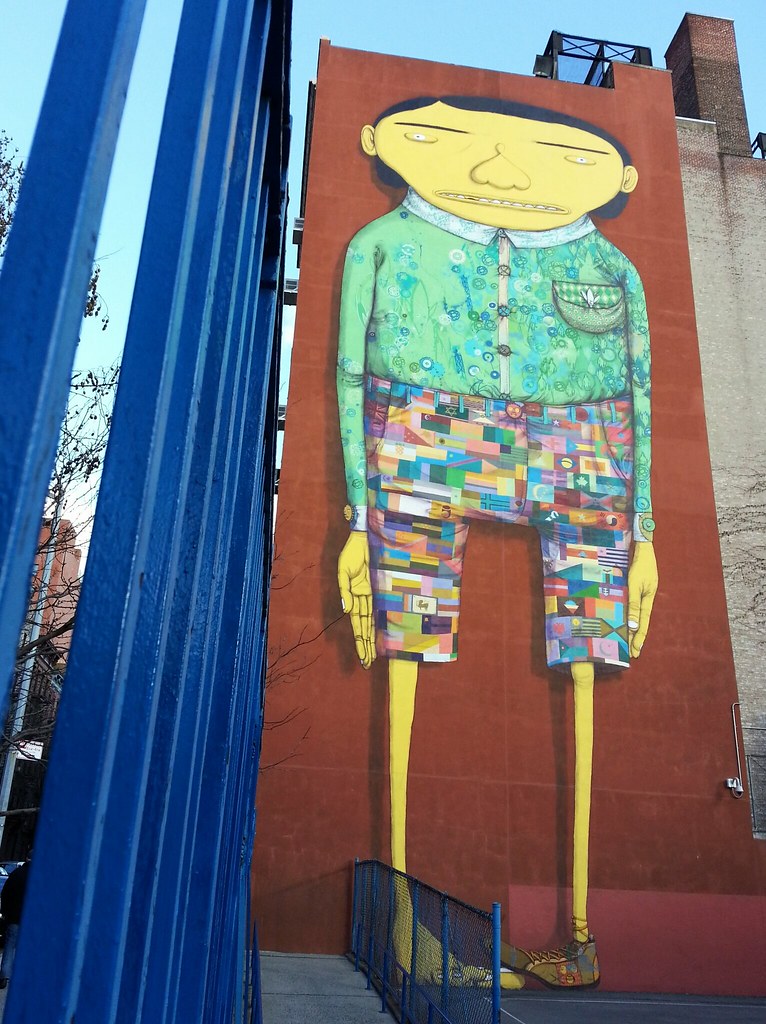 Here are some shots of the artists at work, plus some more info about this mural by Os Gemeos and Futura. 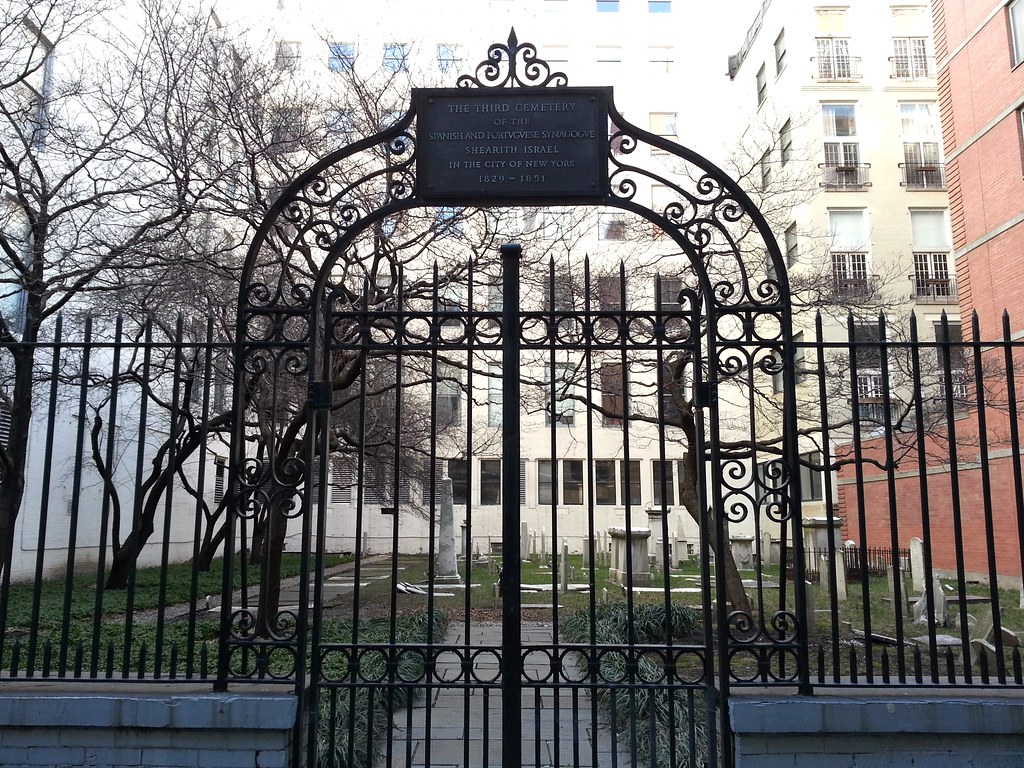 Founded in 1654, Shearith Israel was the first Jewish congregation in North America and the only one in New York City until 1825. We've already passed by its first and second cemeteries; here is the third, which served as the congregation's burial ground from 1829 to 1851. 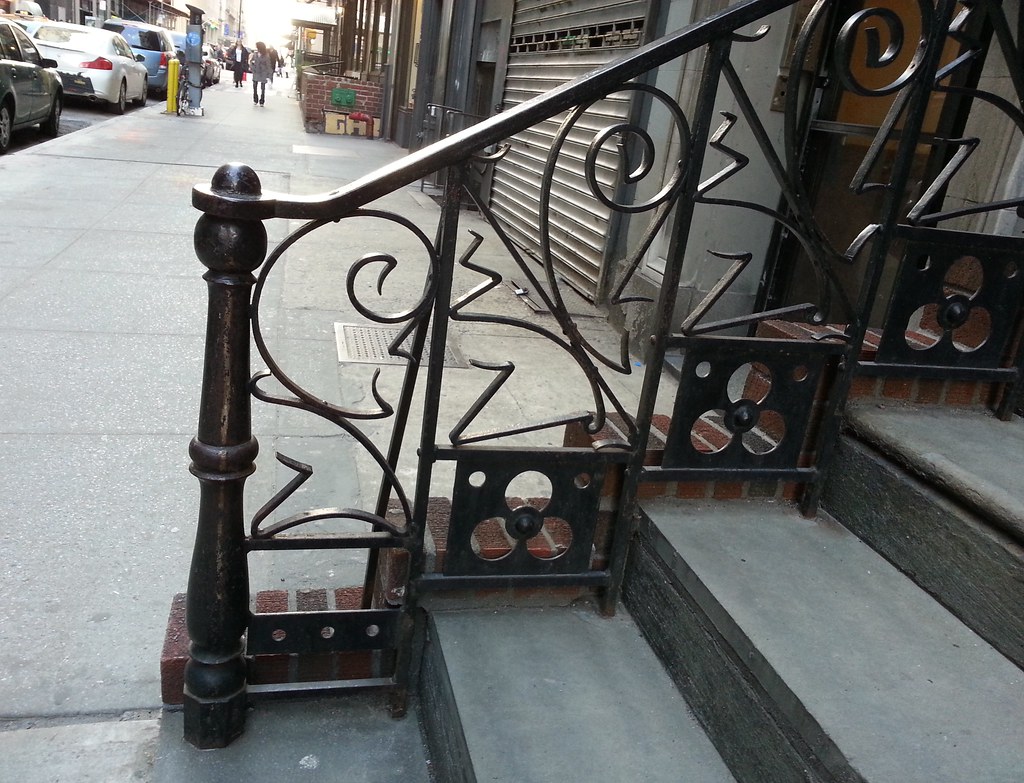 for the classic boot scraper 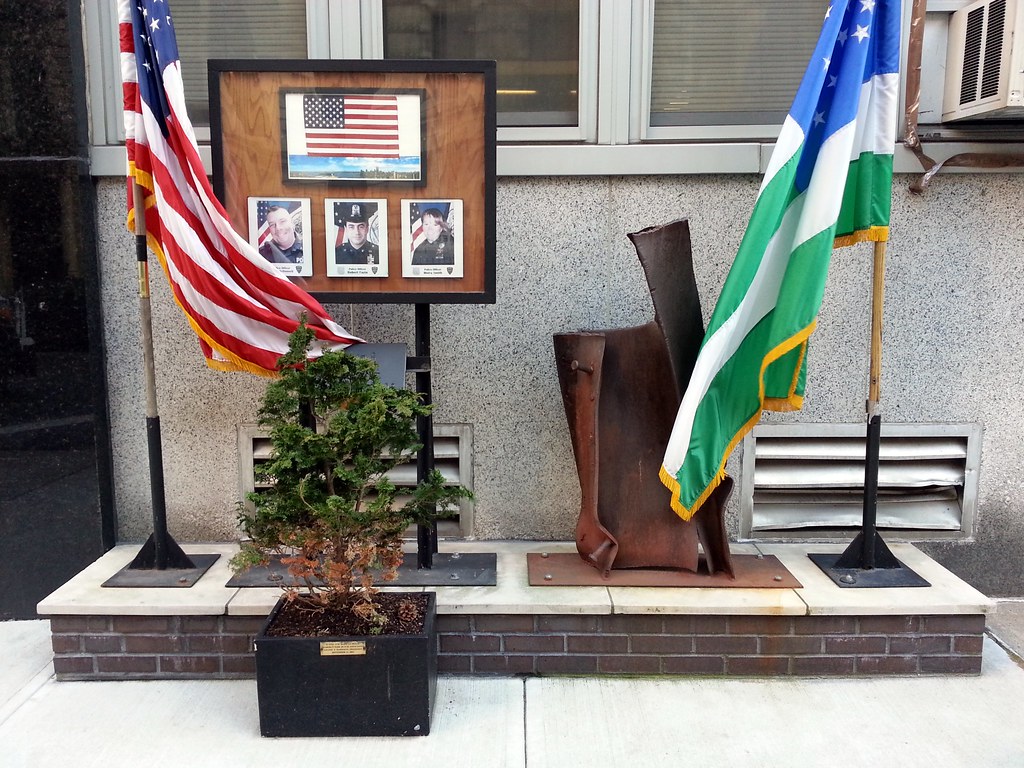 Here's a close-up. That's the NYPD flag on the right. 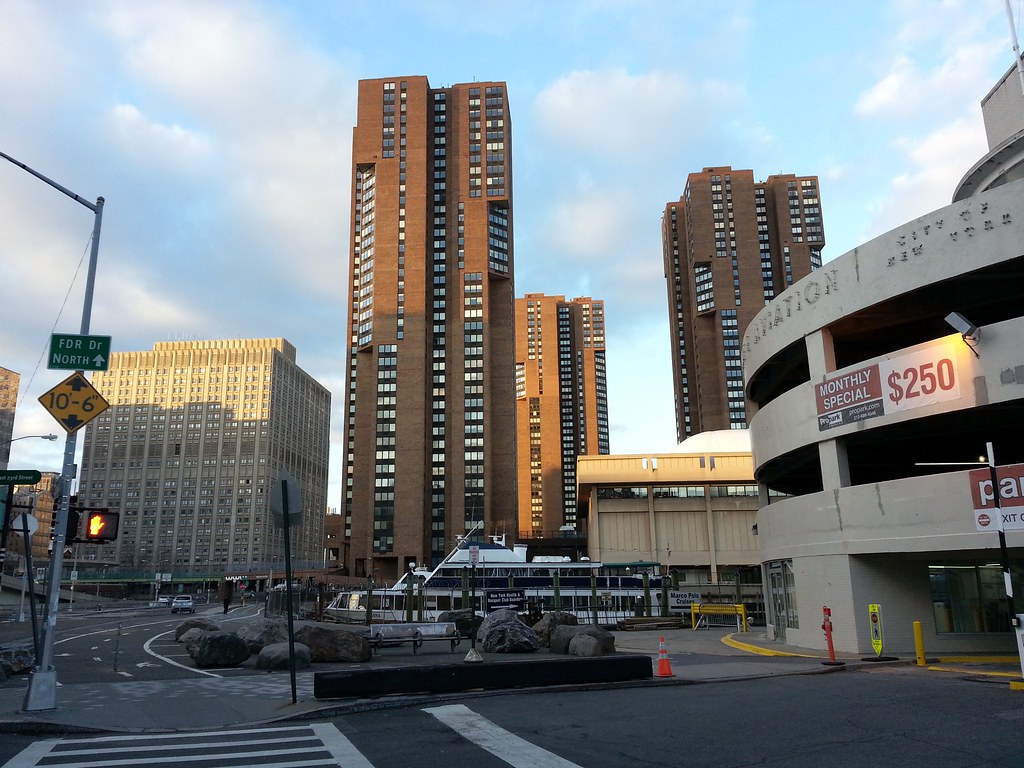 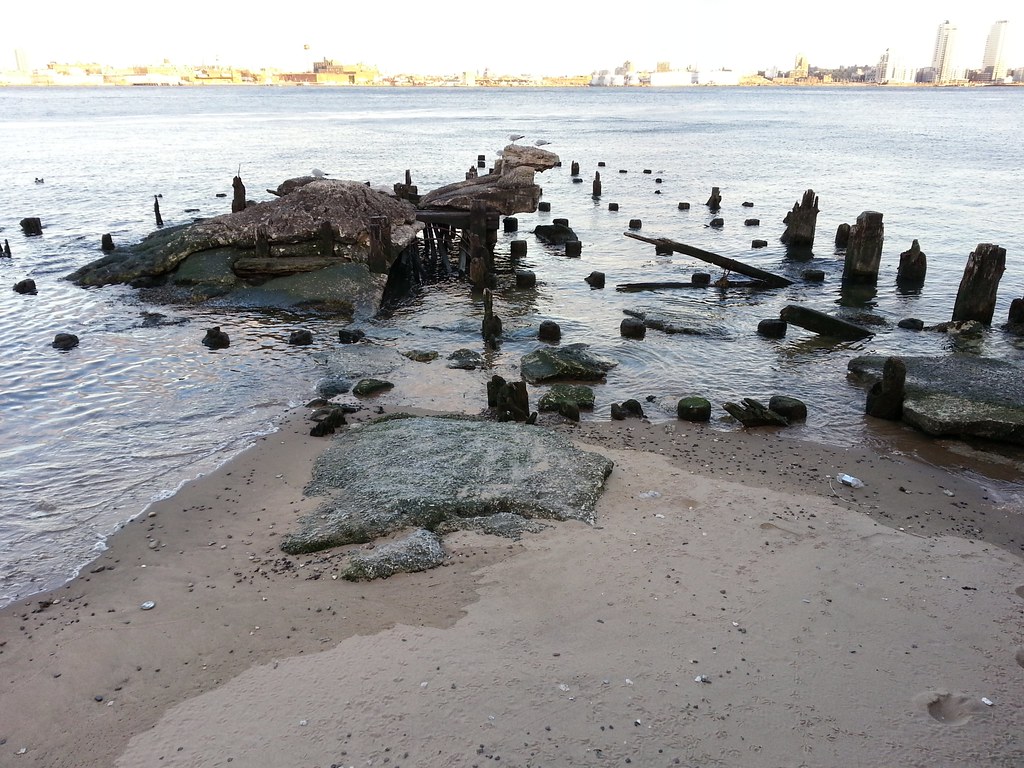 Formed around some cement that was dumped into the East River back in the 1970s, this is one of a few sandy beaches scattered along Manhattan's shoreline. It doesn't look like much, but, according to the former executive director of the Stuyvesant Cove Park Association: "Just to see the water lapping on the shore of that beach — it's so restorative to one's psyche." You can find more photos of the beach here, about halfway down the page.

Low in the sky 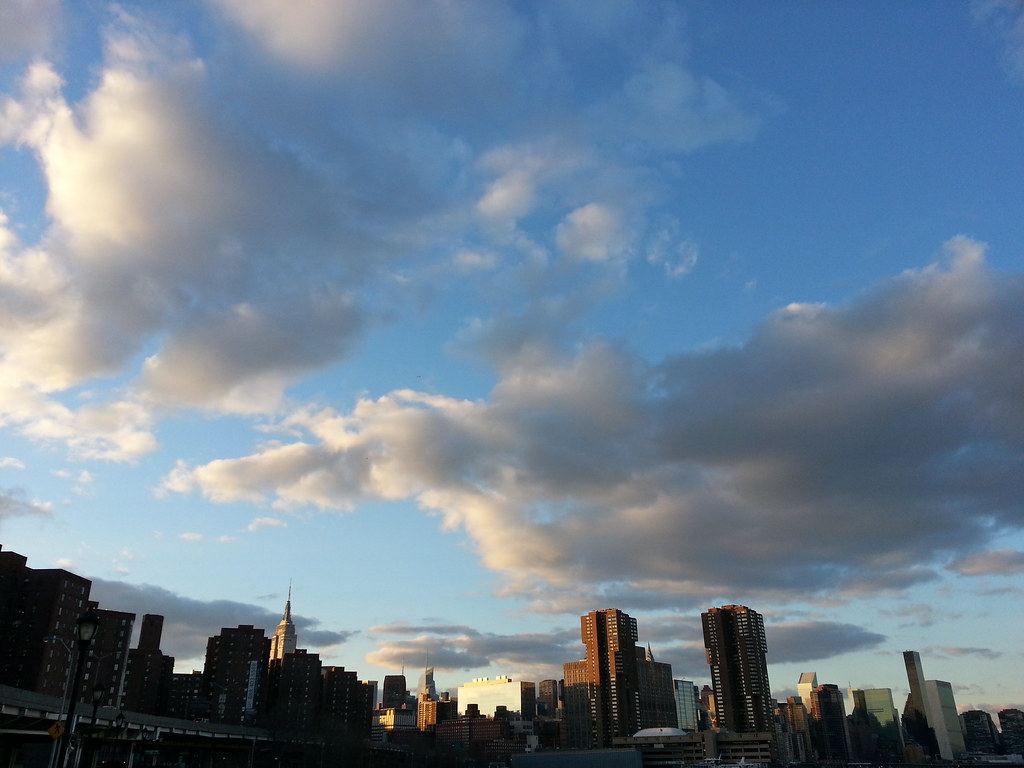