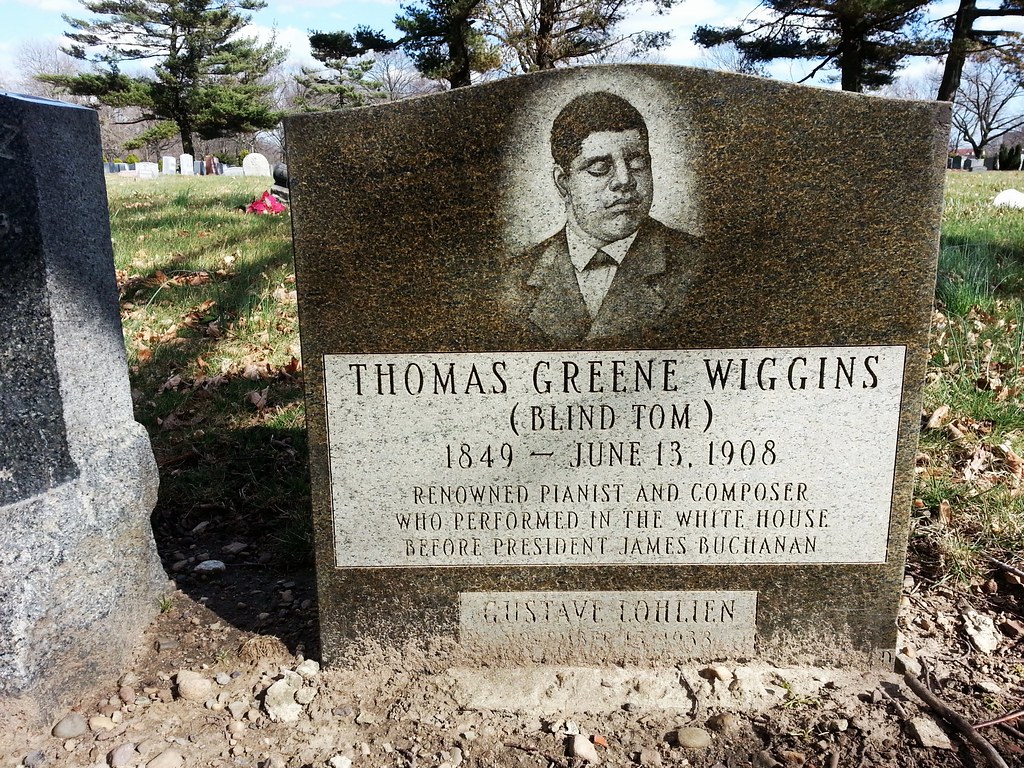 A sightless musical savant born into slavery in 1849, Blind Tom had an amazing ability to mimic any sound he heard, whether vocally or on the piano. Billed as something of a circus freak, he was put on tour by his owner for many years. Mark Twain attended a few of his performances, recalling:

If ever there was an inspired idiot this is the individual. . . . Every time the audience applauded when a piece was finished, this happy innocent joined in and clapped his hands, too, and with vigorous emphasis. It was not from egotism, but because it is his natural instinct to imitate pretty much every sound he hears. When anybody else plays, the music so crazes him with delight that he can only find relief in uplifting a leg, depressing his head half way to the floor and jumping around on one foot so fast that it almost amounts to spinning . . . And when the volunteer is done, Tom stops spinning, sits down and plays the piece over, exactly as the volunteer had played it, and puts in all the slips, mistakes, discords, corrections, and everything just where they occurred in the original performance! He will exactly reproduce the piece, no matter how fast it was played or how slow, or whether he ever heard it before or not. The second night that I attended, two musical professors sat down together and played a duet, which they had composed themselves beforehand for the occasion. It was wonderfully tangled and complicated, wonderfully fast in movement, and was bristling with false notes. In the midst of it "Yankee Doodle" was interpolated, but so mutilated with intentional discords that one could not help writhing in his seat when they rattled it off. The bass was a brilliant piece of complication, and fitted the composition about as well as it would have fitted any other tune — just about. When the piece was finished, Tom stopped spinning and took the treble player's place alongside the bass performer, and clattered it furiously through, with his nose in the air, and never missed a note of any kind; and when he faithfully put in the ludicrous discords in "Yankee Doodle," the house came down. Then the treble man came back, and Tom took the wonderful bass and played it perfectly.

Tom also composed many songs of his own, including musical translations of a sewing machine and a rainstorm. You can hear the latter being played by a modern-day pianist here.