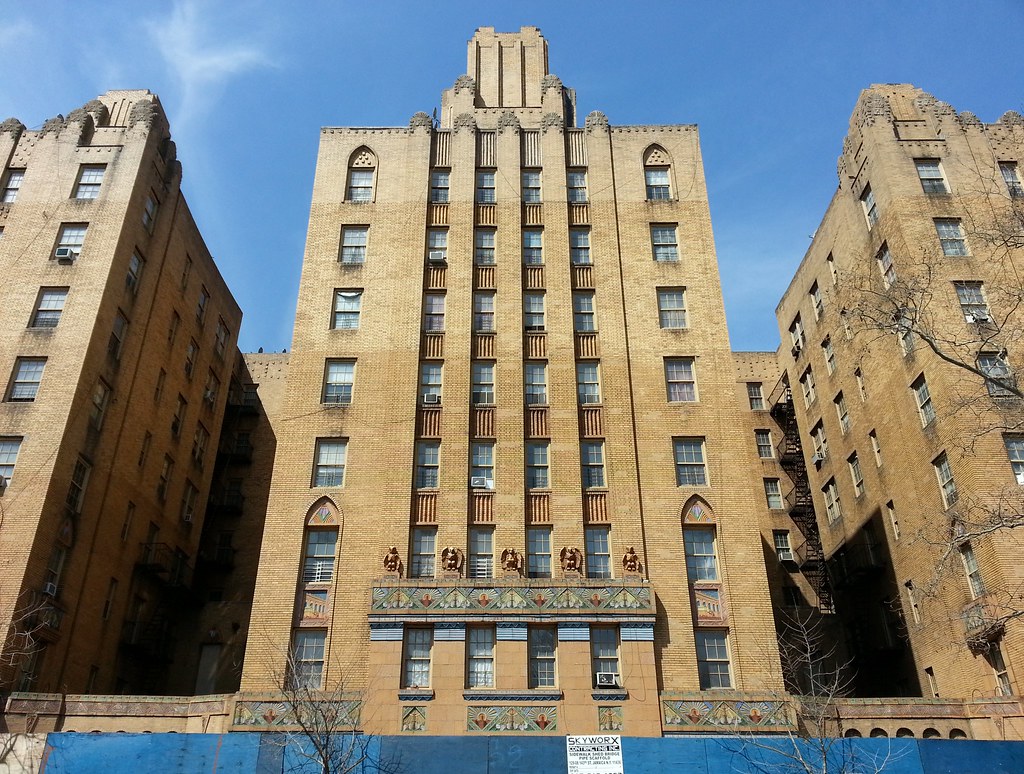 The Park Plaza is one of the first Art Deco apartment houses to have been built in the Bronx. Its designer, Marvin Fine, knew of and consciously synthesized the major elements of the new modernistic skyscraper style being developed in Manhattan by Raymond Hood and William Van Alen, and adapted them to the lowrise apartment houses of New York's residential neighborhoods. One of the handsomest Art Deco buildings in the Bronx, the Park Plaza was a pioneering work which helped change the face of the borough.

Here's a close-up of some of the beautiful terra cotta work.