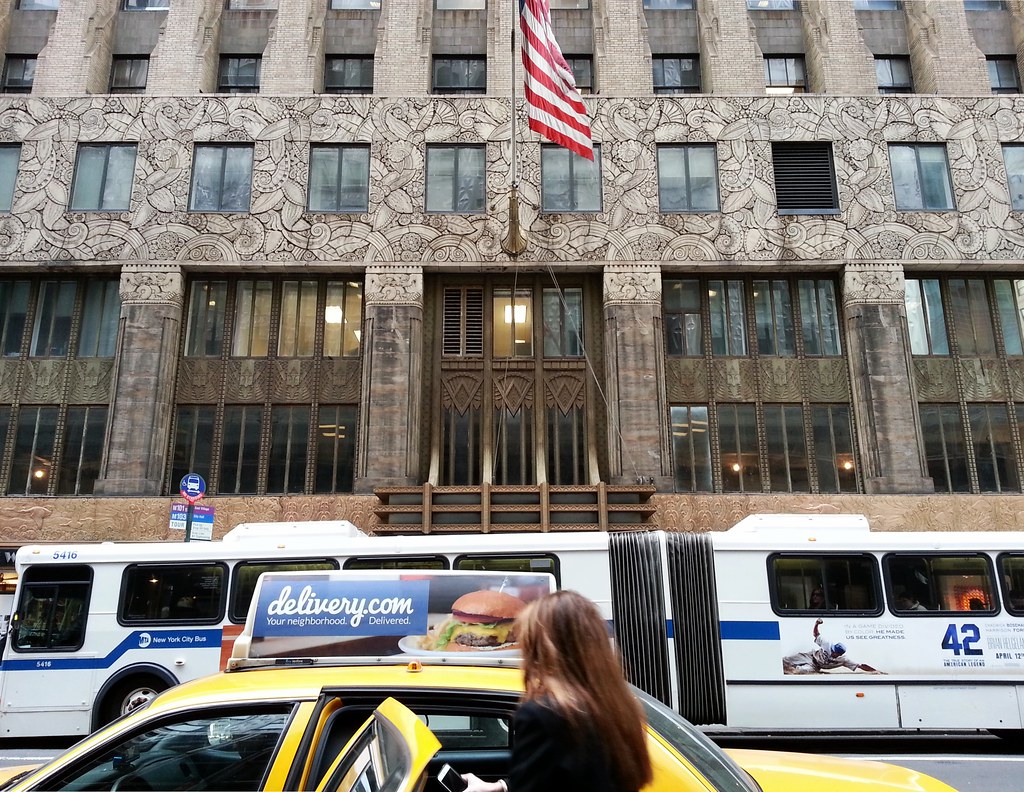 Although it's been surpassed in height by many nearby buildings since its 1929 completion, this "exuberant Art Deco" skyscraper was once a prominent feature in the Midtown skyline. Here's a great video of a daredevil named Benni doing his "acrobatic lamppost act" on top of the building in 1933.