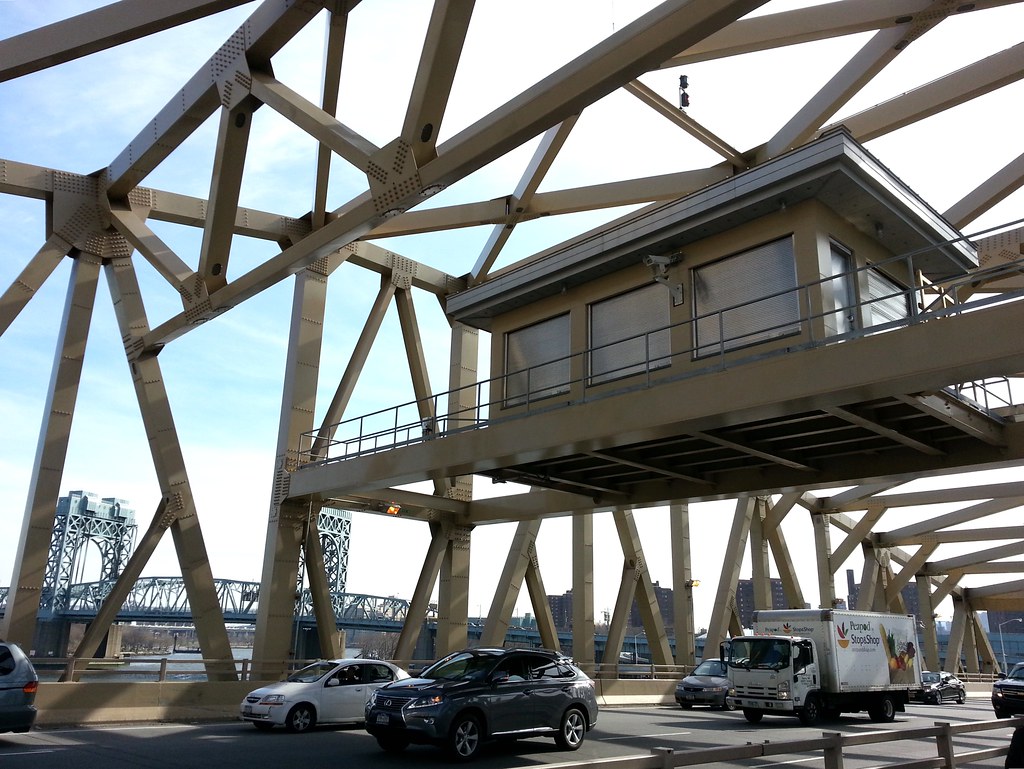 Back on a mid-July day in 2010, as I was making my way across central Montana, people were standing along the banks and bridges of the Hudson River in upstate New York, gawking at this 2,400-ton structure gliding downstream toward New York City, perched atop two barges that had been welded together specifically for the task. After a fortnight of R&R in New Jersey, it was hauled up the East River to this spot on the Harlem, where it would soon replace the original Willis Avenue Bridge. In an attempt to preserve the old bridge (as required by funding agreements with the federal and state governments), the city offered to sell it to any interested party for $1 — and provide up to 15 miles of free shipping — but there were no takers. Instead, it was floated to a junkyard in Jersey City, where it was dismantled and sold for scrap.

(That's the Harlem River span of the Triborough Bridge in the background.)