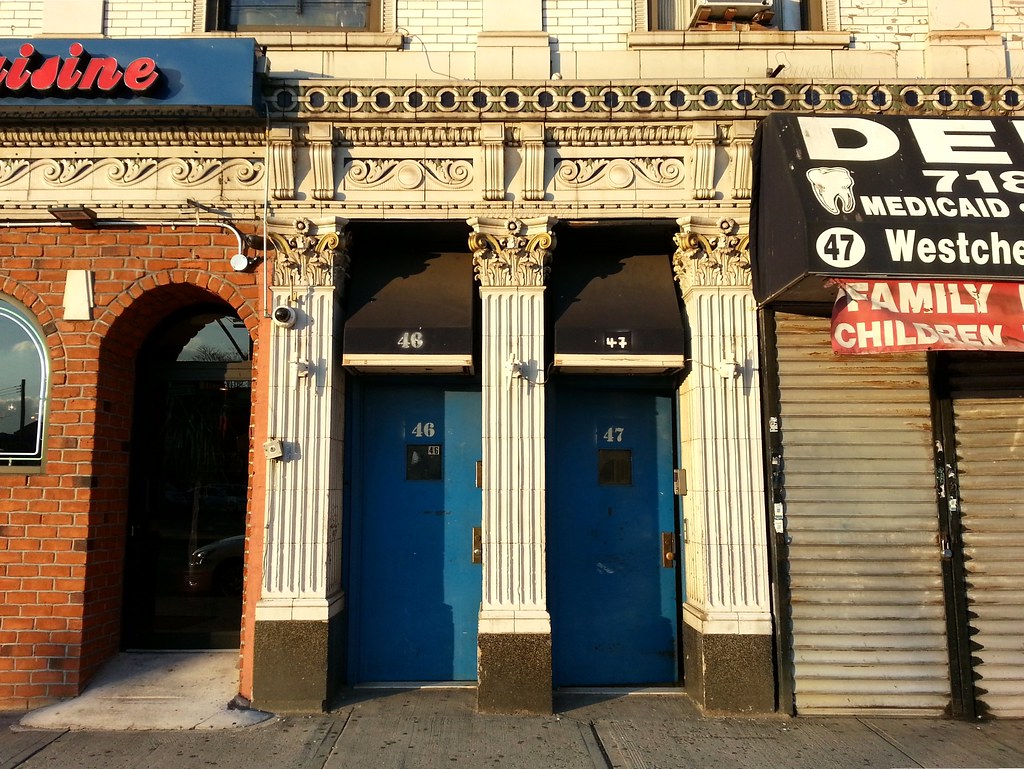 According to Forgotten New York:

The story goes, though, that a magnificently apportioned building between Ponton and Roberts Avenues on East Tremont was built as a theater, but never got to fulfill its builders' ambitions. It features glazed white brick that glistens in the afternoon sun, and time hasn't dulled its rich terra cotta figures like the lyre and . . . mask over its front entrance. Locals call it "the white elephant."