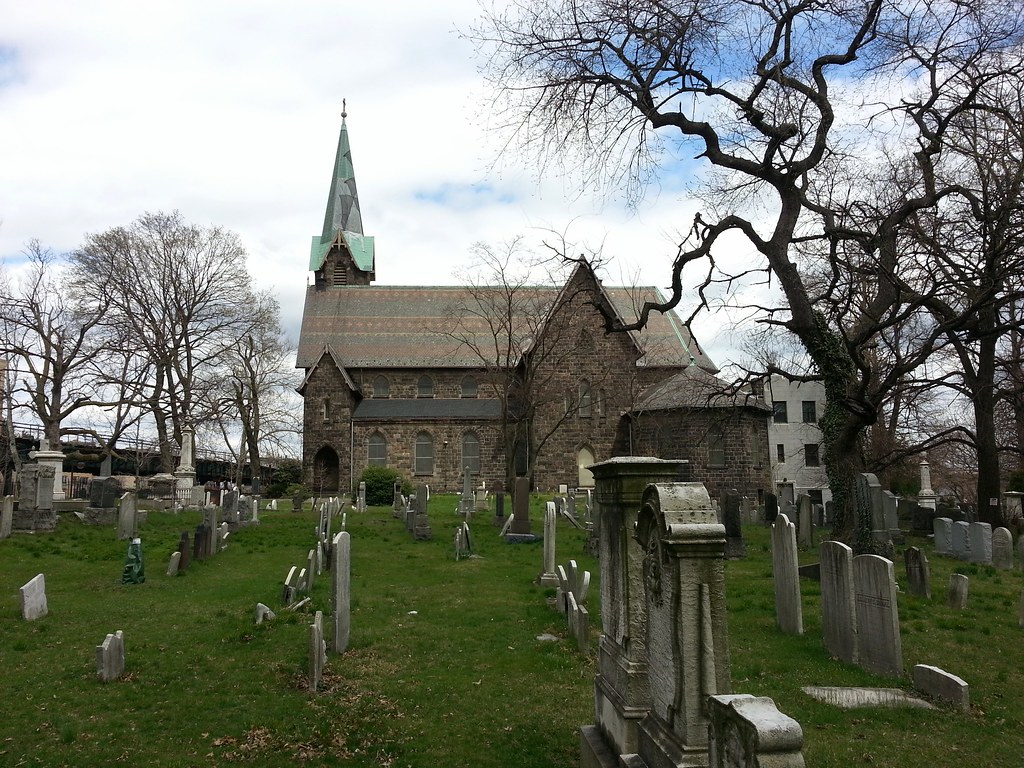 The parish of St. Peter's, one of the oldest in New York City, was organized in 1693 following an act of the Colonial Assembly "for settling a ministry and raising a maintenance for them in the County of Westchester." It was not until 1700 that the town meeting house, previously used for religious services, was abandoned, and a church was erected. . . . The church was situated on the town green adjoining the county court house and jail, the same site as that of the present structure [completed in 1855; interior pictures here].