The Chair in the Square 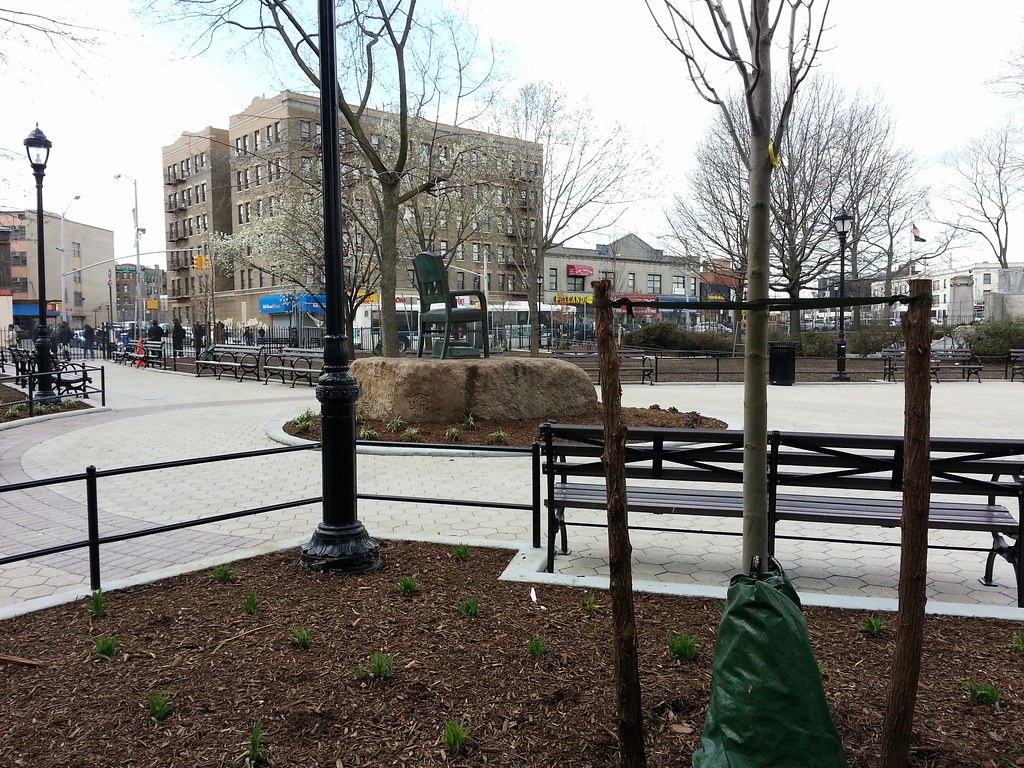 Owen Dolen Park in Westchester Square is currently closed for reconstruction, but you can still catch a glimpse of this unusual monument inside it. According to the Parks Department:

This bronze piece by New York City artist David Saunders (b. 1954) depicts an armchair and open dictionary set on a granite boulder. The four-foot-high bronze armchair is decorated with a laurel wreath and stars and stripes while the boulder is engraved with wild boars.

The images of the wild boars are reminiscent of prehistoric cave paintings found in Lascaux, France. These are meant to suggest the emotional side of human nature, and contrast with the color plate of “Common Birds of America” that is depicted on the open page in the dictionary underneath the seat, symbolizing human objectivity. The motif of the chair is borrowed from 19th century monuments to figures of stature, who are often depicted seated and surrounded by symbols of learnedness. When the piece was unveiled the artist explained that the empty chair allows the viewer to picture him or herself in the chair; in this way Saunders creates a monument to everyone. In fact, Saunders’ piece is a homage to many works of art; the granite is from the same quarry that supplied the pedestal for the Statue of Liberty (1886) and the artist’s inspiration for the boulder comes from Frederick George Richard Roth’s (1872–1944) Balto (1925) in Central Park.