And just across the way… 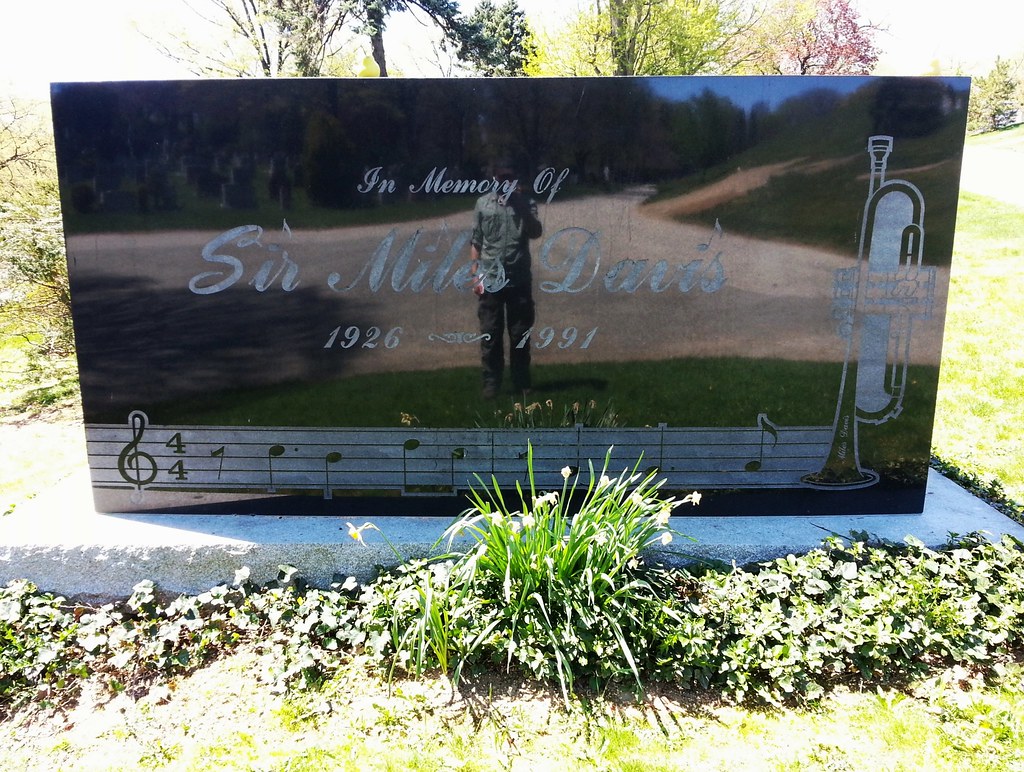 Woodlawn's "jazz corner" (see next post) began to take shape back in 1992, when Miles was laid to rest near the Duke. Here's what the co-author of Davis's autobiography had to say about the two great musicians spending eternity together:

Their spirits are running back and forth . . . They probably got all the worms and everybody doing it. Two people like that together, the energy force of the spirits, the ancestral spirits and their own genius must be too heavy. There must be some heavy stuff.

In case you were wondering, and even if you weren't, those are the first two measures of "Solar" engraved on the stone. While searching for a recording of that tune, I found Davis's beautiful rendition of a song that has been a favorite of mine ever since I walked through Wisconsin.

(For the record, this is not the only Miles Davis monument that can be found in the Bronx.)

(Also, for the record, someone had left Miles an offering of two pears on top of his headstone.)