The sinking of the Titanic 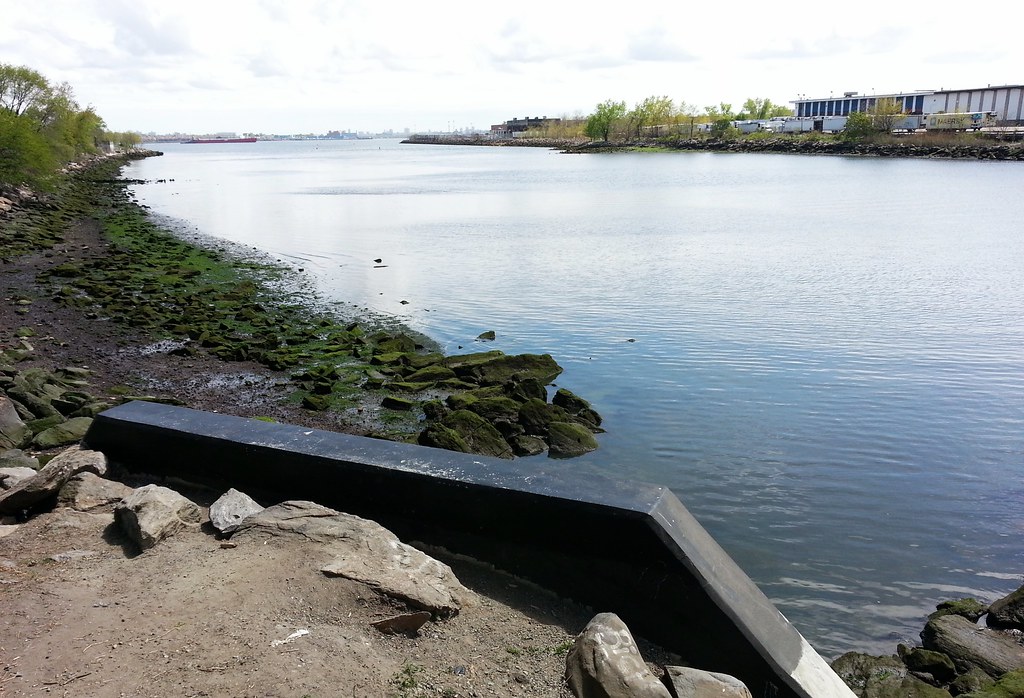 Nearly a century ago, in 1914 or 1915, the southernmost stretch of the Bronx River, seen here from the shore of Soundview Park, stood in for the frigid north Atlantic during the shooting of a film re-enactment of the Titanic disaster. According to our old friend John McNamara:

Carpenters built a realistic hull of the transatlantic liner, complete to portholes and lifeboats, which was then anchored in the river. Extras were hired, provided they knew how to swim, and the final touch was a replica of an iceberg — a jagged combination of wood and canvas, painted a dazzling white, that was towed past the Titanic.

Actual filming was done at night under flares and arc-lights, and Hunts Pointers on shore watched the extras diving and jumping overboard, the repeated scenes of life-boats being lowered, and the sinking of the big ship. This last was accomplished by having the Titanic collapse in horizontal sections until the funnels were at waterlevel. The scenes were shot over and over again, until the wet actors and actresses shook with cold despite the mild weather.

You can read Mr. McNamara's article in its entirety here. (The "work-shops, dressing-rooms and studios" it mentions were located just across the river in Hunts Point.)