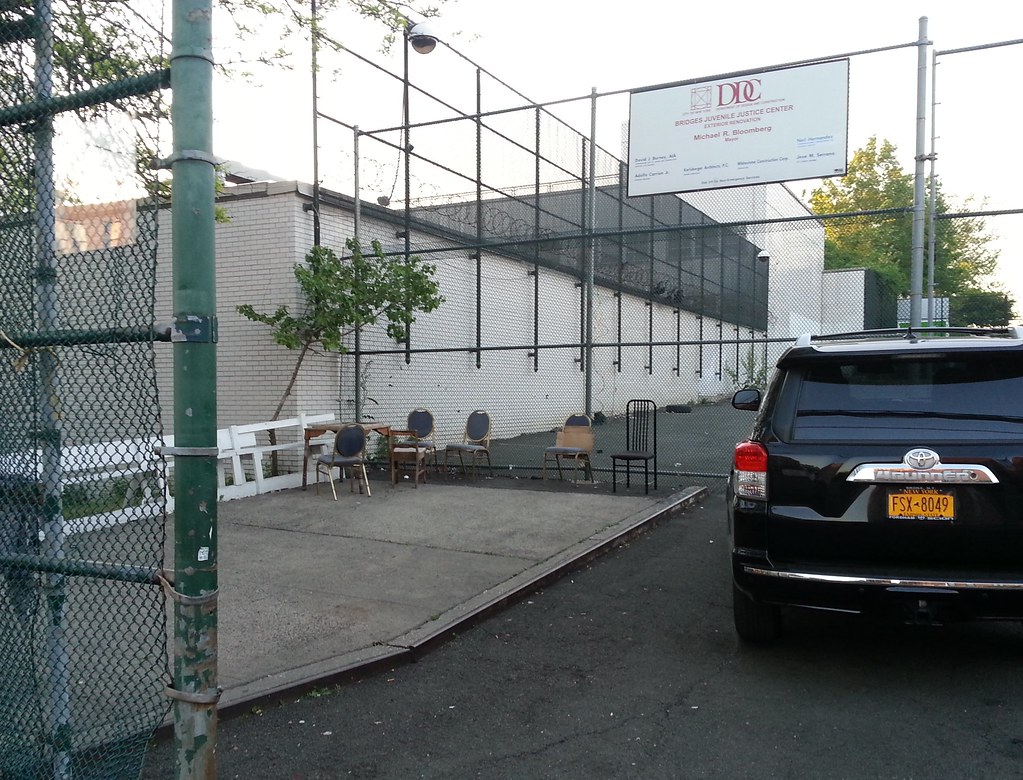 I've previously seen a group of gentlemen, who looked like regulars, hanging out during the day in this weird piece of no man's land — a small, mostly fenced-in area lying between Spofford Avenue and a locked gate of the once-notorious Spofford Juvenile Center (later renamed Bridges Juvenile Justice Center), which closed in 2011. It doesn't seem like much, but this little spot offers all you really need: a relatively quiet place to sit in the shade of a large tree (not to mention the tiny tree that appears to be bent directly over the table and chairs).