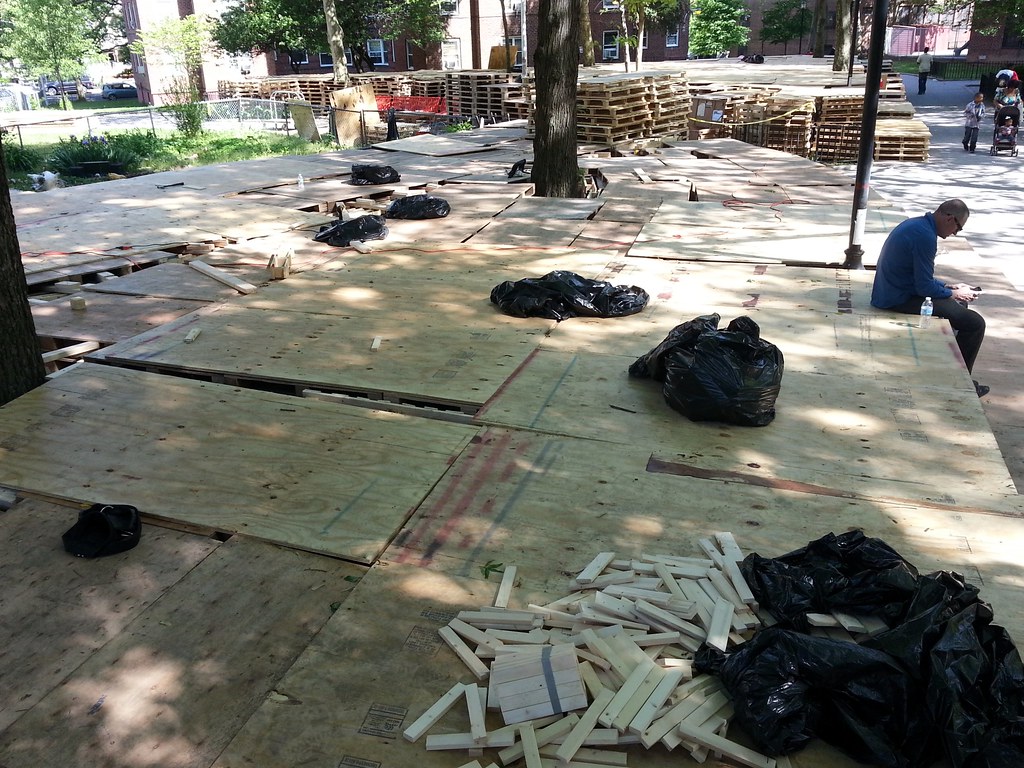 It was quite a surprise to come across this massive wooden pallet structure standing in the middle of the South Bronx's Forest Houses. As it turns out, this is the early stages of Thomas Hirschhorn's Gramsci Monument, a tribute to Antonio Gramsci, the Marxist Italian political theorist and philosopher. Residents of the housing project have been hired to build the monument, which will eventually consist of "a bridge and a series of 'houses' that will include a library, theater platform, workshop area, lounge, Internet corner, and the Gramsci Bar, which will be run by local residents." The whole thing is scheduled to open on July 1st and run until September 15th. You can find much more information on the monument's official website. (That's Mr. Hirschhorn sitting on the edge of the pallet-platform, by the way.)