Yeast and Mushrooms, or: A Hill Full of Fungi 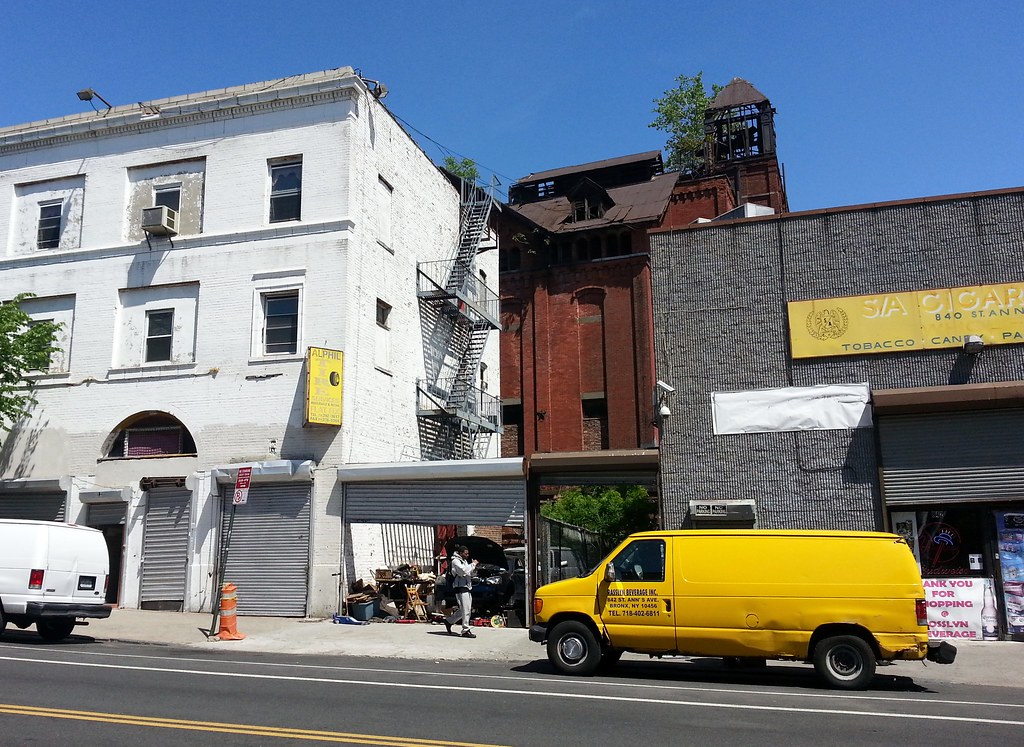 The red brick structure you see lurking in the back is part of the old Hupfel Brewery, which started making beer in the mid-1800s amid the emergence of a vibrant community of German immigrants here in the South Bronx. By the turn of the 20th century, Hupfel's was but one of several breweries in the area, and one of two standing on the steep slope (featured in the previous photo) rising from St. Ann's Avenue to Eagle Avenue, an advantageous location that allowed naturally insulated caves, ideal for aging and storing lager, to be cut into the surrounding hillside. Several caves built just south of here by the Ebling Brewing Company made the news a few years ago when they were uncovered during the construction of a large affordable housing development. (You can see additional photos of the caves, which have since been resealed, here and here.)

With the advent of Prohibition, Adolph Hupfel Jr. converted his family's brewery and caves into a "mushroom plantation", using "tiny thunderbolts" and "jazz music" to produce more than 200,000 pounds of the crop per year. He appeared before Congress on a couple of occasions in the early 1920s to ask for a tariff on imported mushrooms to protect what was then a nascent industry in the US, and was jokingly asked by a senator during one hearing if his brewery-grown mushrooms contained a "kick".