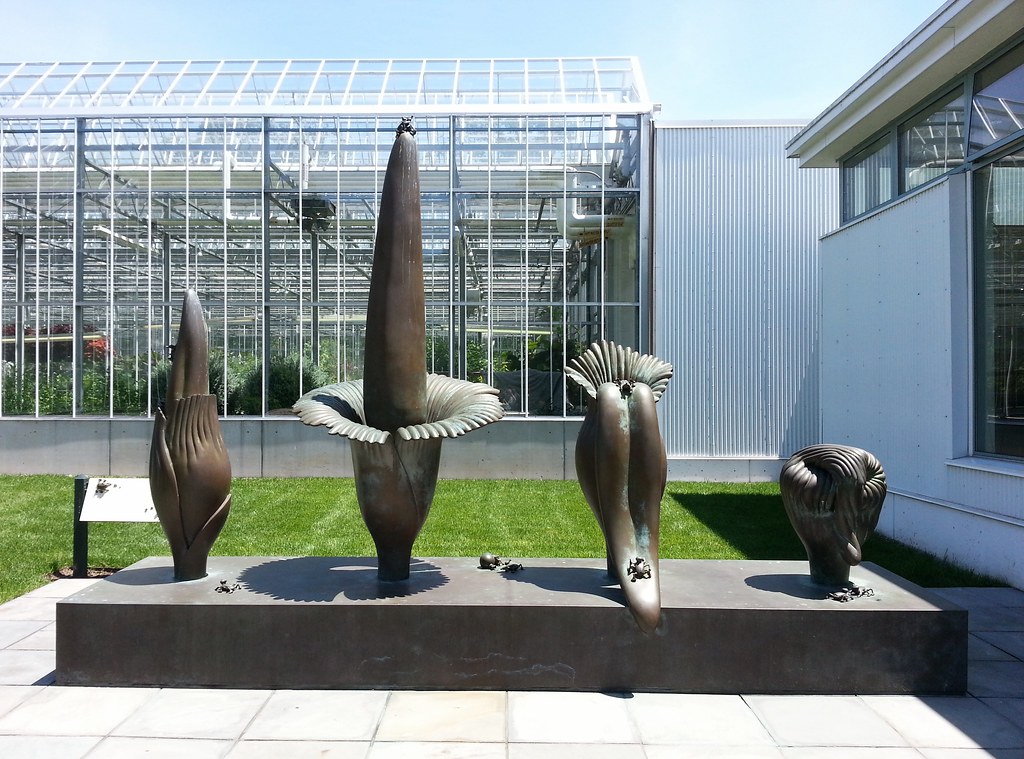 This sculpture by Tom Otterness celebrates the "giant shapeless phallus" (to translate from the Latin), or corpse flower, as it is more commonly known. This monstrous plant, which goes years between blooms (you can see photos of one blooming here), and which smells like a decomposing carcass when it does bloom, produces an inflorescence ("the largest unbranched inflorescence in the world") that can exceed 10 feet in height. Its corm, an underground organ that stores the plant's energy until it's ready to bloom again, is the largest such structure known to exist, tipping the scales, in some cases, at 200 pounds or more.

The corpse flower is native to the Indonesian island of Sumatra, but its first documented bloom in the Americas took place right here at the New York Botanical Garden in 1937. When a second one bloomed here in 1939, the Bronx borough president at the time, James J. Lyons (the same guy who planted a flag in Marble Hill and claimed it as the Bronx Sudetenland), was so impressed by the plant that he decided, on the spot, to name it the borough's official flower, a title it held until 2000, when the day lily stole its throne. (For those curious, the most recent corpse flower bloom in the city, as far as I can tell, occurred in 2006 at the Brooklyn Botanic Garden.)