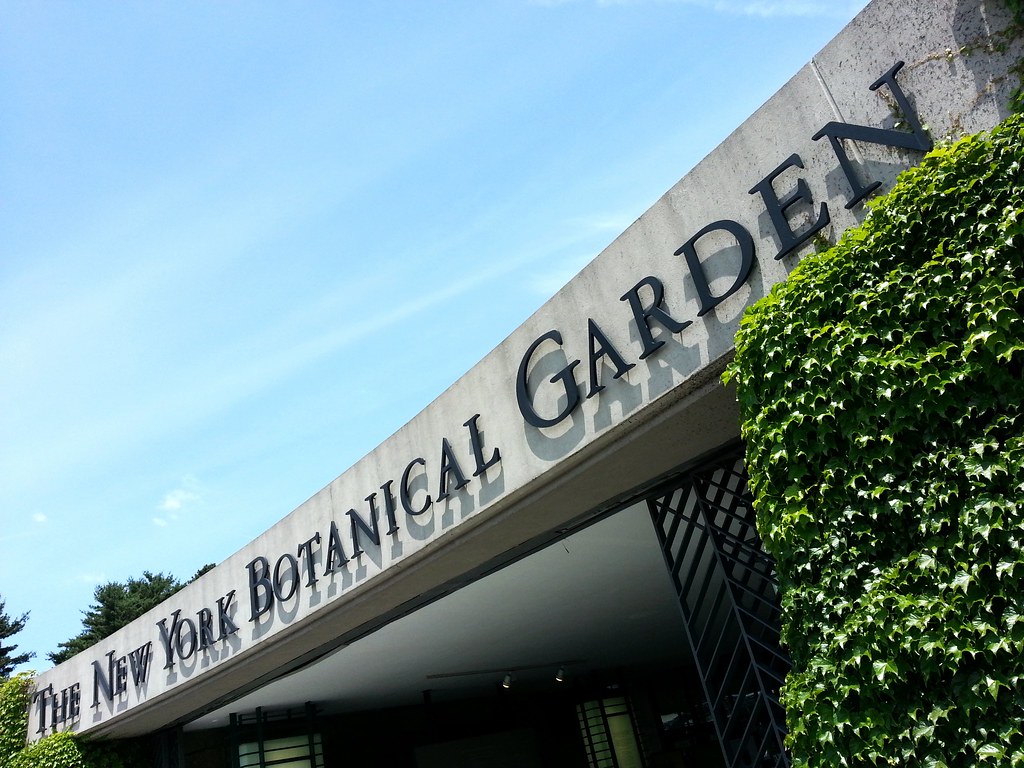 I knew from the outset of this project that I would do lots of non-street walking in parks and cemeteries around the city. Those spaces are like streets in an important way, in that they're freely open to the wandering public, at least during certain hours. I wasn't planning to include places like the New York Botanical Garden, which charge admission, effectively walling them off from what I consider the public landscape of the city. (I don't have anything against paying money to support such places; they just lie outside the scope of my walk.) However, when I discovered that (most of) the garden is admission-free on Wednesdays, I realized that I needed to include it as well.

(Perhaps you recall my brief foray into the garden on a late Sunday afternoon last December, before I had decided to incorporate the place into my walk. Normally the boundaries between public streets and big-places-you-have-to-pay-to-get-into are fairly apparent, demarcated by gates and admission booths and the like. Approaching the garden, I expected to reach a nice, obvious barrier telling me not to go any farther, at which point I would turn around and continue on my way. But things are not so clear-cut here. I ended up on a peripheral road inside the property [leading to the gorgeous Lillian Goldman Fountain of Life] without any idea of whether I was allowed to be there without a ticket. It was too late in the day to try to work a bunch of unexpected miles into my route, so I decided to come back another time to figure out which parts I needed to walk.)