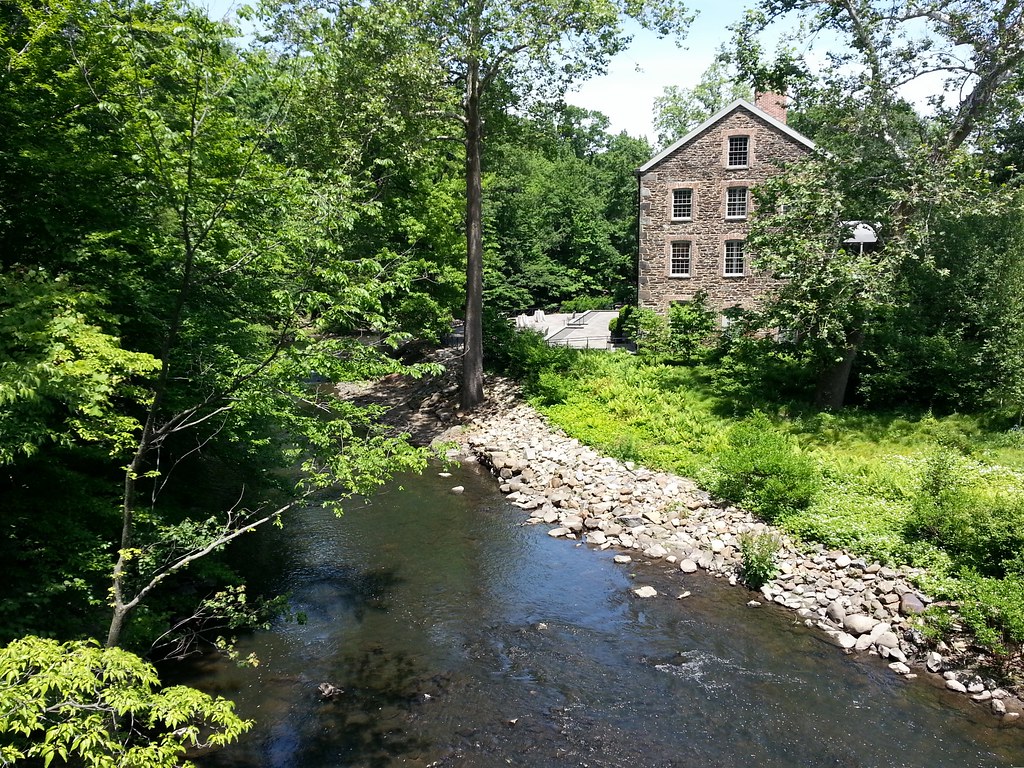 "The nation's oldest extant tobacco factory", this mill once harnessed the power of the Bronx River to grind tobacco leaves into snuff. It was built in 1840 by the Lorillard family, founders of the Lorillard Tobacco Company, which makes Newport and Kent cigarettes, among others.

Now standing on the grounds of the New York Botanical Garden, and used, in part, as an event space, the mill was rechristened the "Lillian and Amy Goldman Stone Mill" in 2010. The Goldman family was a major donor to the building's recent restoration, so I understand that part of the new name. But why did they change "Snuff Mill" to "Stone Mill"? Was it some kind of rebranding effort intended to obscure the building's undesirable tobacco-related past? (The garden's website says nothing about tobacco in its brief historical description of the structure.) Were they worried people wouldn't want to hold lucrative social events at a place with "Snuff" in the name? Or did the Goldman family just not want to be associated with tobacco?

Whatever the case, I don't like it! The caretakers of our city's historical heritage shouldn't be selectively concealing the parts of that heritage that they find distasteful or unprofitable. If the garden's board just wanted to change the building's name, that would be one thing, but I couldn't even find a mention of the mill's original use on any of the nearby informational signs, which instead told me that the building is "an irreplaceable piece of American history" and "one of New York City's most picturesque structures". The only exceptions to this historical whitewashing were a couple of old maps, still bearing the name "Snuff Mill", that were posted here and there as navigational aids. (I saw one poor fellow staring at one of these maps in absolute befuddlement, because the directions he had been given were in relation to a "Stone Mill", but he could only find a "Snuff Mill" on the map.)