The millstones are back! 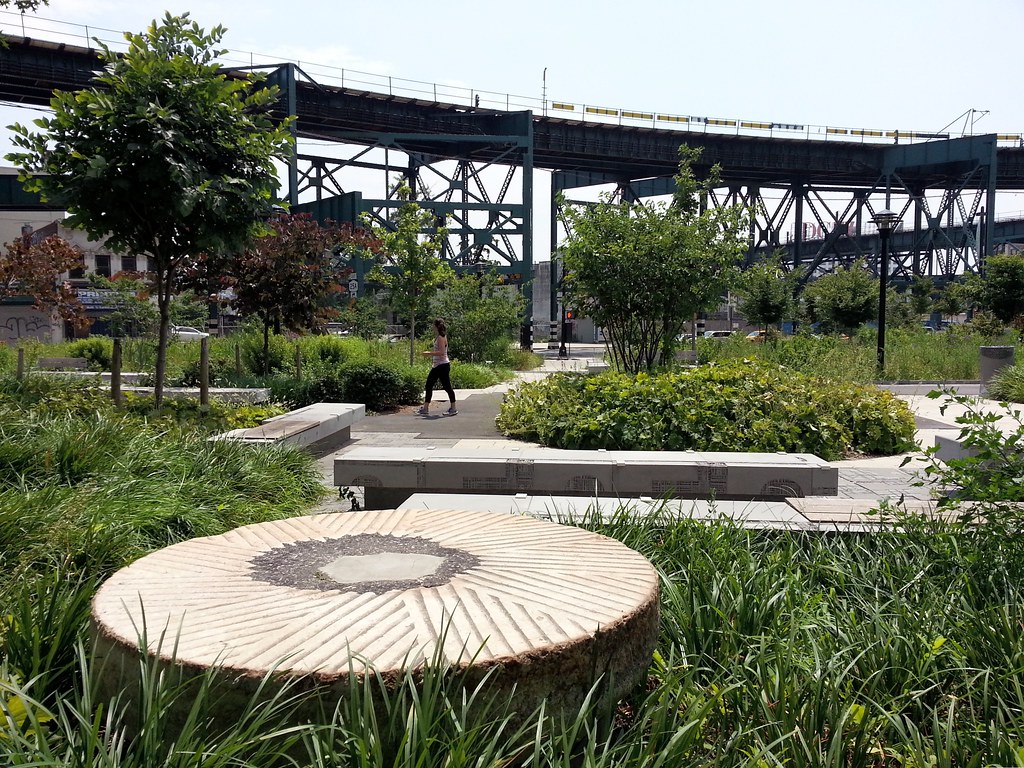 I wasn't officially walking today, but I noticed something that I don't think was here when I passed through Queens Plaza early last year: this millstone!

The history of this stone and its companion (millstones come in pairs) is not conclusively known, but it seems likely that they were used in a nearby tidal gristmill that existed from about 1650 until 1861. They've been preserved in one manner or another ever since, spending much of the past century inconspicuously embedded in a traffic island. They were removed and put on display at a neighborhood library during the recent reconstruction of Queens Plaza, but have now returned to their old stomping grounds. (I didn't see the other stone with my own two eyes — I was hurrying by and talking on the phone — but it's apparently sitting somewhere close by here in Dutch Kills Green.)