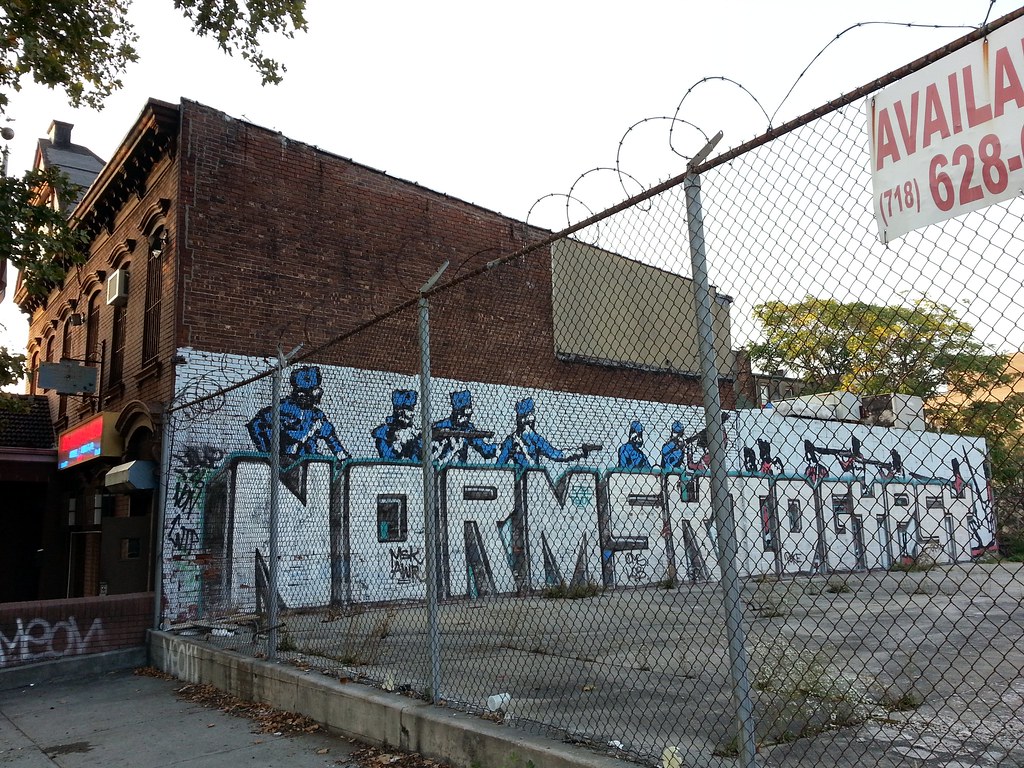 This graffitied-over Revolutionary War mural painted on the side of an American Legion post in Gowanus, Brooklyn overlooks the vacant lot where some local historians believe as many as 256 members of the Maryland 400, the gravely outnumbered soldiers whose self-sacrificial counterattacks against the British during the Battle of Brooklyn "saved the American army", lie buried in a mass grave.