For Sailors of All Nations 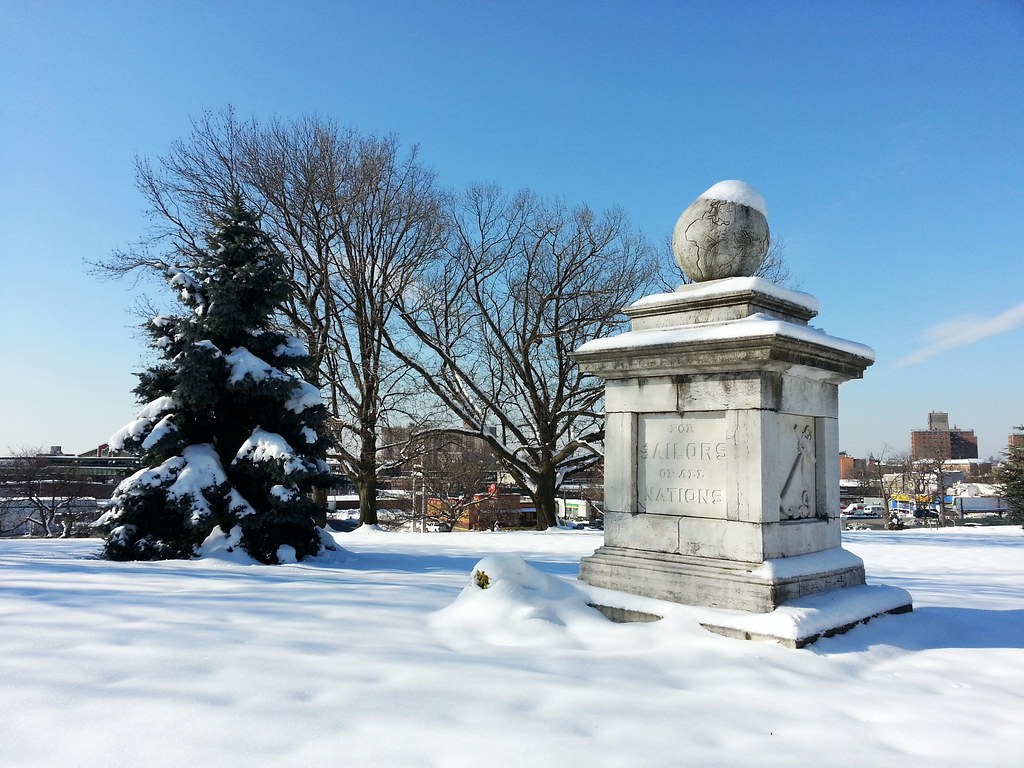 This plot at the Evergreens Cemetery was opened in 1853 for burials of "friendless mariners" from around the world who died while in port here in New York. As of 1893, some 1,200 sailors or more were estimated to have been interred here, with Norway, Sweden, Denmark, and Finland the most common nationalities, followed by the US and the British Isles, respectively. The monument above was originally much more prominent; the globe was perched atop a 50-foot-high column that was reportedly damaged when the monument was moved in the 1950s.