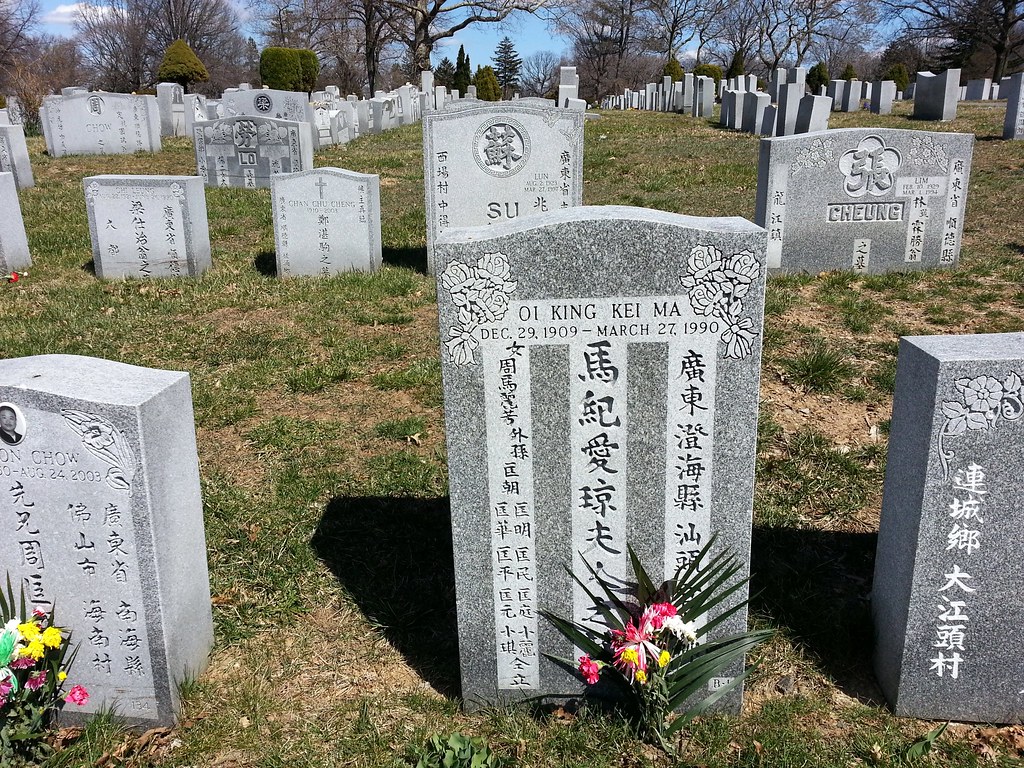 If you've ever spent any time looking at a map of Brooklyn and Queens, you've probably noticed the huge agglomeration of 17 contiguous cemeteries (and a couple of big parks) clustered along the middle of the border between the two boroughs. In order to understand how this area came to be so popular with the dead, we have to start back about 18,000 years or so during the Wisconsin glaciation...

It was around this time that the Laurentide ice sheet began its final retreat from Long Island, leaving behind the massive ridge of glacial debris it had been pushing in front of it. Known as the Harbor Hill Moraine, this ridge forms a hilly spine that runs lengthwise across Long Island and through the Brooklyn-Queens borderland where the cemeteries mentioned above are located. (Here's a map of the region's moraines.)

Fast forward to 1847, when the New York State Legislature passed the Rural Cemetery Act, which established the commercial cemetery industry in the state. It paved the way for a proliferation of large cemeteries outside of Manhattan, particularly in parts of western Queens that, while conveniently located only a few miles from the city center, were still quite sparsely populated at the time. Supposedly, the rocky land along the Harbor Hill Moraine was particularly appealing to cemetery developers because it was difficult to build on and thus relatively cheap.

This is just speculation on my part, but it seems like the moraine's hilly topography would also have been a draw, since the rural cemeteries of those days were intended to be beautiful, park-like spaces. (As we learned previously, Brooklyn's Green-Wood Cemetery once rivaled Niagara Falls as a tourist destination.)

The Rural Cemetery Act prohibited a cemetery corporation from acquiring more than 250 acres in any one county. Purchasing land that spanned the border of Kings (Brooklyn) and Queens Counties would have allowed for larger single tracts of cemetery than would otherwise have been permissible. This is often cited as a reason that so many cemeteries are located in this area. None of the individual cemeteries, however, occupy more than 250 acres — in fact, the total area of all of them is less than 1000 acres — so I don't think that theory holds water. Unless perhaps a couple of larger tracts were originally purchased by speculators who then divided them into smaller parcels for resale.

The Evergreens Cemetery, above, opened in 1849 with plots on both sides of the county line. At 225 acres, it's one of the two largest cemeteries in the area, the other being Cypress Hills Cemetery, a fellow border straddler.