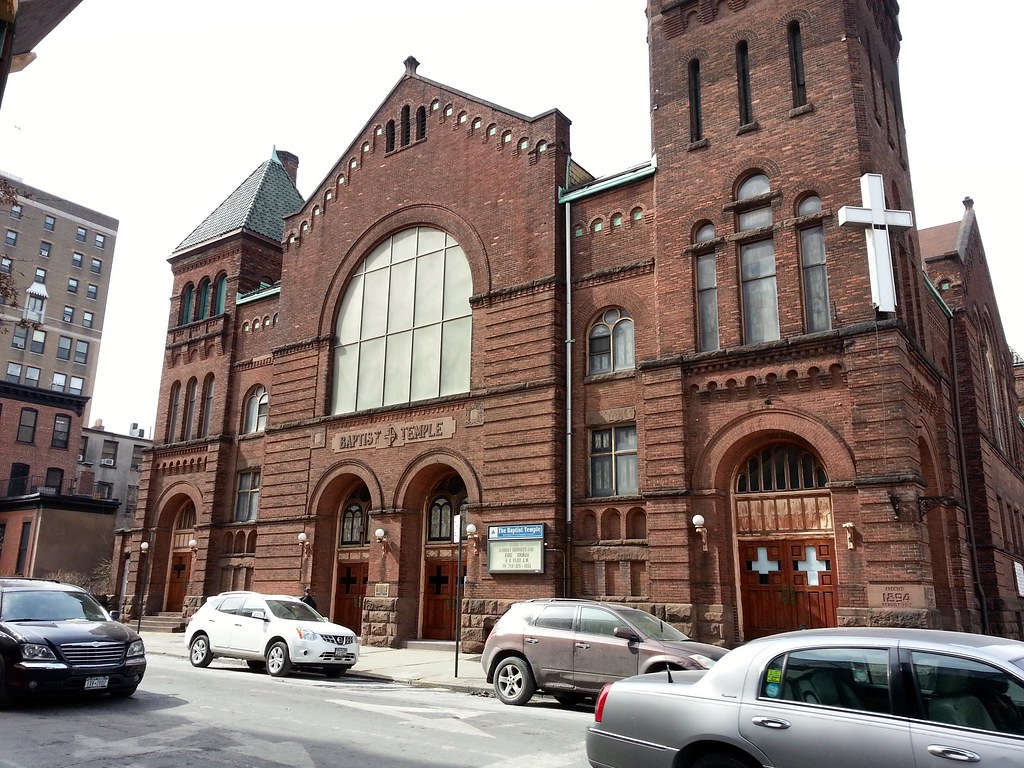 When it was built in 1894, this church had a greater seating capacity than any other in Brooklyn or New York City. (At the time, NYC comprised only Manhattan and part of the Bronx.) It was rebuilt after being devastated by a fire in 1917, and was damaged once again by a blaze in 2010. Short on funds to repair the interior and replace the roof, church officials are now looking for someone to redevelop the site into a mixed-use facility that would still provide a place of worship for the congregation. Ideally, the church would like the existing structure maintained and built on top of rather than demolished, but that may prove unfeasible.