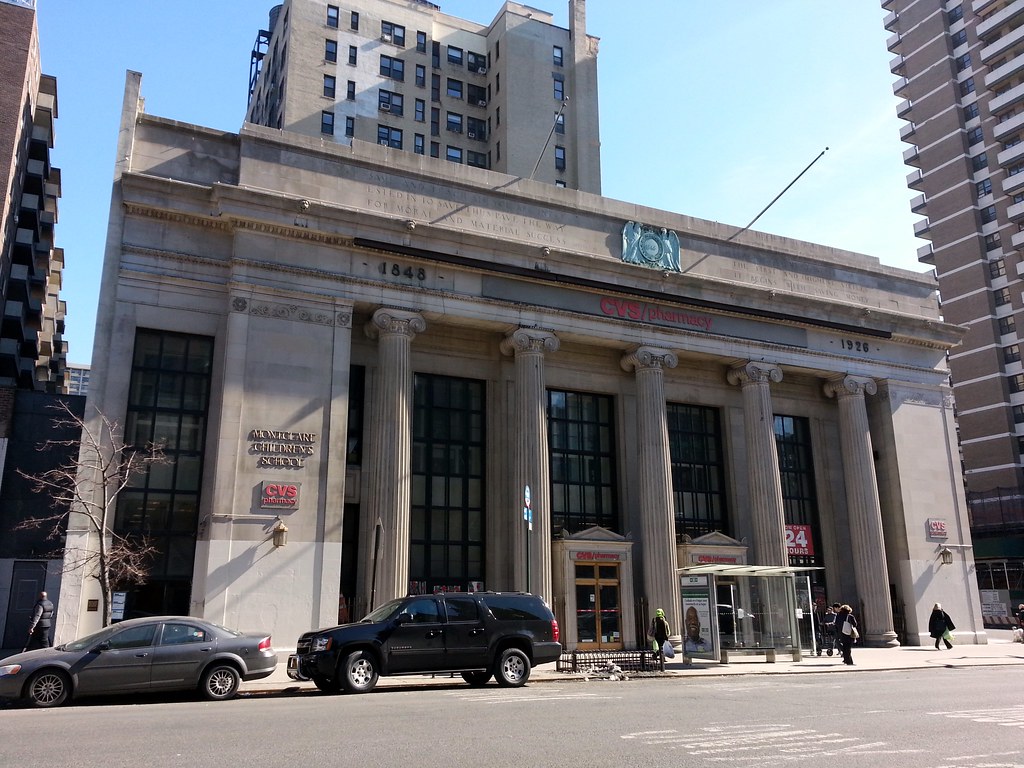 Here we have another magnificent bank turned CVS, this time with a private preschool located in the building as well.

On April 4, 1932, two days after the ransom for the Lindbergh baby kidnapping was paid, a teller at this Upper West Side bank branch made the first discovery of a ransom bill that had been spent. Hundreds of the bills would later be identified in bank deposits, but it took almost two and a half years before the case was finally cracked open, when a ransom bill was found — at a now-abandoned bank in Harlem we saw last summer — with the license plate number of the man who passed it scribbled in the margin by a gas station attendant who thought it might be counterfeit. This information led the authorities directly to Bruno Richard Hauptmann, who was later convicted and executed for the kidnapping and subsequent murder of the Lindberghs' son.