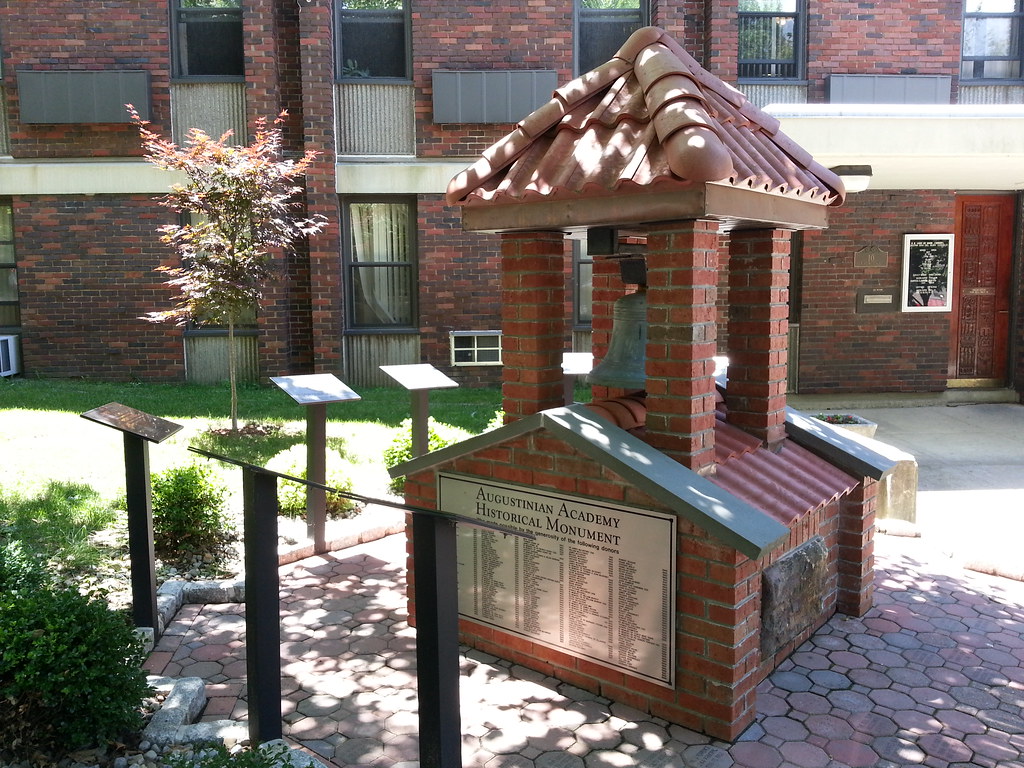 This elaborate memorial commemorates the long-defunct Augustinian Academy, which opened in 1899 as Staten Island's first Catholic high school. (The academy's original building still stands nearby; it's currently occupied by Our Lady of Good Counsel School.) The slew of signs provide information on everything from the academy's alma mater and valedictory song (including the songs' melodies written in musical notation) to its school seal to the various relics of its now-demolished Grymes Hill building (where it moved after outgrowing the aforementioned 1899 structure) that are incorporated in the monument: the bell, the cornerstone, and some ceramic tiles from the chapel.