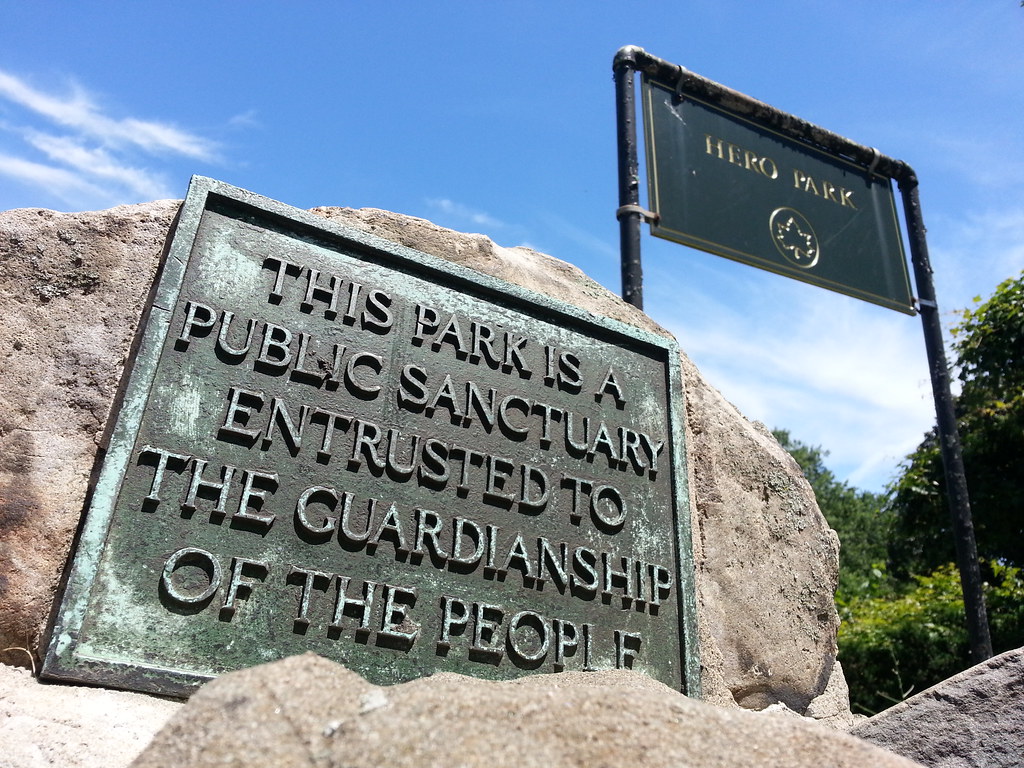 Hero Park honors the 144 soldiers from Staten Island who perished in World War I. The centerpiece of the park is Sugar Loaf Rock, a large glacial boulder adorned with a few plaques: one dedicating the park to the "splendid sons of Staten Island who so nobly gave their lives in the World War", one listing the names of the fallen soldiers, and one providing a little information about the rock itself, which "marks the boyhood playground of many of the men whose gallant deeds it now commemorates". There are also trees in the park that memorialize the soldiers; soil from beneath these trees was taken to France to be placed upon the graves of Americans who died in the war, and soil from those graves was brought back and placed beneath the trees.