Beneath the former H train 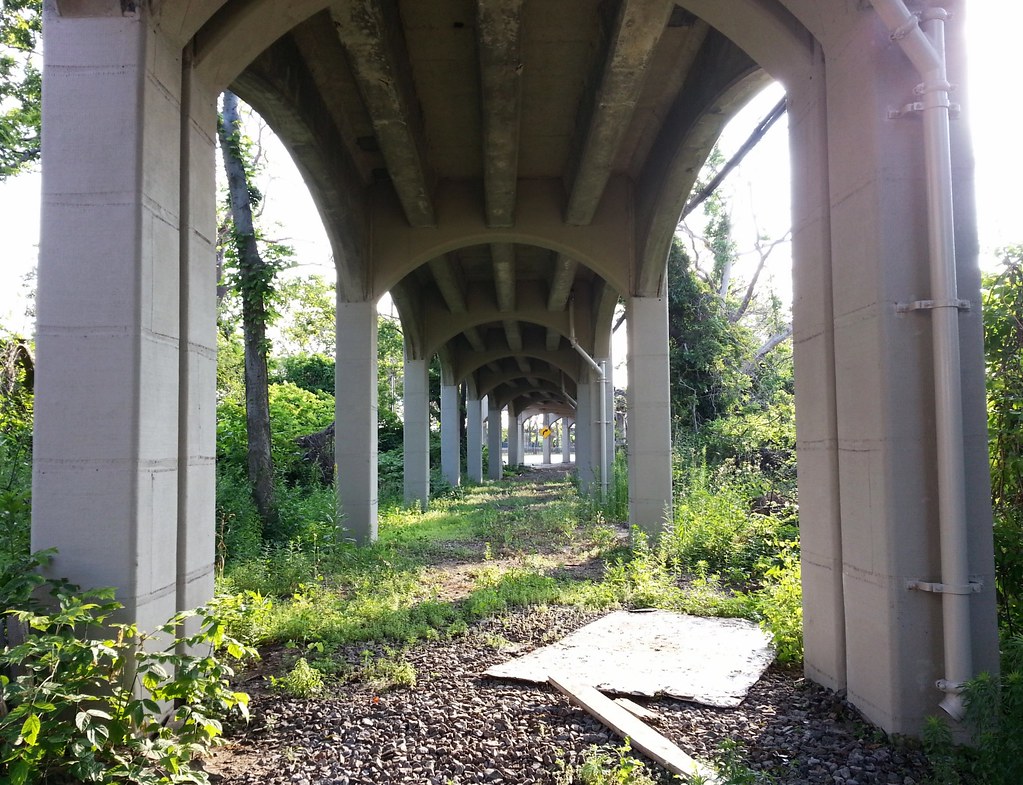 Rarely used by passenger trains, this is the single-track connection between the two main legs of the Hammels Wye (what's a wye?) that carry the two branches of the Rockaway Line onto the peninsula. This connection was, however, notably put into passenger service after Hurricane Sandy as part of the route of the H train, a temporary shuttle that provided free rail service along the peninsula while the tracks across Jamaica Bay that connect the Rockaways to the rest of the subway system were being reconstructed.