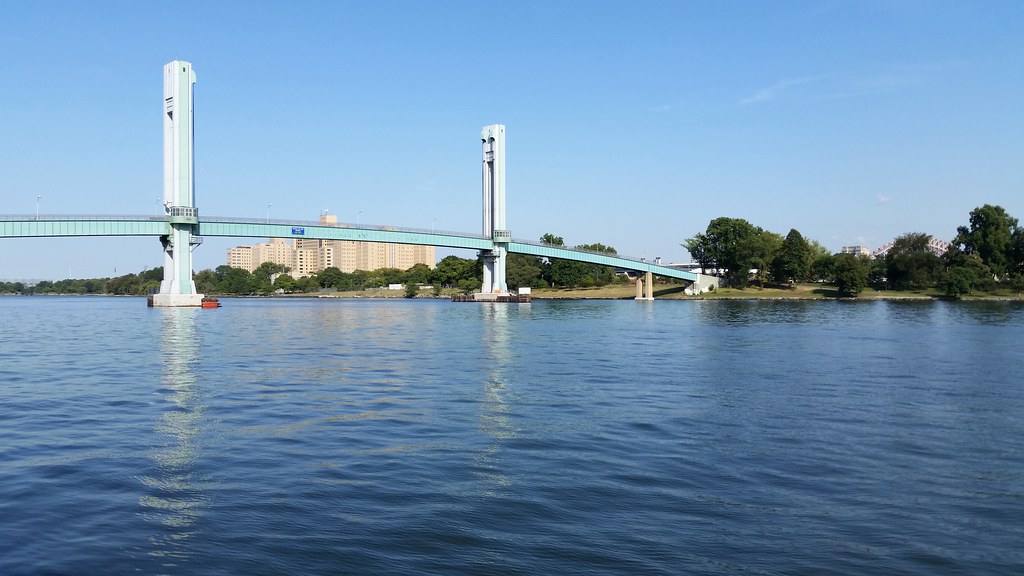 Opened in 1951, this pedestrian bridge connects East Harlem with Randall's and Wards Islands. For many years, the bridge was closed (i.e., the center span was raised, as it would be if a large boat were passing beneath) at night and during the colder months of the year because of various security concerns: residents of a Wards Island homeless shelter near the bridge crossing into East Harlem to buy drugs and cause trouble, young men from East Harlem attacking the homeless, and patients escaping from the Manhattan Psychiatric Center (visible behind the center span of the bridge) and fleeing across the bridge. The bridge was also closed for a few days around Halloween each year, presumably in response to this incident. After undergoing a major rehabilitation, the bridge reopened in 2012 and is now open to foot traffic at all times.