CARPET (to the) MAX 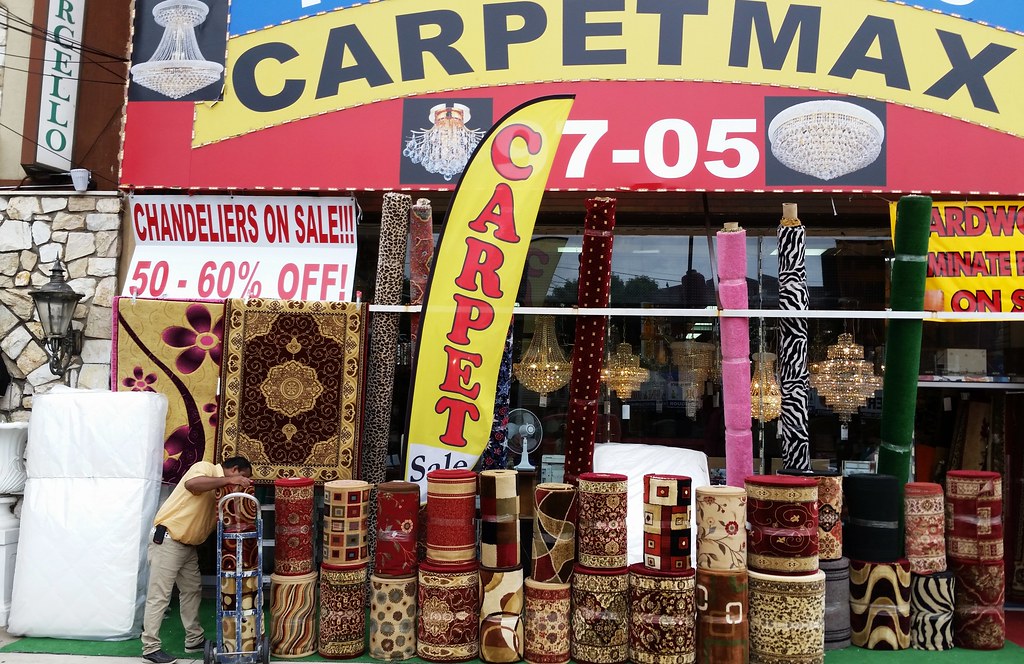 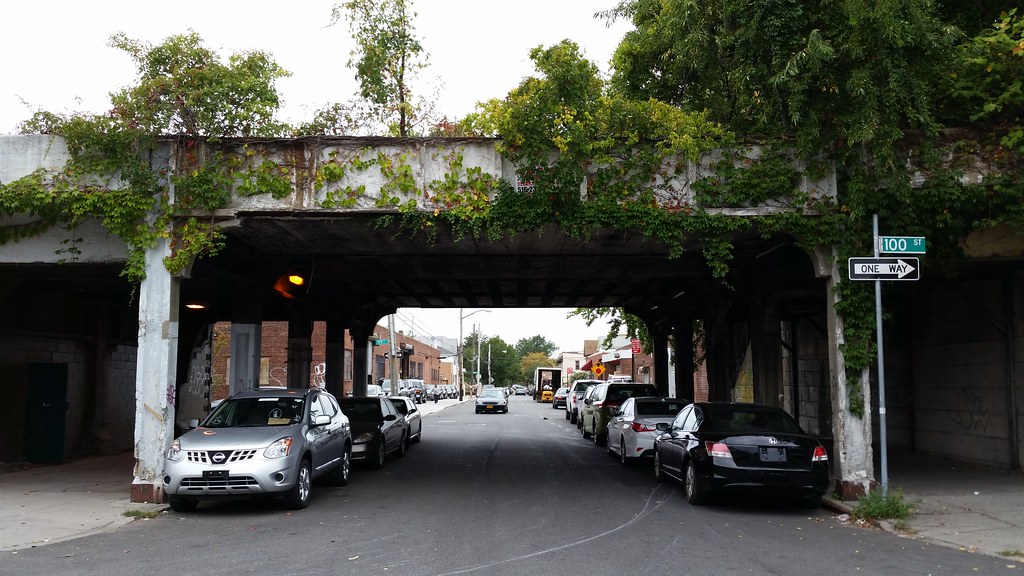 This elevated structure is part of the old Long Island Rail Road Rockaway Beach Branch, which has been out of use since 1962. There are currently two prominent, conflicting visions for the line's future: some people want to restore rail service on it, while others want to turn it into a 3.5-mile linear park, a "High Line on steroids".

Atop the Rockaway Beach Branch 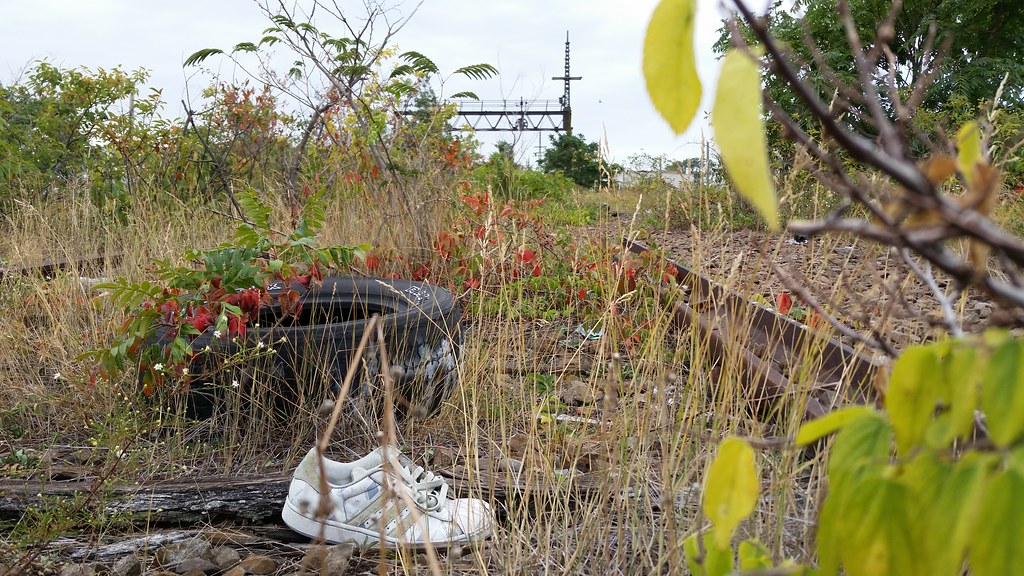 Goldenrod on the tracks 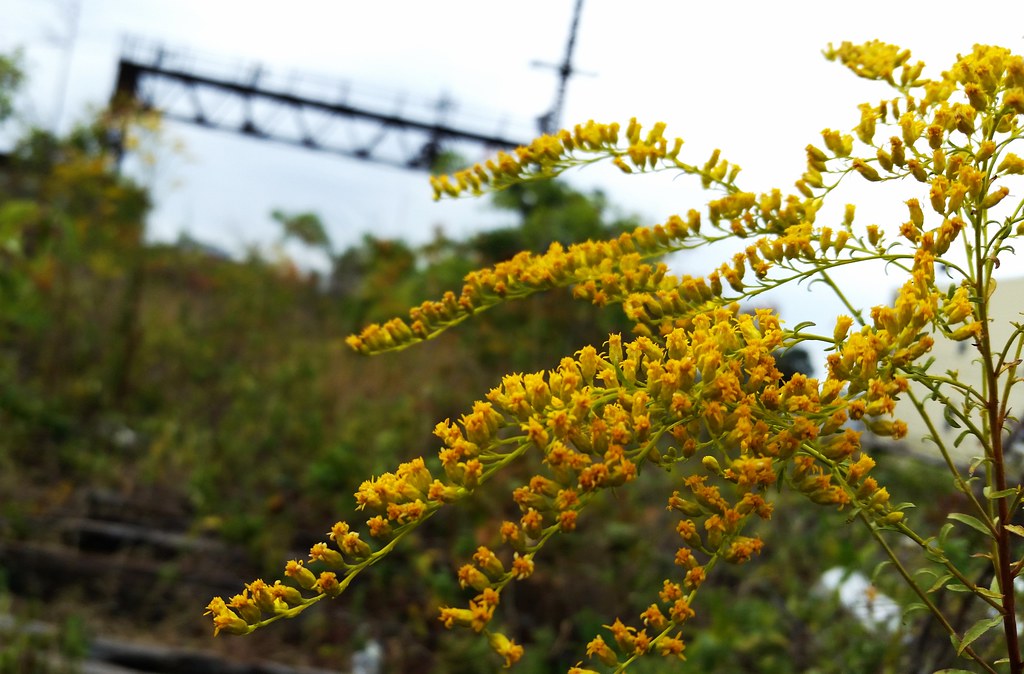 of the long-defunct Rockaway Beach Branch 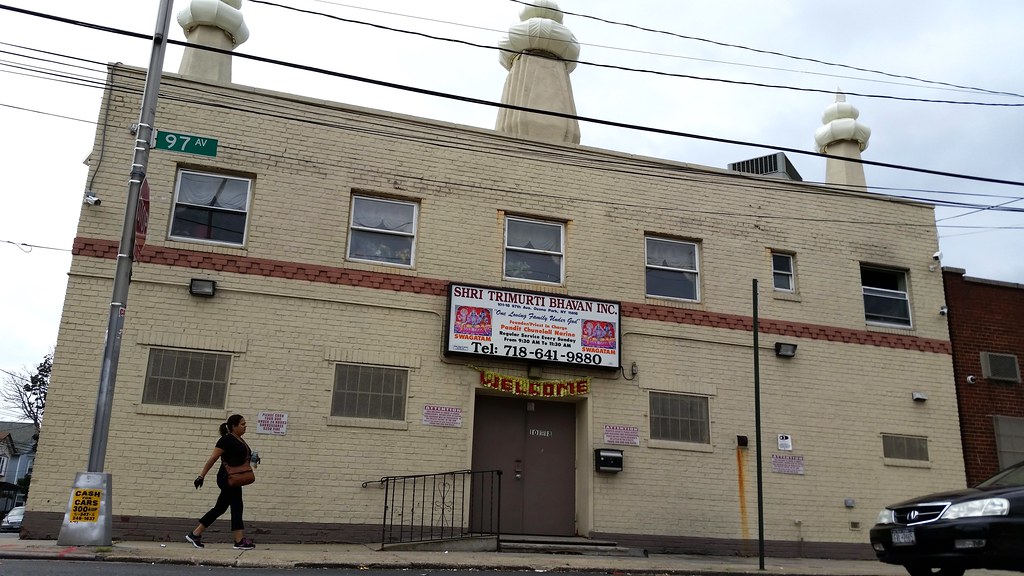 Another nondescript building turned into a Hindu temple 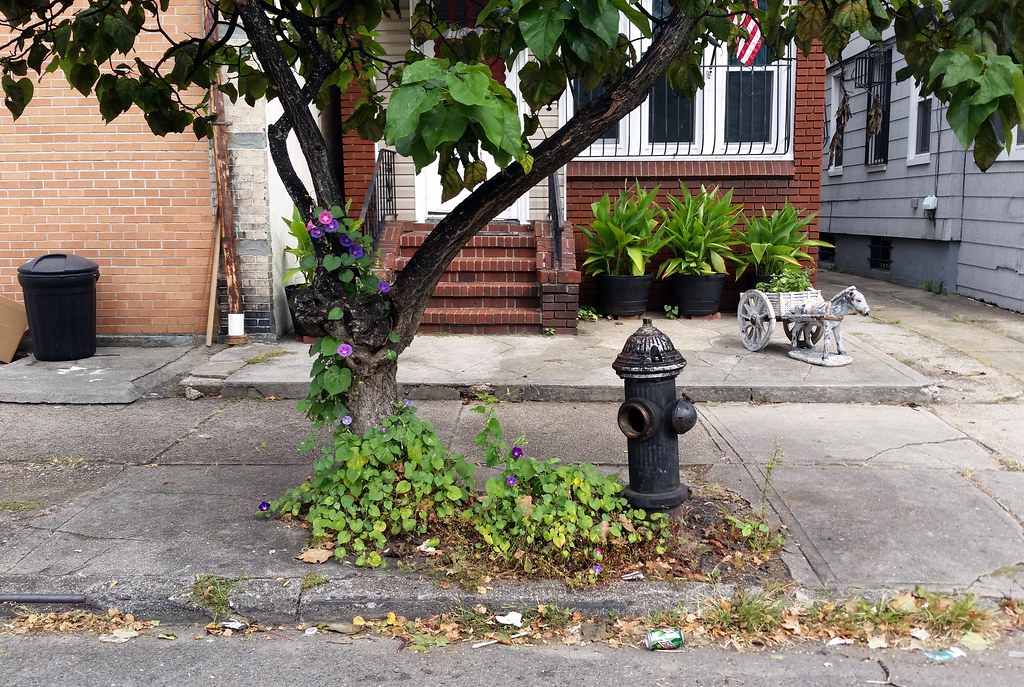 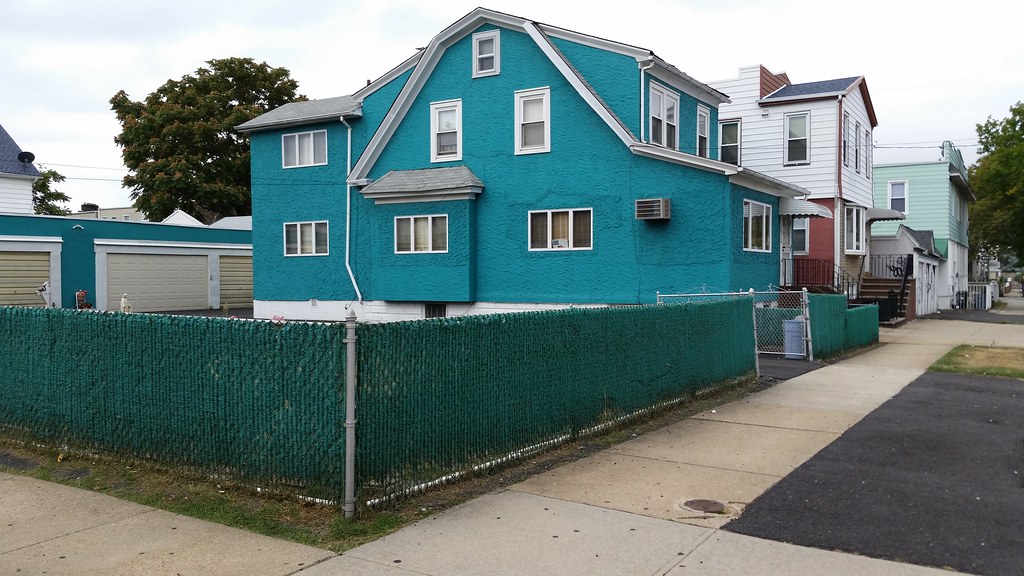 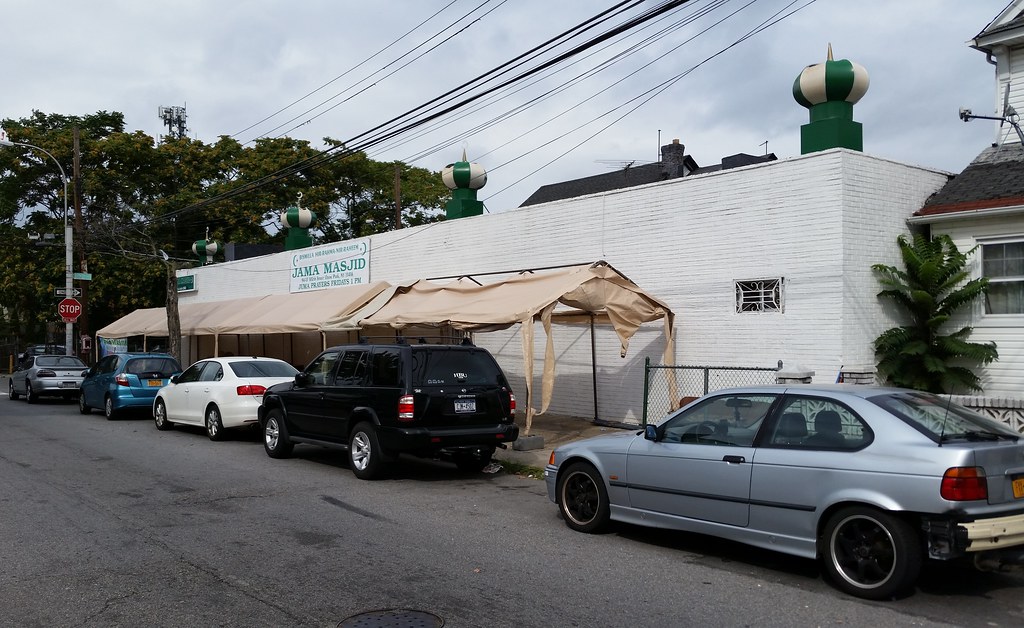 When I saw this mosque, with its rooftop additions signifying the building's conversion into a house of worship, I was reminded of Shri Trimurti Bhavan, the nearby Hindu temple we just passed. And it turns out that there's more of a connection between the two places than just the visual. They both serve the area's Indo-Guyanese residents, and the mosque is actually owned by the temple! 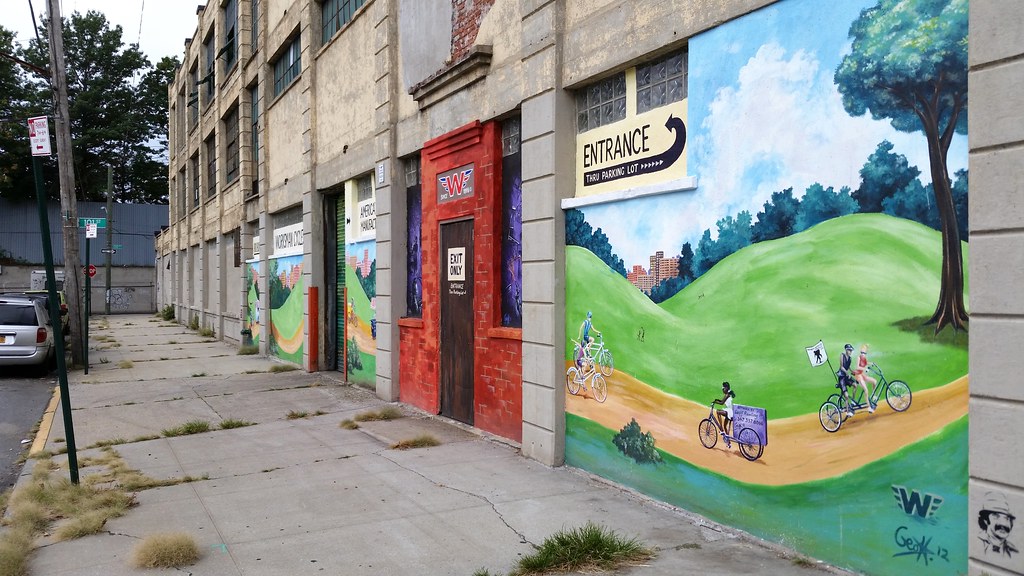 As we learned last year, Worksman was founded in 1898 and is America's oldest existing bicycle manufacturer. 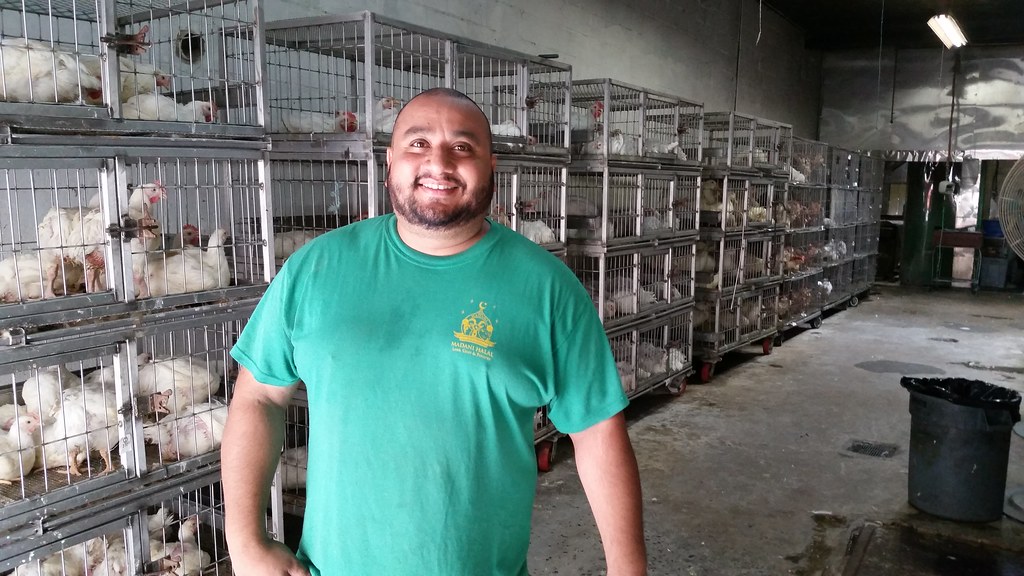 Several years ago, my friend Yoni Brook directed a short documentary about Imran taking the reins of his father's business:

At first glance, Imran Uddin is just another 27-year-old New Yorker struggling to take over his family's business—what's unique is that his father's business is a "pick-your-own" slaughterhouse. The son of an immigrant, Imran must confront his mixed Bangladeshi-Puerto Rican heritage and gain acceptance from his father's conservative Muslim community. On one of Islam's holiest days, Imran must lead a sacrifice that will define him as a Muslim, as an American and as a son.

confessions of a teenage SATANIST 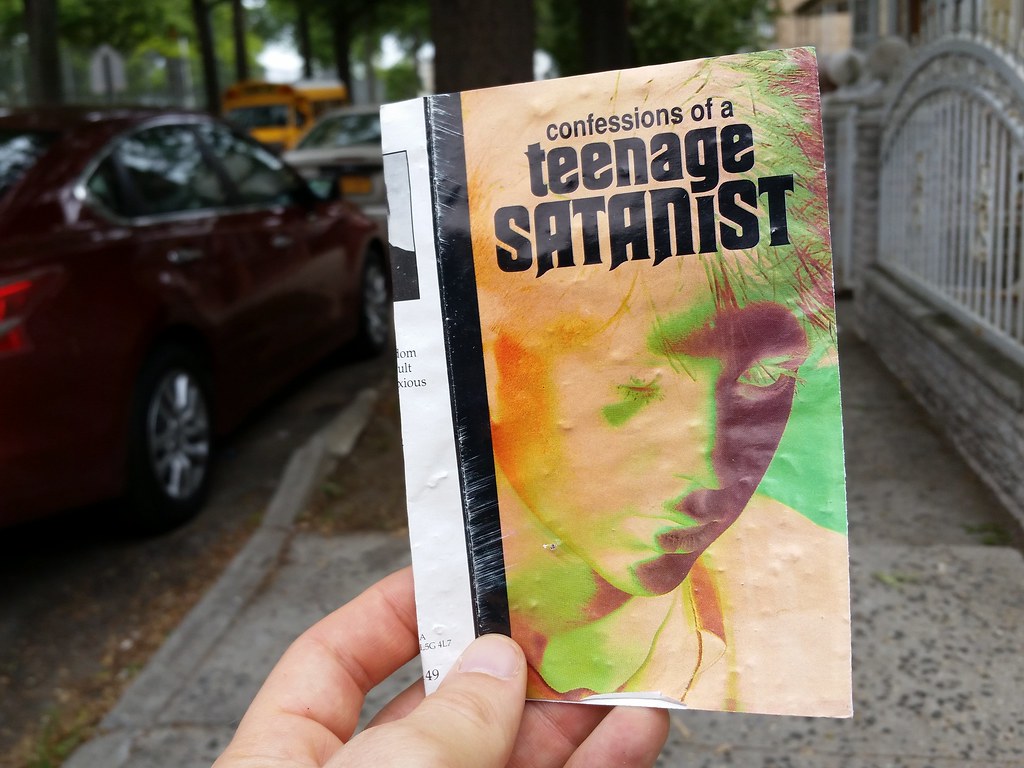 Since most of my readers are teenage Satanists, I figure it's my responsibility to share this pamphlet I found on the sidewalk:

I stared into the flickering black candle that sat in the midst of the skull and black-handled knives on my home made altar to Satan. Reciting the incantation, I tried to ignore my nagging thoughts. I was still young — just a teenager. How had I come to the place where I felt like I was sliding headfirst into hell?

You can read the rest here and here. 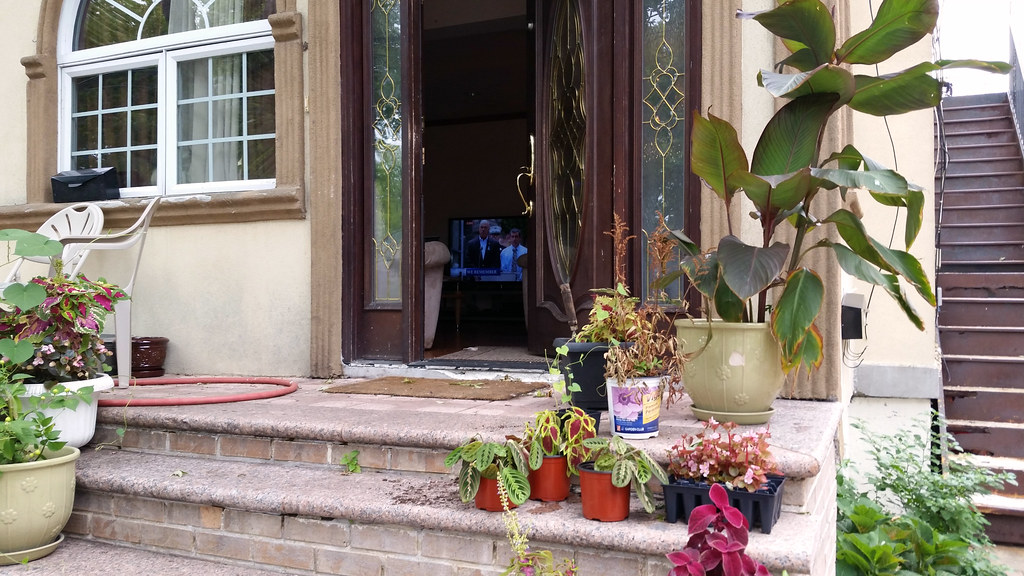 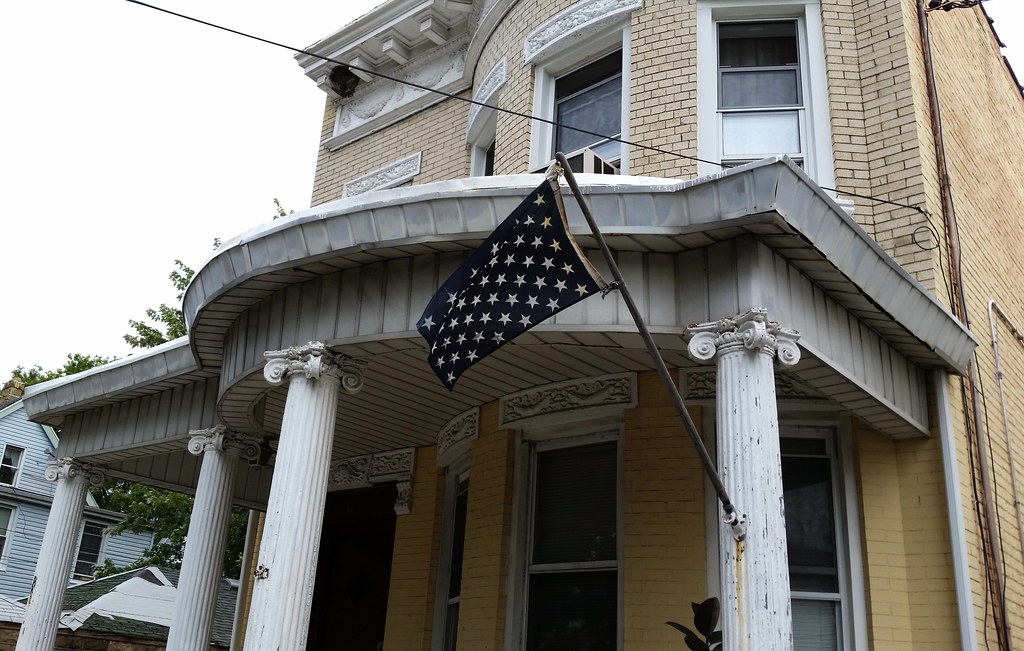 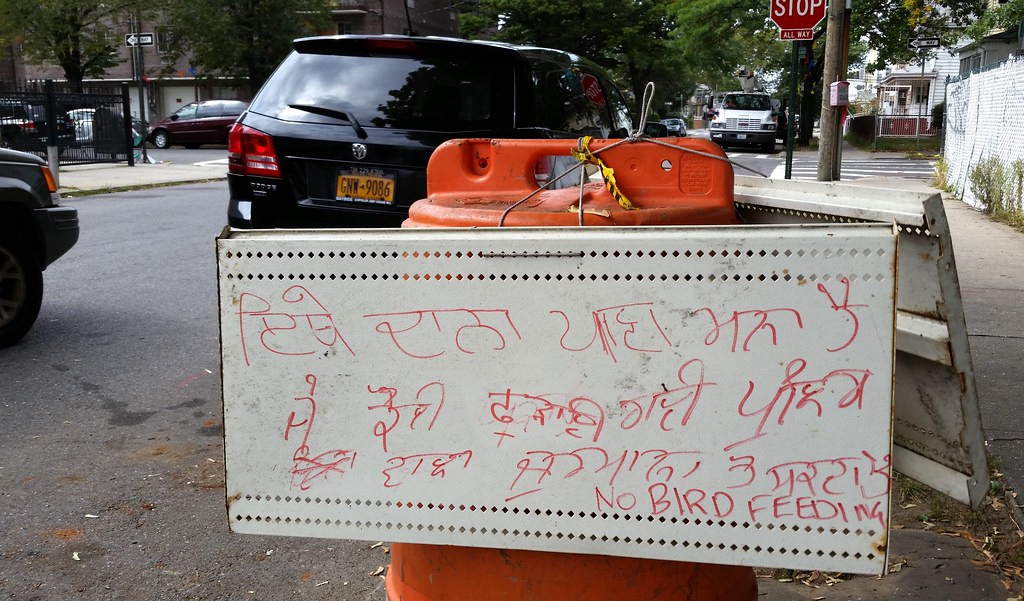 Taking the bird to the park 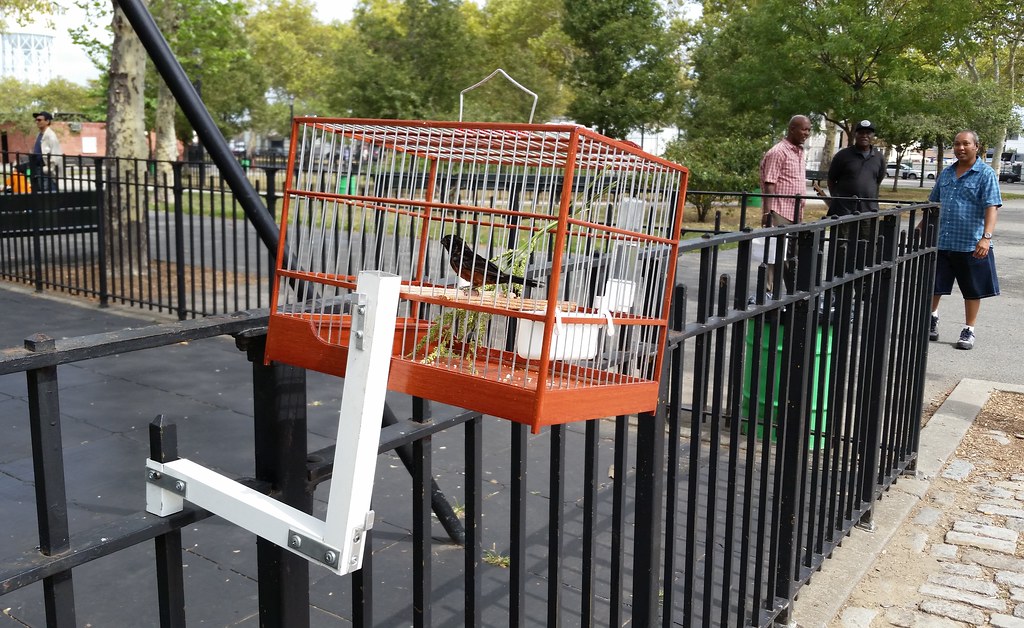 This is Phil "Scooter" Rizzuto Park, renamed in 2008 for the late, great Yankee shortstop, who played baseball at nearby Richmond Hill High School. (Other notable alumni of the school: Cyndi Lauper, who attended for a while before being expelled, and Rodney Dangerfield.) The park's former name was Smokey Oval, which "refer[red] to the park’s location, across from a Long Island Railroad terminus which once made it a landing area of soot and ash from the railway smoke", according to the Parks Department.

The NY Times reported that the area's sizable Sikh population was in favor of changing the park's name, given the religion's prohibition against smoking. As a co-founder of one of the local Sikh temples explained to the paper: "It sounds like a place for smoking and drinking and things like that . . . When we print up fliers, we have to say we are having an activity in nearby Smokey Park."

UPDATE: It turns out that this park has for decades been the center of bird song "racing" in New York. The races, which take place on Sundays, are competitions between two bird owners, typically immigrants from Guyana and other Caribbean and South American countries, to see whose chestnut-bellied seed finch (like the one pictured above) can sing 50 songs first. You can read more about the birds and the men behind them here. 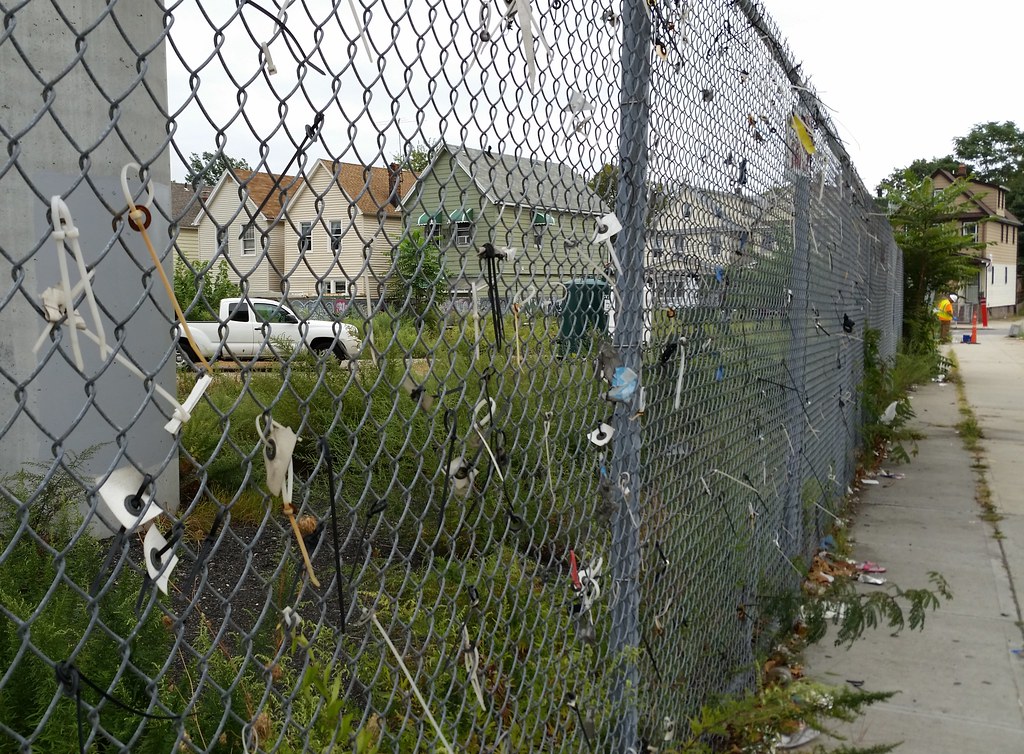 How'd they get there? To Street View! 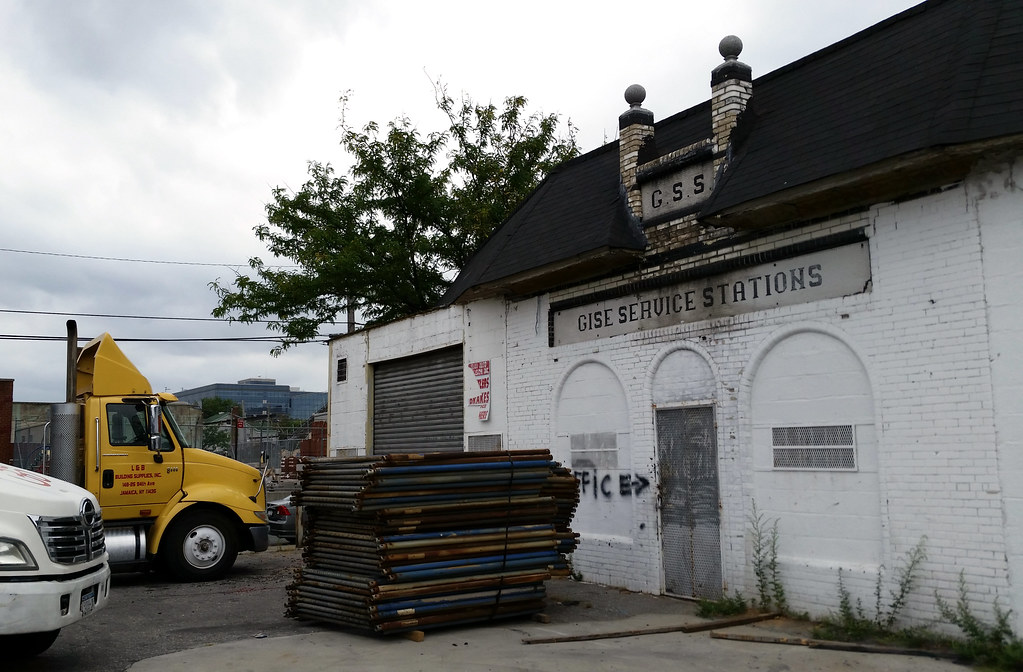 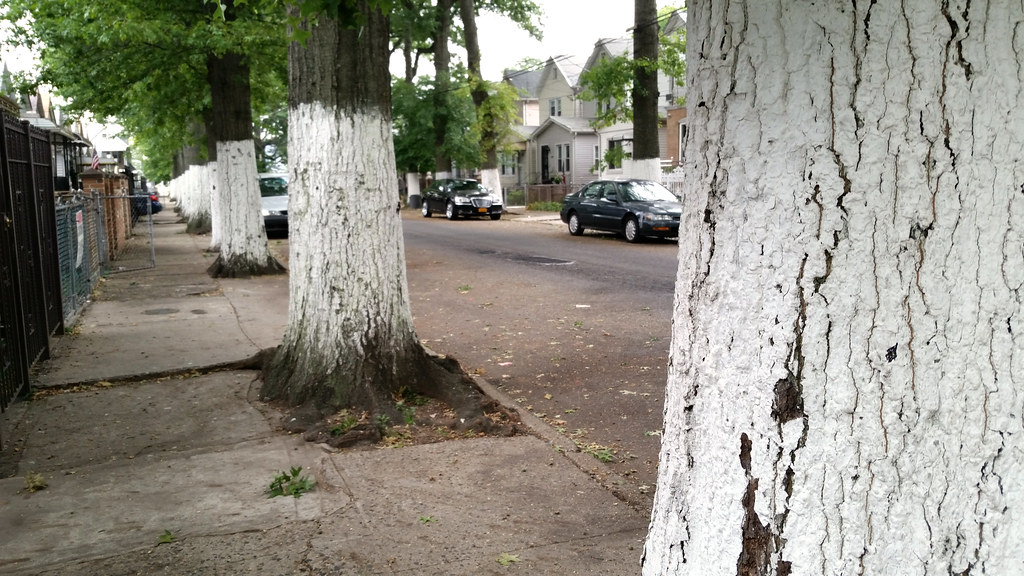 Ministries of the Exploding Word 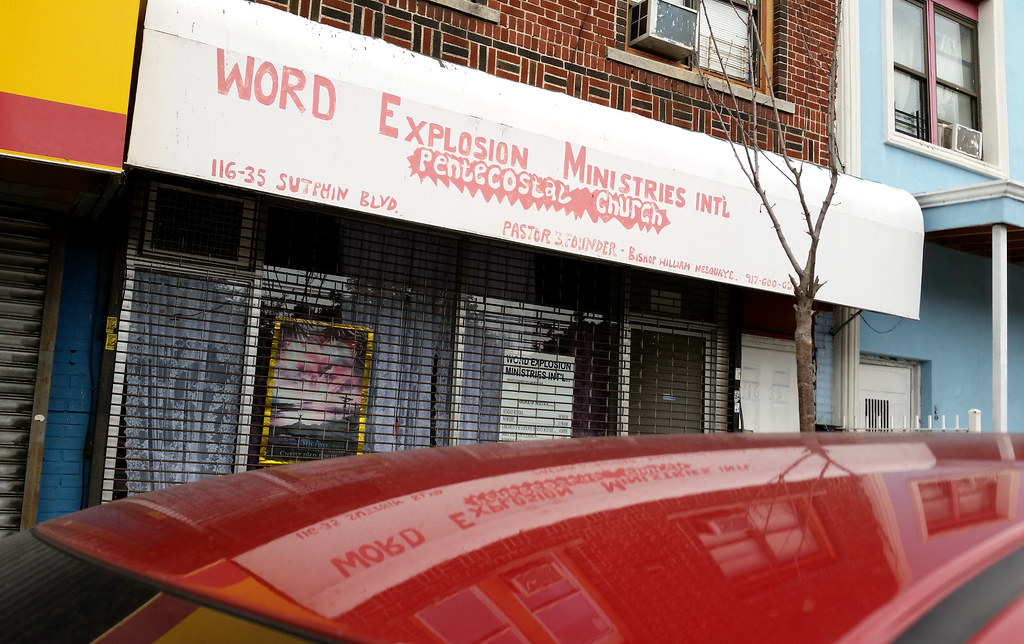 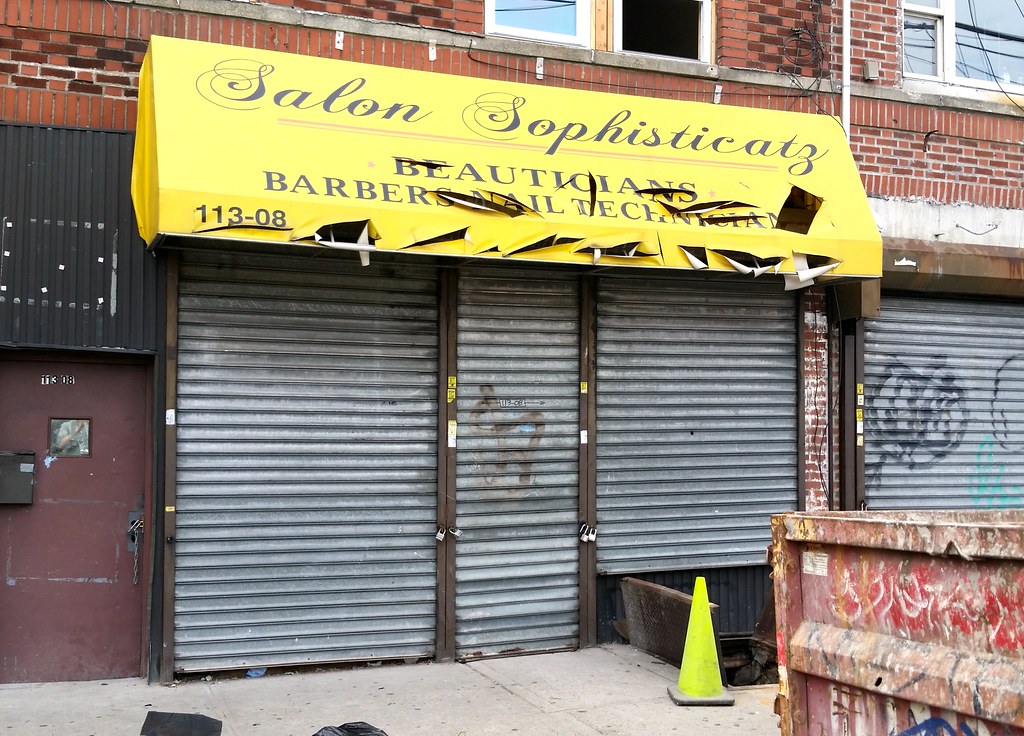 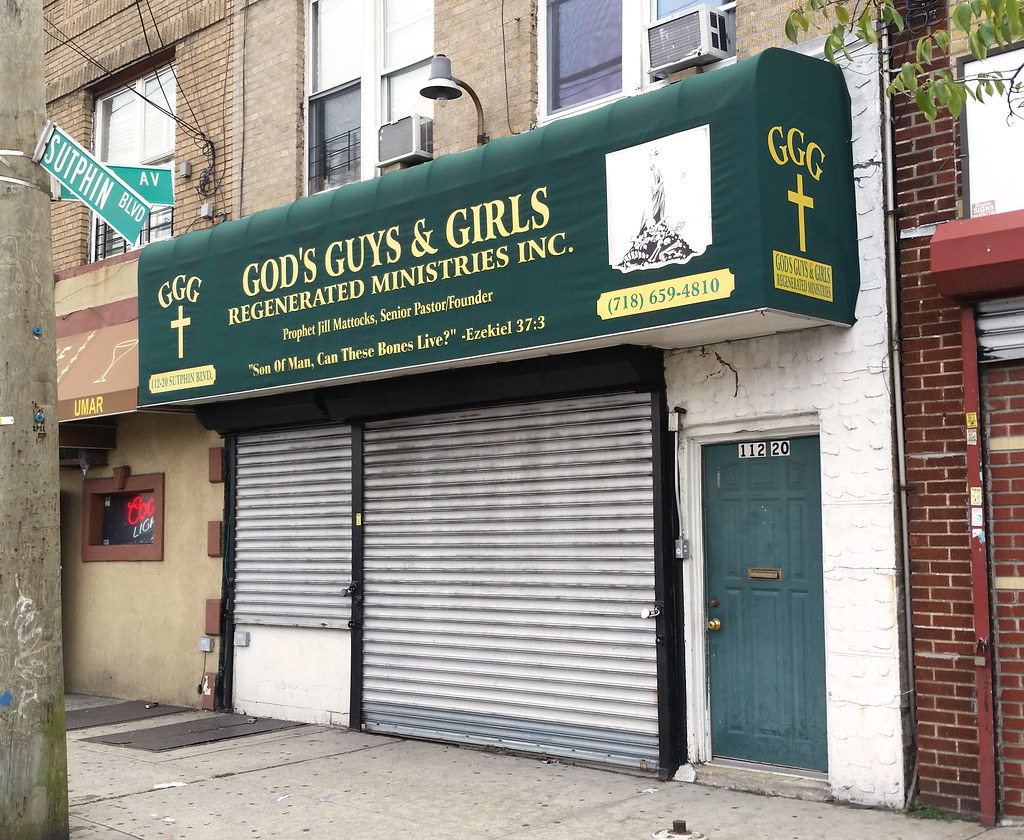 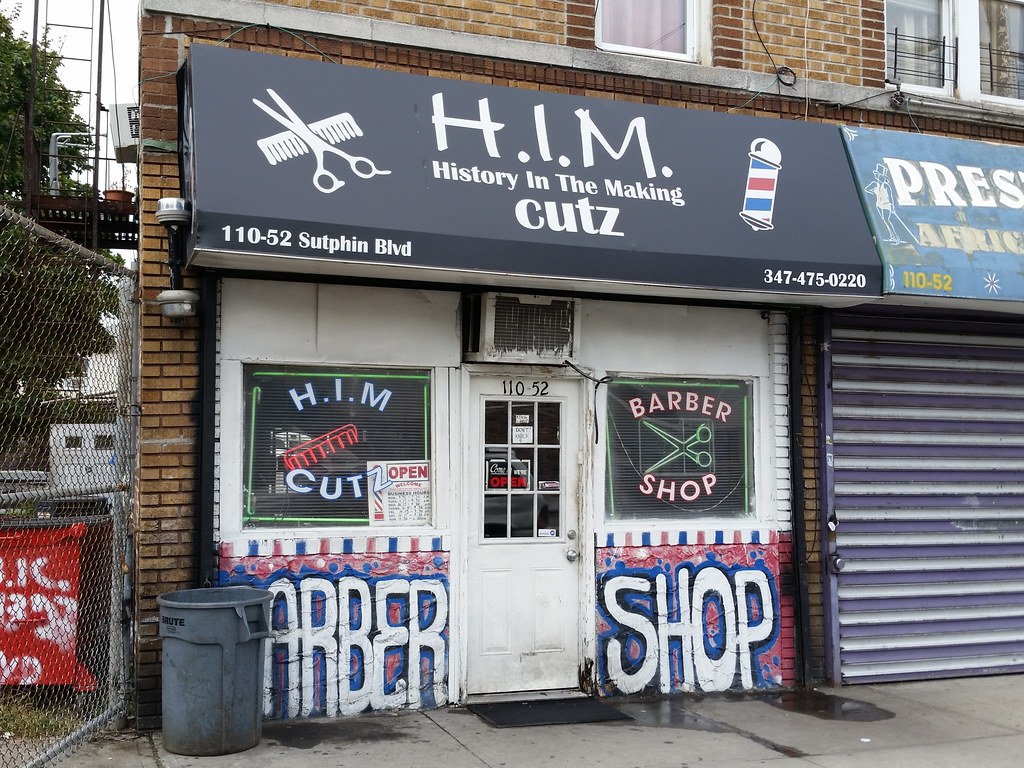 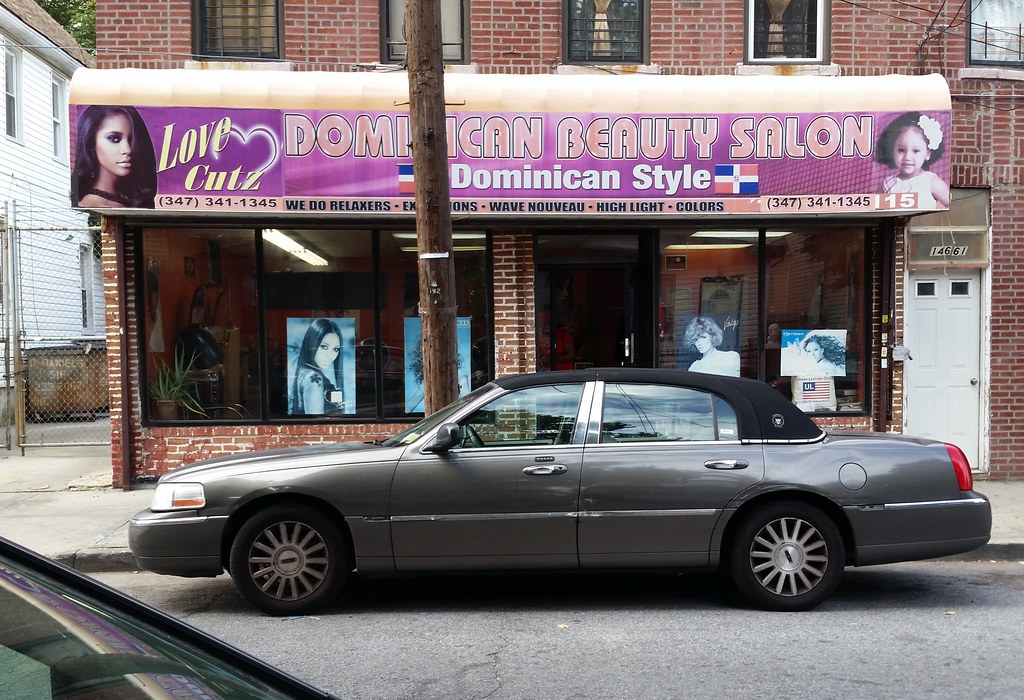 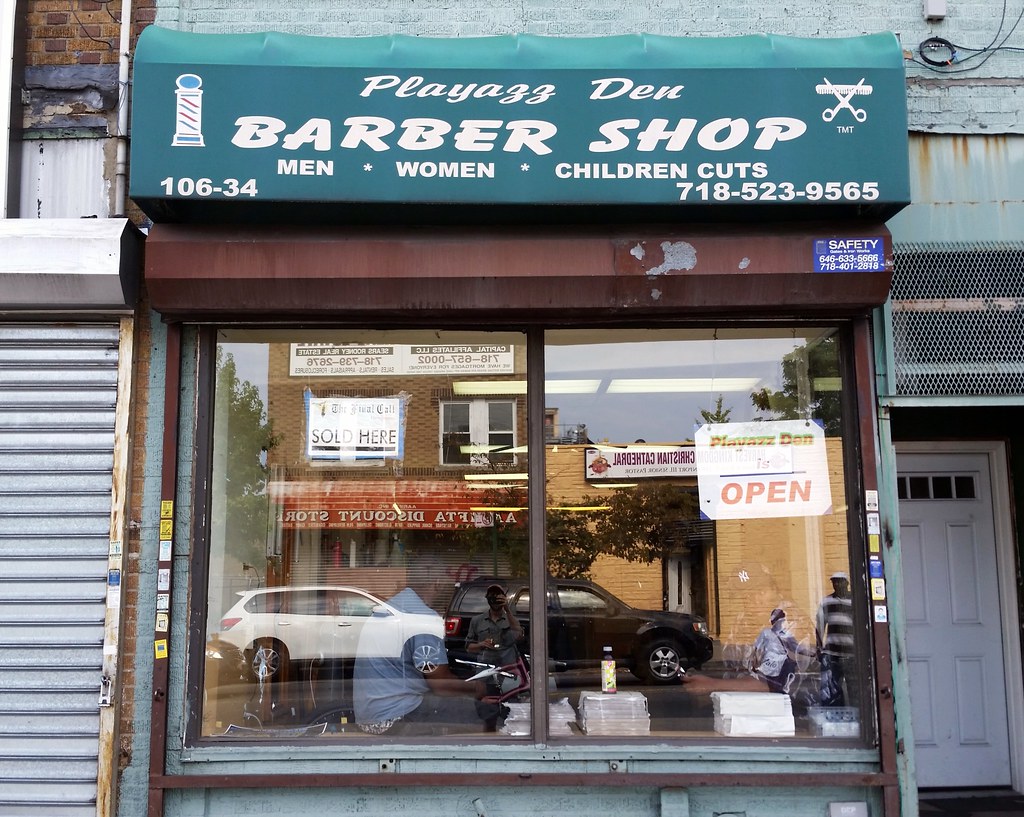 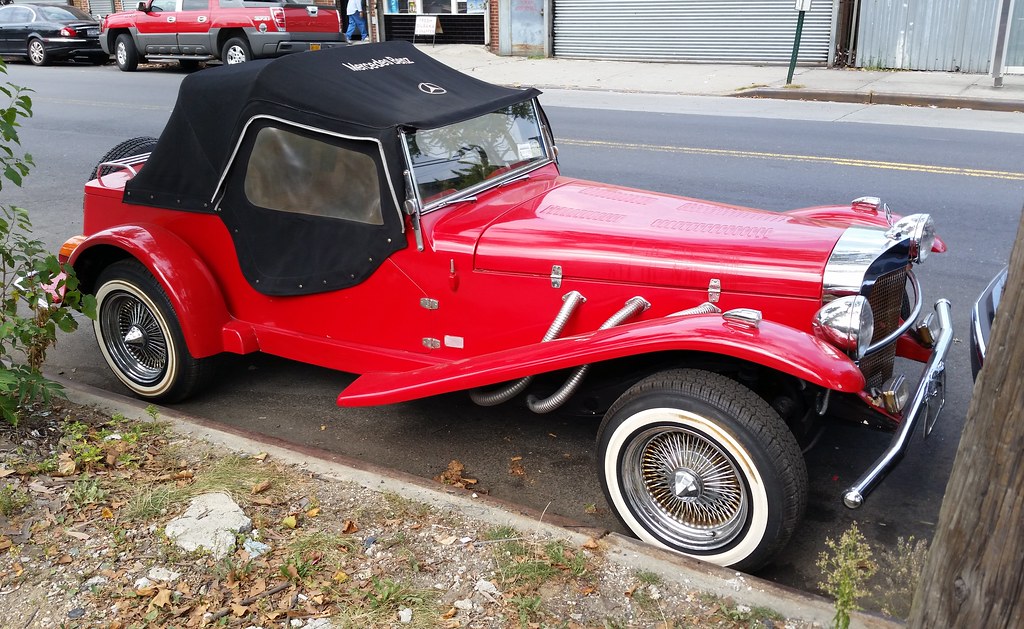 That's what the registration sticker on the windshield says, but this looks like a much newer Gazelle replica of a '29 Mercedes. 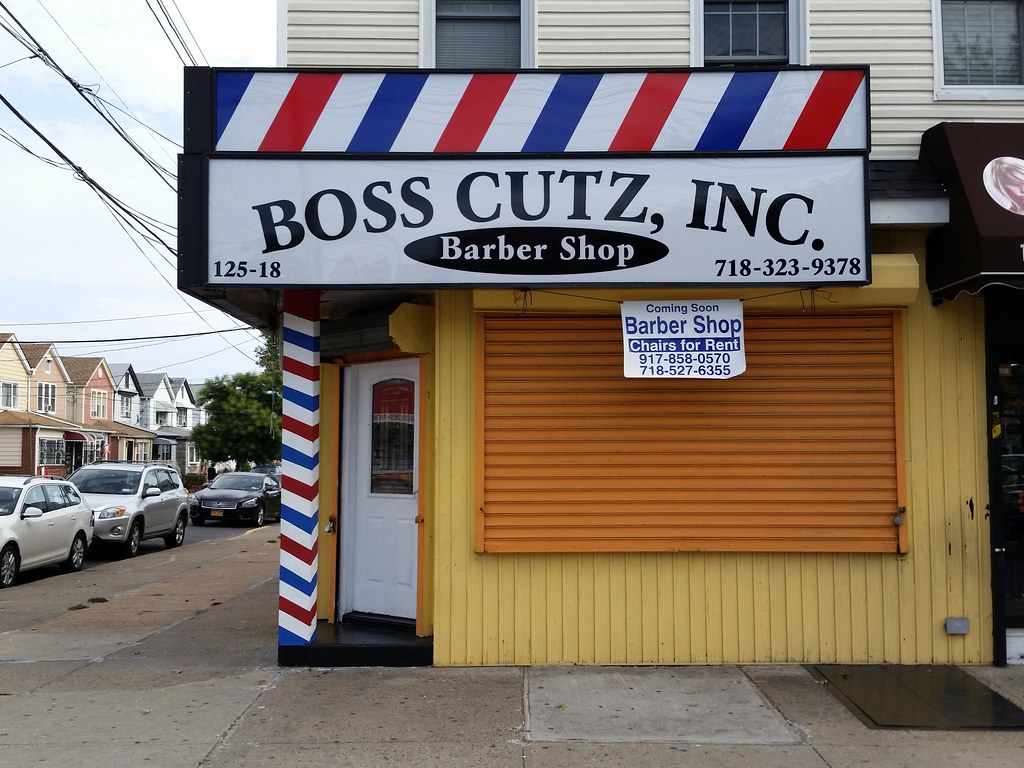