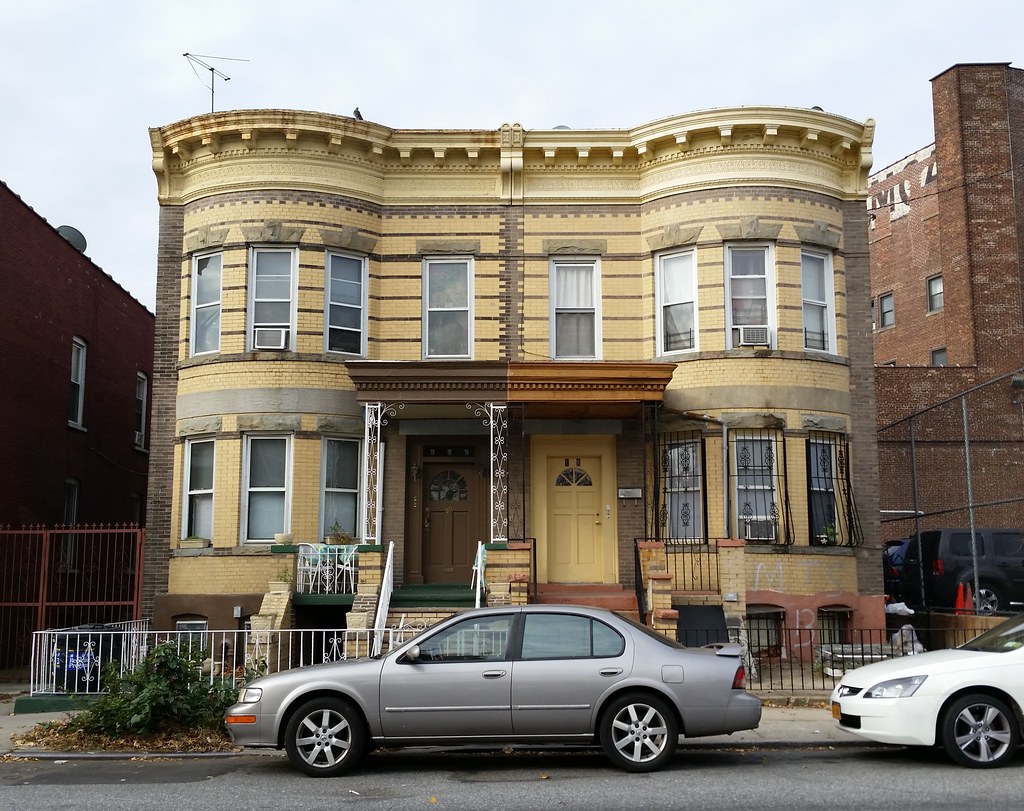 Highland Place seems like a pretty straightforward name for a street that serves as a continuation of Highland Boulevard as it heads south from Highland Park and the high land of the Harbor Hill Moraine. But the way in which Highland Place acquired its rather boring name is actually quite interesting.

During and shortly after America's involvement in World War I, anti-German sentiment in the country reached a fever pitch, stoked by US government propaganda ("DESTROY THIS MAD BRUTE", for example). This hostility manifested itself in many ways, some violent and some simply ridiculous.

Sauerkraut consumption plummeted precipitously, "owing to the prejudice that had developed against the use of a food of such unmitigated German origin". In a move that recalls the freedom fries fiasco of 2003, a delegation of vegetable dealers petitioned the Federal Food Board in April of 1918 to change the name of sauerkraut to something like "liberty cabbage" or "pickled vegetable" in hopes of stimulating sales and preventing the "immense quantities" already produced from going to waste. The idea caught on in at least some quarters: I've found several grocery store newspaper ads from that era that mention liberty cabbage. The name must have been quite familiar to customers, because the ads don't even bother to explain that it's another term for sauerkraut.

(A couple of weeks after the war ended, American soldiers in Belgium discovered many tons of sauerkraut at an abandoned German supply depot. Along with the other food found there, the sauerkraut was taken by the Army and served to the troops for the next however-many-meals-it-takes-to-eat-that-much-liberty-cabbage. The Brooklyn Daily Eagle remarked: "At Arlon, Belgium, five carloads of sauerkraut were first converted into 'Liberty cabbage' and then converted into Liberty brawn and muscle without delay. Prejudices of the palate are easily overcome.")

Sauerkraut wasn't the only German-sounding thing to get a new wartime name. Hamburgers were rebranded "liberty steaks", frankfurters became "liberty dogs", and German measles were dubbed "liberty measles". When I read about that last one (in an article that also claimed that "liberty pup" was used as a euphemism for "dachshund" and that Cincinnati banned pretzels from the free lunch counters of its saloons), I couldn't believe it. It sounded like an absurd urban legend being passed off as a fact. It's one thing to try to remove any hint of your enemy from the stuff you like — food and pets, for example — but why would you replace "German" with "liberty" in the name of a disease?

Well, it turns out it isn't an urban legend at all. It apparently originated with some soldiers at Camp Dix in New Jersey who were stricken with German measles in early 1918. They were tired of being mocked for having such an unpatriotic-sounding illness, so they started a movement to change its name. The new name caught on to some extent at least: "Liberty Measles at West Point" was the NY Times headline when an outbreak occurred at the military academy shortly after the Camp Dix story ran. I even found a fairly technical article published in the March 1920 bulletin of the NYC Department of Health that refers to the disease solely by the patriotic version of its name, with sentences like: "It serves to differentiate the beginning of measles rash from other rubeoliform eruptions—Liberty measles, variola, antitoxin rashes, vaccination rashes, drug eruptions, multiform erythema and similar eruptions."

NYC joined in on the fun by renaming a few streets that, "to the offense and humiliation of our citizens", bore German-inspired (or Austrian-inspired) appellations. In the Bronx, German Place became Hegney Place, named for Arthur Vincent Hegney, the first Bronx soldier to die in the war. In Brooklyn, Bremen Street became Stanwix Street, Vienna Avenue became Lorraine Avenue (which no longer exists; it was partially incorporated into Linden Boulevard, with other sections becoming Dewitt Avenue and Loring Avenue), Hamburg Avenue became Wilson Avenue, presumably named for Woodrow Wilson, the sitting president at the time (a rare instance of a street being named for a living person), and — finally getting back to the starting point of this whole discussion — Dresden Street became Highland Place.