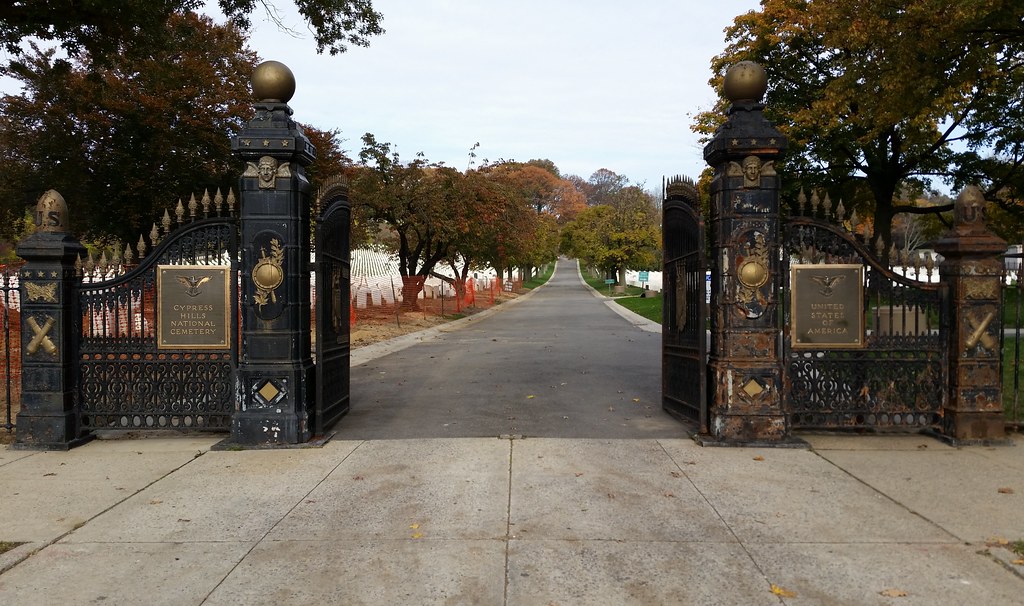 Cypress Hills National Cemetery, the only national cemetery in the five boroughs, was one of the 14 original national cemeteries established in 1862 in response to the mounting death toll of the Civil War. (There were no Civil War battles fought in New York, but there were plenty of soldiers dying in the area's military hospitals.) The oldest section of the cemetery is actually located inside a nearby private cemetery named, confusingly, Cypress Hills Cemetery. The main section, above, was purchased by the federal government in 1884. And a very small third section, also located inside Cypress Hills Cemetery, was added in 1941.