Bivouac of the Dead 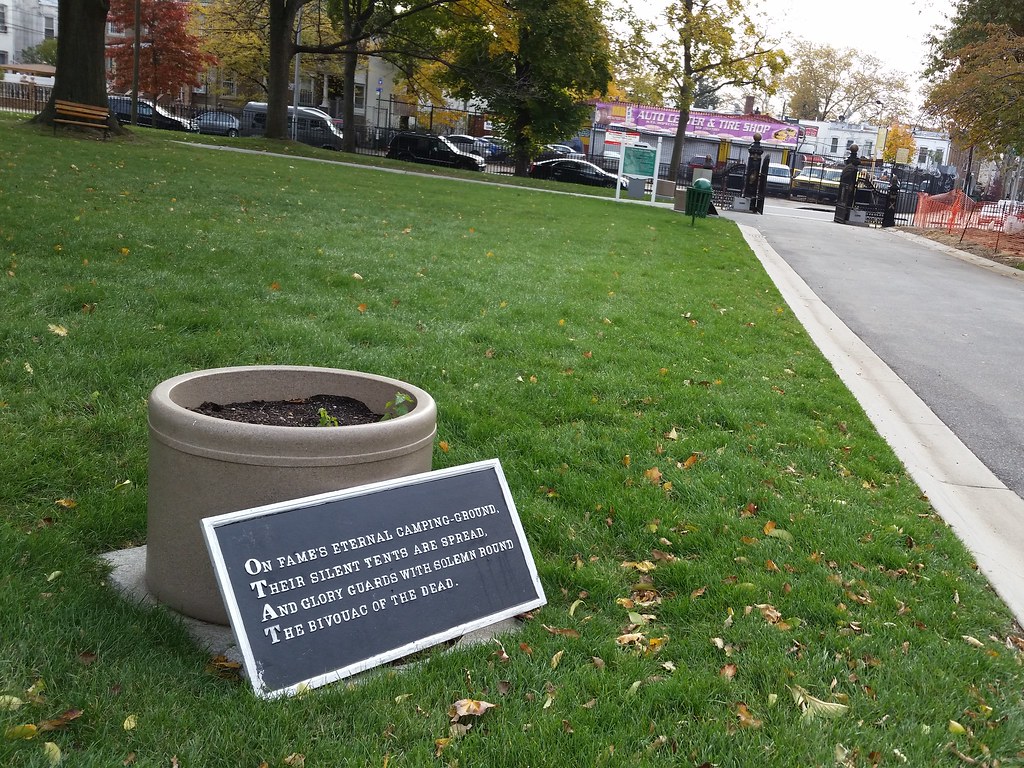 The muffled drum's sad roll has beat
The soldier's last tattoo;
No more on life's parade shall meet
That brave and fallen few.
On Fame's eternal camping-ground
Their silent tents are spread,
And Glory guards, with solemn round,
The bivouac of the dead.

That's the first stanza of Bivouac of the Dead (full text), an elegy written by Theodore O'Hara in remembrance of his fellow Kentuckians who died at the Battle of Buena Vista in the Mexican-American War. O'Hara later served as a Confederate colonel in the Civil War, but his poem resonated with veterans from both sides of the conflict and became a popular expression of loss in both the North and the South. Today, its verses can be found in national cemeteries all over the country, including here at Cypress Hills National Cemetery. (Another plaque near the entrance contains the first half of the first stanza.)