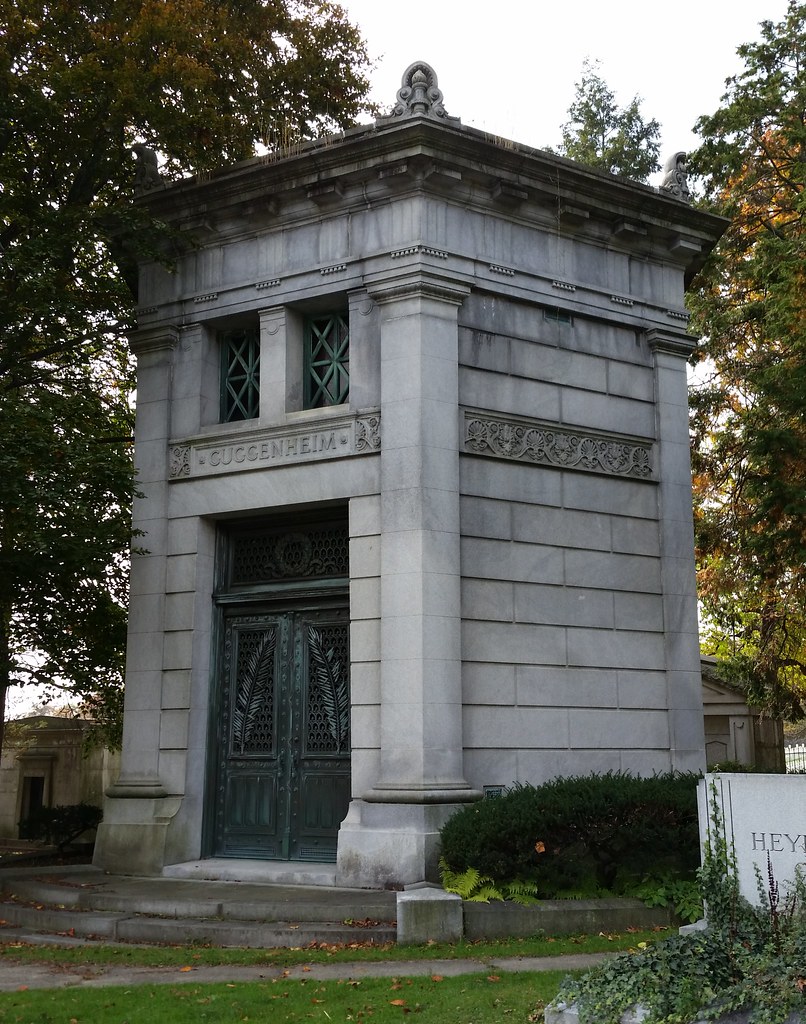 In 1847, Meyer Guggenheim was a 19-year-old immigrant peddler fresh off the boat from Switzerland. By the time he died in 1905, he had become the head of one of the wealthiest families in the United States, having built an enormously profitable mining and smelting empire that he passed down to his sons. (His facial hair, while not quite in the same league as Peter Cooper's or Henry MacCracken's, also deserves a mention here.) His descendants later turned to philanthropy and became prominent patrons of the arts and sciences, the famous spiraling Guggenheim Museum on Fifth Avenue being just one of the many outlets for their fortune.

The family's mausoleum here in Salem Fields Cemetery is often compared to the ancient Tower of the Winds in Athens, but a cursory visual comparison of the six-sided mausoleum and the eight-sided tower reveals that they have very little in common other than a similar general shape.