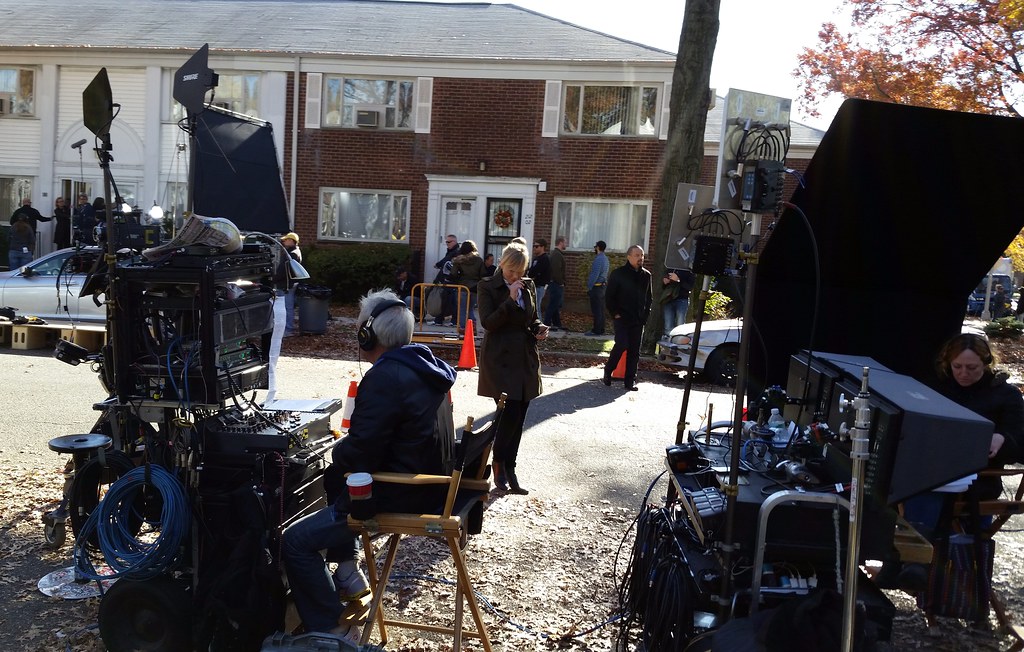 Various signs in the area let me know that Law & Order: SVU was shooting here in Bay Terrace today, which explains the trailer in the previous photo (and which gives the Lucy/Desi labels a little extra resonance, since one of the actors on the show, Danny Pino, played Desi Arnaz in a TV movie about Lucille Ball).

Down the block from the filming, I passed by a woman in her 40s camped out on her stoop, smoking a cigarette. "I wanna see Ice-T!" she informed me. "Ice-T? I thought he was on some other cop show," I replied. "Well I wanna see someone famous!" she shot back. I'm not sure how deep her devotion to the cause was, however. With a slight amount of effort, she could have dramatically increased her odds by standing up and walking over toward the action, where any famous people in the vicinity would surely be found (and where a small group of curious neighbors had already congregated).

She was right about Ice-T, though, as I found out a minute later. That's him about to cross the street above (zoom in).