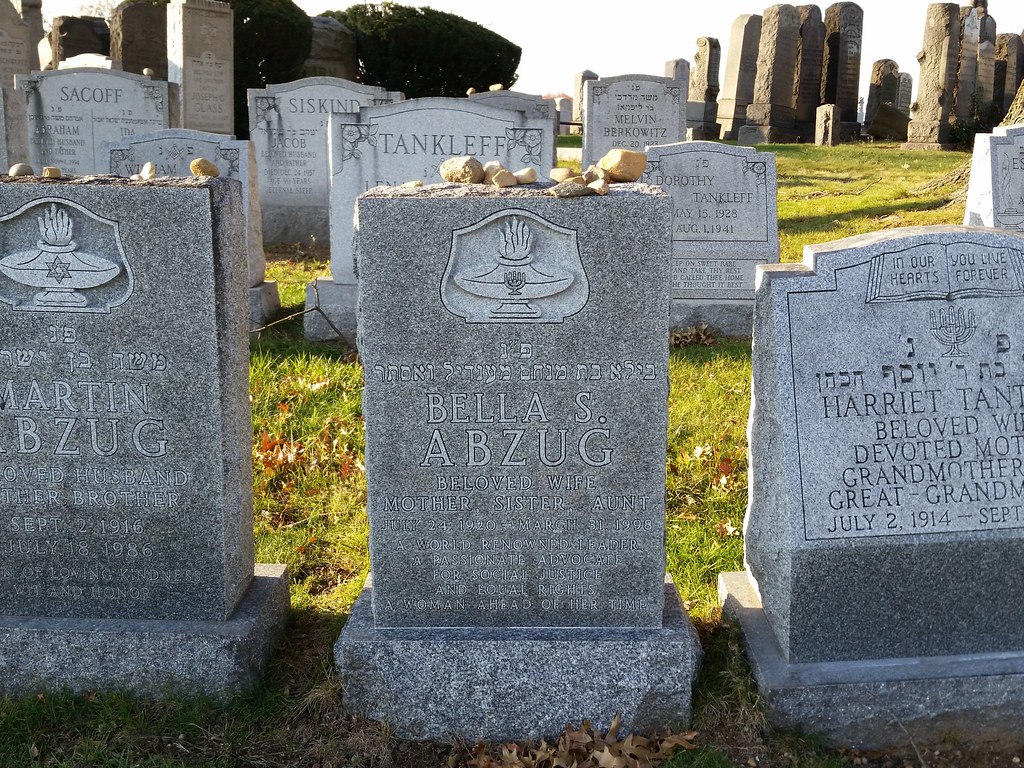 Ms. Abzug represented the West Side of Manhattan for three Congressional terms in the 1970's. She brought with her a belligerent, exuberant politics that made her a national character. Often called just Bella, she was recognizable everywhere by her big hats and a voice that Norman Mailer said "could boil the fat off a taxicab driver's neck."

She opposed the Vietnam War, championed what was then called women's liberation and was one of the first to call for the impeachment of President Richard M. Nixon. Long after it ceased to be fashionable, she called her politics radical. . . .

"There are those who say I'm impatient, impetuous, uppity, rude, profane, brash and overbearing. Whether I'm any of these things or all of them, you can decide for yourself. But whatever I am -- and this ought to be made very clear at the outset -- I am a very serious woman."

(We're now in Old Mount Carmel Cemetery, our final cemetery of the day.)