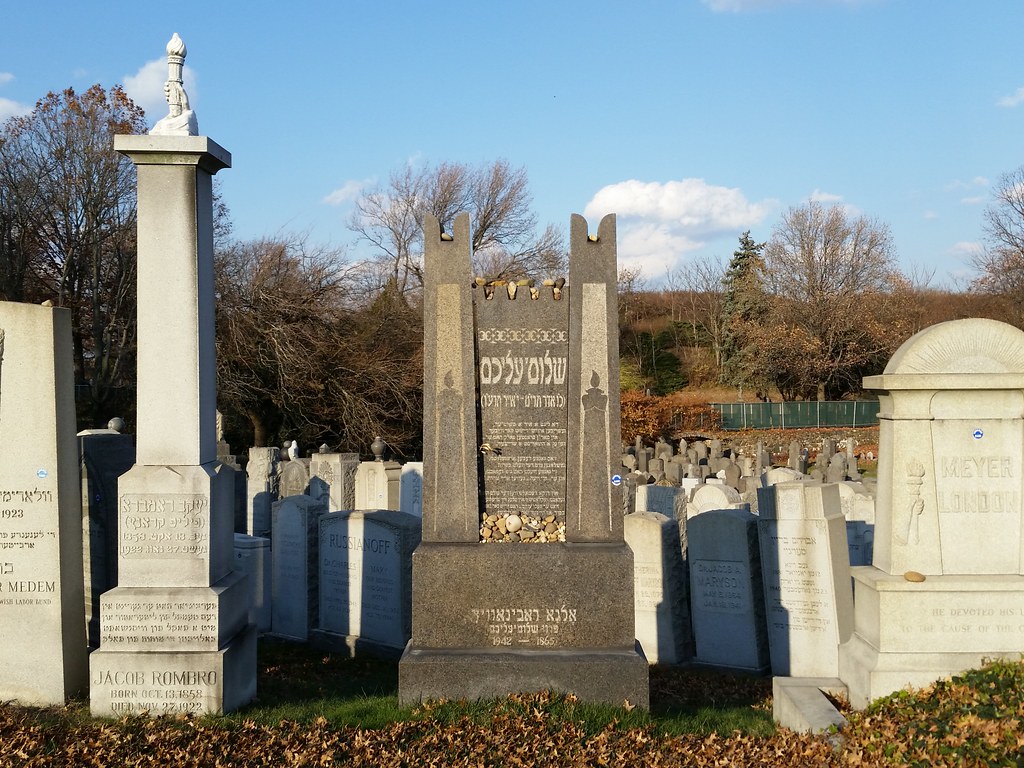 Sholem Aleichem, the beloved Yiddish author known as "the Jewish Mark Twain", died on May 13*, 1916. The NY Times estimated that 100,000 people lined the sidewalks of Manhattan's East Side to watch his funeral procession. He was initially buried in neighboring Mount Neboh Cemetery and was later moved to this plot in Old Mount Carmel.

* His date of death is somewhat ironic because, according to his daughter, he had a superstitious aversion to the number 13. She recalled that he "never marks a page [in his manuscripts] with the number 13—it is always 12a." It's been said — even in the NY Times — that his headstone lists his date of death as May 12a, but that is untrue. The dates given on the stone for his birth and death are from the Hebrew calendar.