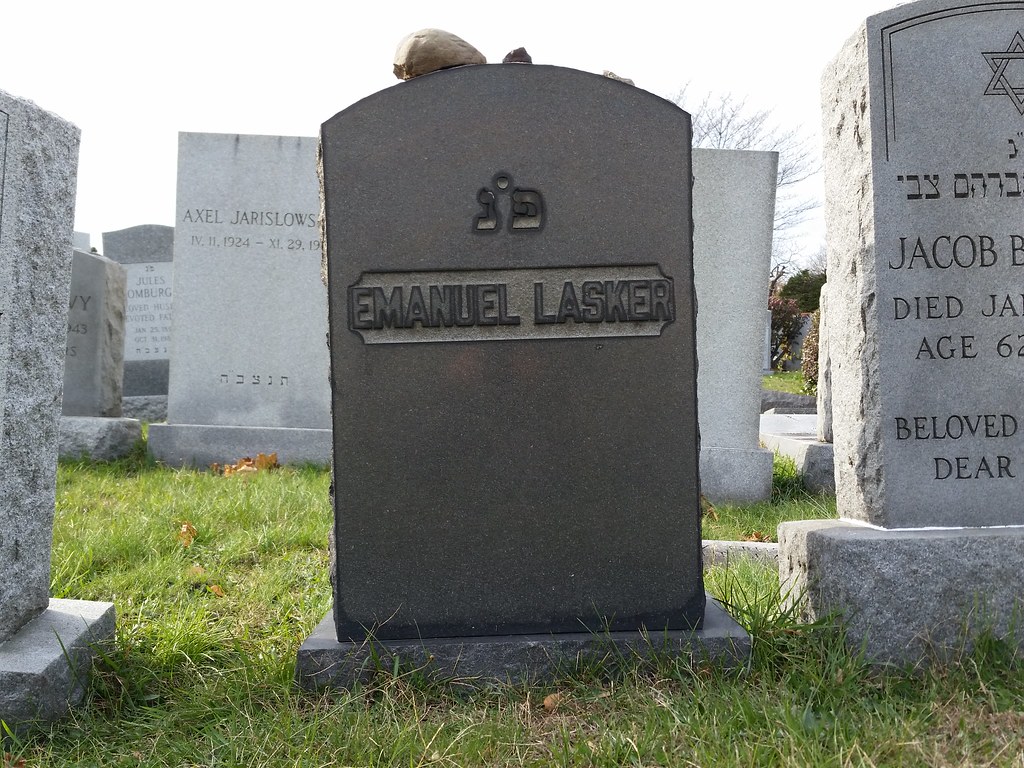 Emanuel Lasker was one of the greatest chess players of all time, winning the world chess championship from William Steinitz in 1894 and holding onto it until 1921.

(As we learned when we saw Steinitz's grave in the Evergreens Cemetery, his 1894 loss to Lasker was the beginning of his mental troubles, at least according to the narrative of his 1900 NY Times obituary, and his defeat in a rematch a couple of years later triggered his rapid decline into insanity.)