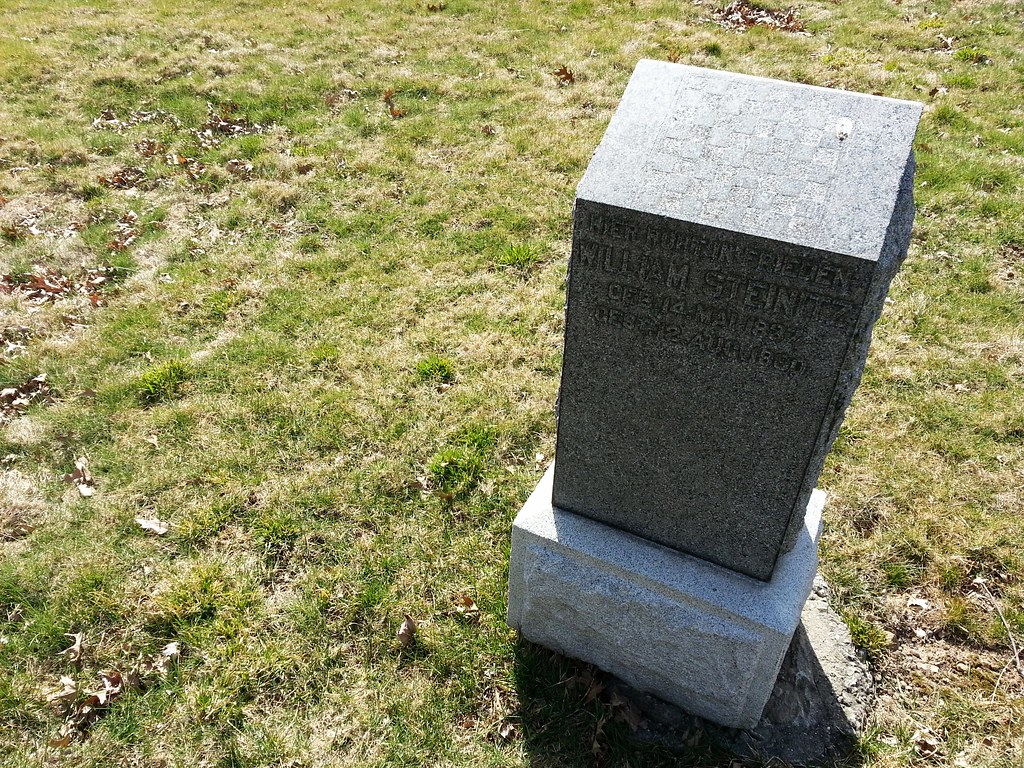 The first undisputed world chess champion. (If you look closely, you can see a chess board on top of his gravestone.) From his 1900 obituary in the NY Times:

William Steinitz, who for years was the champion chess player of the world, died Sunday afternoon in the Manhattan State Hospital, on Ward's Island. For months he had been insane. The last few years of his life were especially tragic. After being recognized as the most expert chess player of the world for over twenty years, he met his defeat at the hands of Lasker, a comparatively young man.

This defeat was his undoing, and since early in 1894 he had not been himself.

His mental condition had not been of the best since then, and after his second meeting with Lasker, at Moscow, Russia, in 1897, where he again met defeat, his decline was rapid.