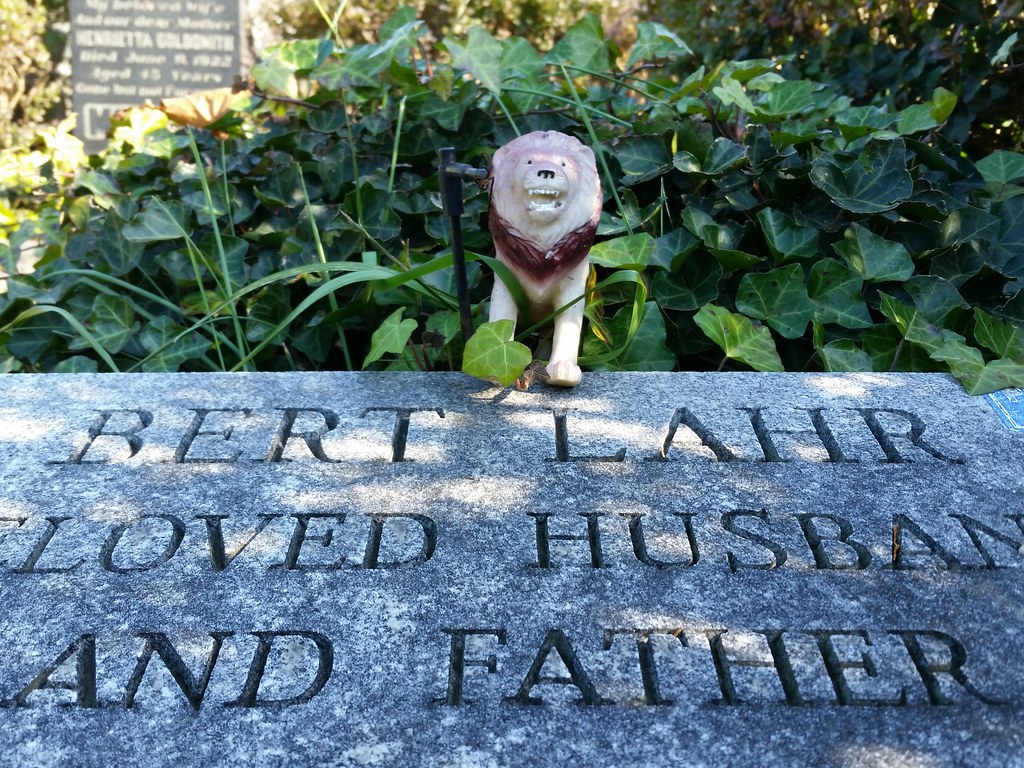 Bert Lahr is best known for playing the Cowardly Lion (video) in The Wizard of Oz, but he was also associated with another big cat: Hanna-Barbera's Snagglepuss, a seeming rip-off of Lahr whose famous catch phrase — "Heavens to Murgatroyd!" (video) — was first spoken by Lahr in the 1944 movie Meet the People.