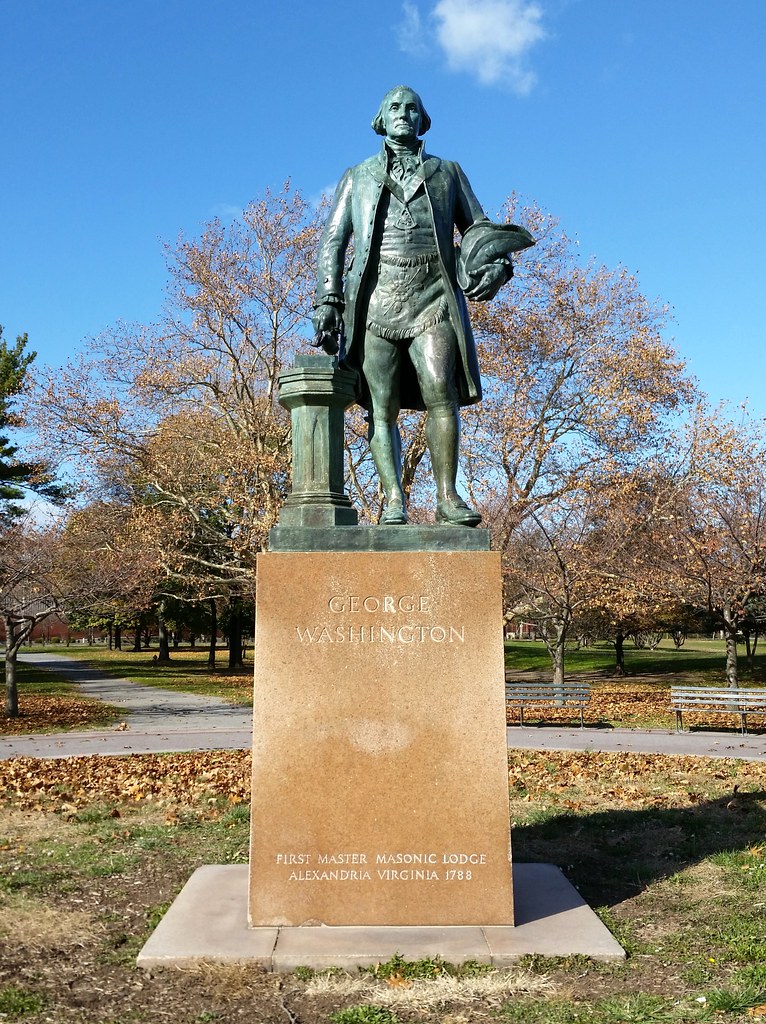 This statue of George Washington, a longtime Freemason who served as the first Master of Alexandria Lodge No. 22 in Alexandria, Virginia, is a pseudo-remnant of the 1964-65 World's Fair. The original version of the statue was created in 1959 by Donald De Lue (who also sculpted the Rocket Thrower) for the Grand Lodge of Louisiana. A plaster copy with a faux patina was put on display here in Flushing Meadows at the Masonic Brotherhood Center during the fair. This bronze replica was then commissioned for permanent display in the park and was dedicated on June 3, 1967, the date the park was handed back to the city from the World's Fair Corporation. (There are now several other copies on display around the country as well.) As part of a park renovation in 1999, cherry trees were planted around the statue; I'd imagine it's no coincidence that this playful historical allusion dates to Henry Stern's tenure as parks commissioner.