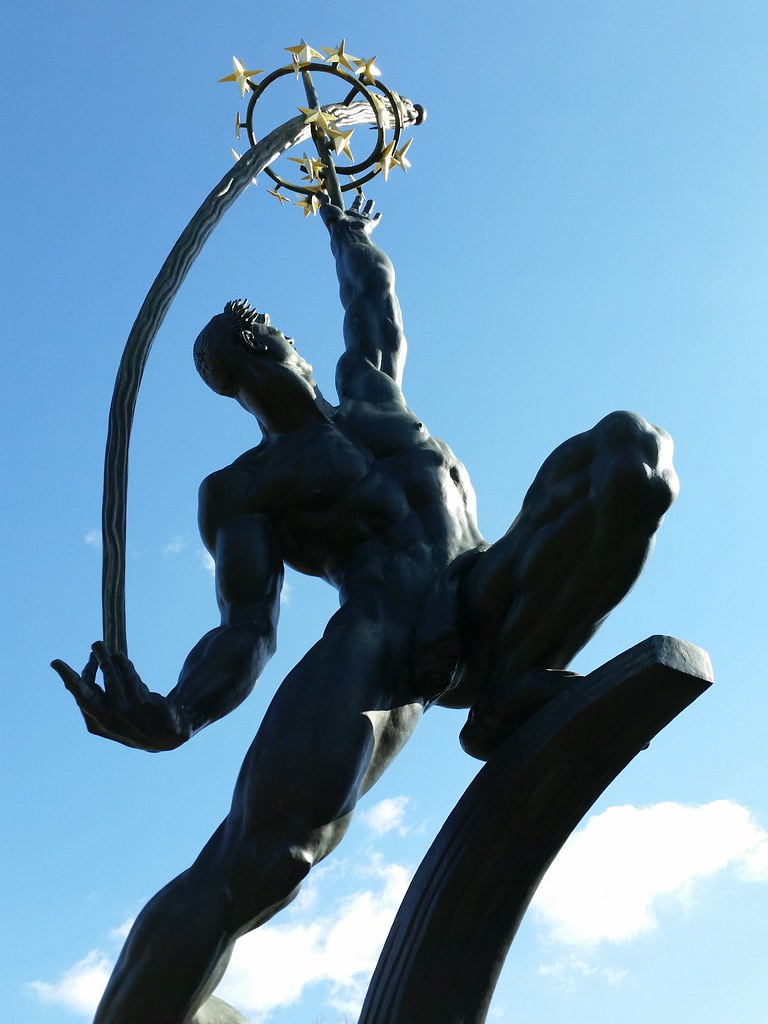 Standing 43 feet tall, this recently restored sculpture from the 1964-65 World's Fair is one of the largest works of art in the city's parks. While it may be a hit with your average parkgoing ignoramus (like me), it's not exactly beloved in the art world. A few days after the fair opened, the NY Times's sharp-tongued art critic John Canaday wrote:

And the most lamentable monster [of all the fair's artworks], making Walt Disney look like Leonardo da Vinci, is Donald [De] Lue's "The Rocket Thrower," a bronze muscle man rising 45 ridiculous feet into the air on the main axis.

Since "The Rocket Thrower" is an absurdity that might be a satire of the kind of sculpture already discredited at the time of the 1939 fair, we might get it out of the way first by describing it as warmed‐over pseudo‐Carl Milles and left‐over semi‐Lee [Lawrie]. But to get it out of the way physically is going to be impossible, since it was commissioned as a permanent disfigurement to Flushing Meadow Park, one of the fair's residual contributions to culture.

If the jealous heavens do not level "The Rocket Thrower" with a bolt of lightning, a solution would be for some public-spirited citizen to pay for melting it down and putting it back in place. Whatever the shape of the resultant lump, it would be better than the shape the thing is in now.

Day 212: I may be in need of a good psychotherapist