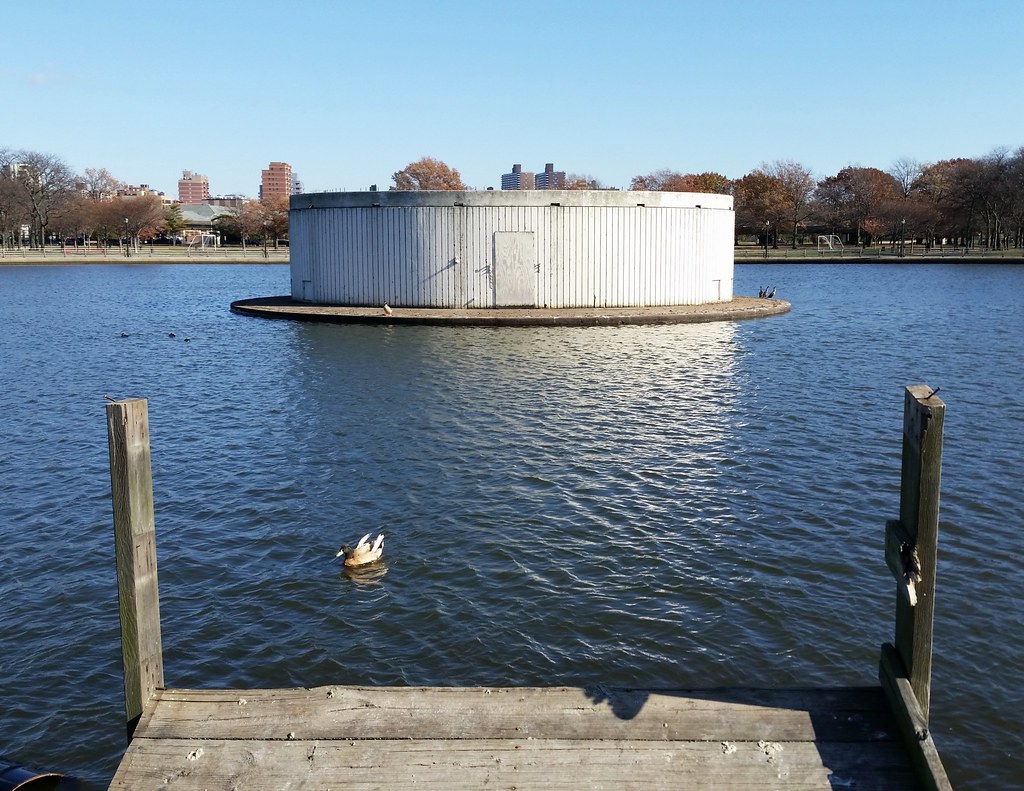 During the 1939-40 World's Fair here in Flushing Meadows, this was the site of the Lagoon of Nations, which was basically an enclosed pool built on the Flushing River (aerial views from 1938 and 1940). The lagoon contained a massive fountain and featured a spectacular nightly show of water, flames, fireworks, light, and music (video) that was described by the president of the fair as "a Niagara plus a Vesuvius". For the 1964-65 World's Fair, the adjacent sections of the river were buried to create more exhibition space, and what had been the Lagoon of Nations was expanded into the Pool of Industry. The round structure inside the pool, above, was part of the Fountain of the Planets, which was billed as the world's largest fountain. Like its predecessor from the 1939-40 fair, the fountain put on a dazzling show each night, its towering jets of water reaching as high as 150 feet.

Over the past decade or so, the Pool of Industry — much maligned these days as a stagnant, smelly garbage receptacle (though it seemed perfectly pleasant when I walked by) — has faced a few different threats to its survival. There have been proposals made to replace it with a whitewater slalom course for the 2012 Summer Olympics (which NYC was vying to host), a football stadium for the New York Jets, and, most recently, a soccer stadium for NYC's new MLS team. Those plans are all off the table now, but a long-range Parks Department plan from 2008 that involves turning the pool into a grassy "waterfront festival site" could still be in the works, I suppose.