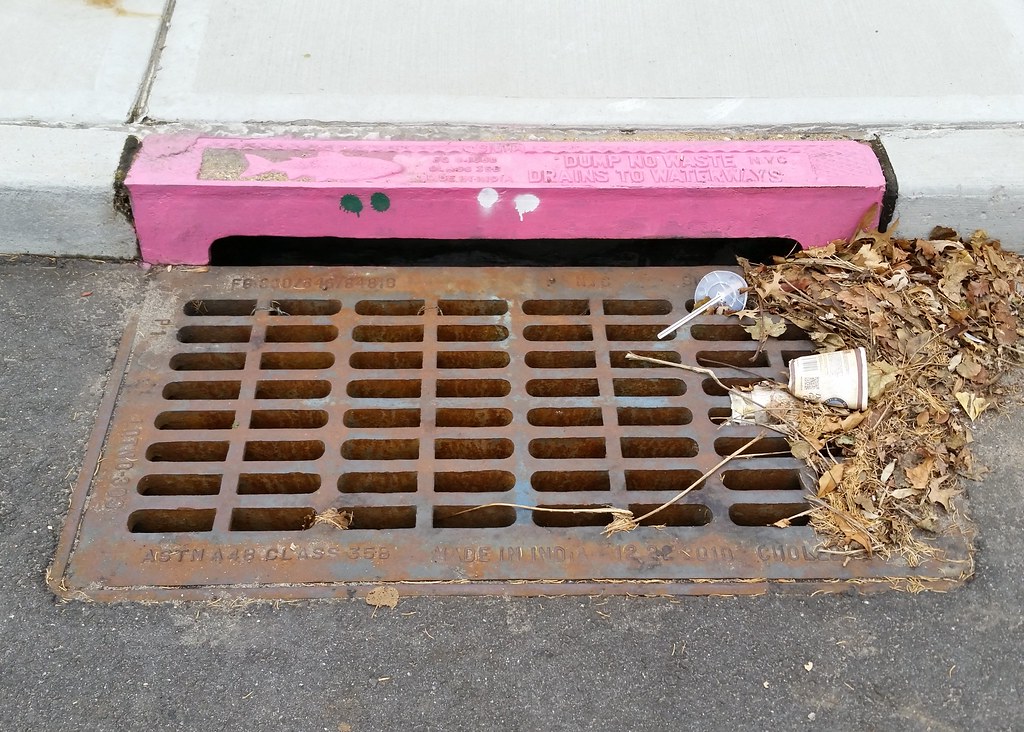 Some areas of the city, however, like almost all of southeastern Queens, have two separate sewer systems: one that carries sewage from buildings to a treatment plant and one that channels stormwater runoff directly to a local waterway. This prevents heavy volumes of runoff from overloading the treatment system and causing sewage overflows, but it also means that any pollutants in the runoff will be discharged into the city's waterways without treatment. Hence the warning on the storm drain above, which I assume was painted pink to call further attention to its message. (Other nearby storm drains were painted bright colors as well. Also, if you're wondering what the green and white dots are, here's your answer.)