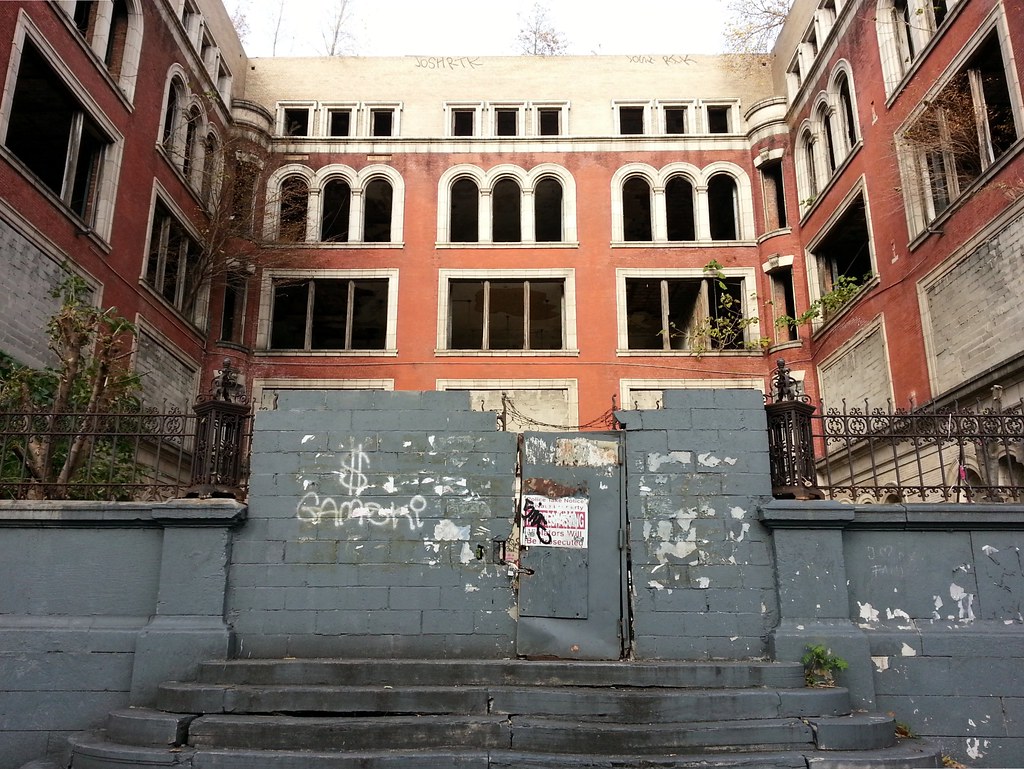 This long-vacant school, designed by Charles B.J. Snyder, has been closed since 1975. The Boys and Girls Club of Harlem bought the property in 1986 and has just let it deteriorate ever since. (You can see some beautiful photos of the decaying interior here.) Back in 2010, the Boys and Girls Club claimed that the building was too dilapidated to be salvaged and would have to be demolished to make redevelopment of the site financially feasible, but now the club is talking about preserving the structure, turning it into a new hub for the club along with 81 mostly low-income residential units.