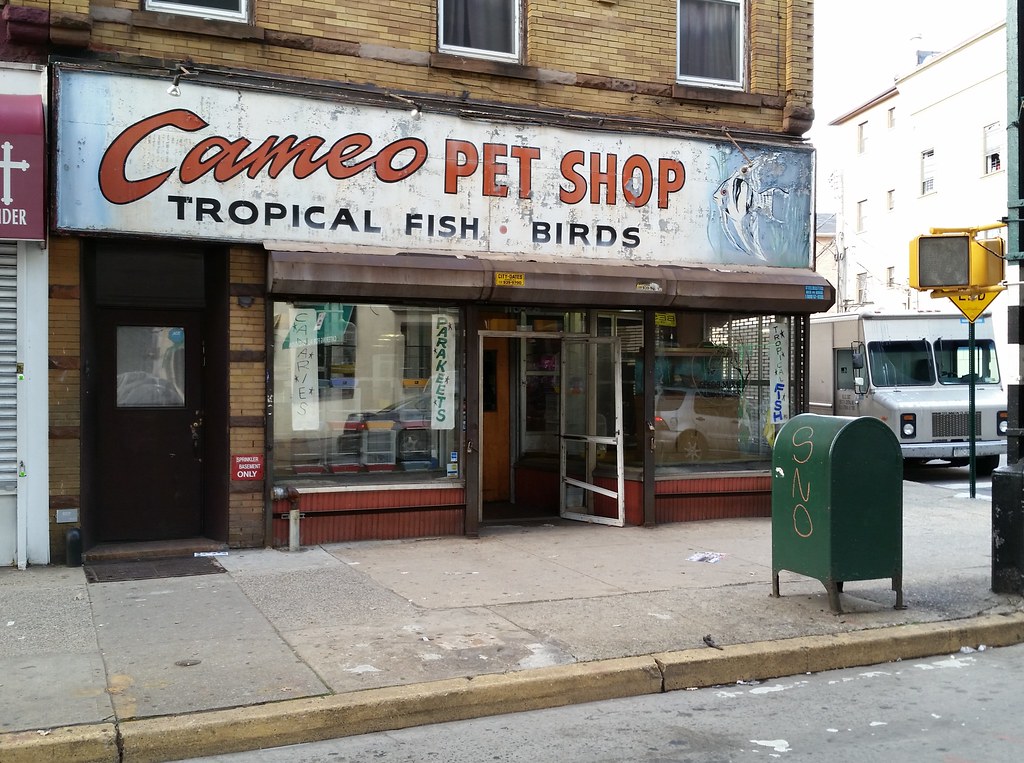 This is the former home of Buttkiss the fish (named for Dick Butkus), a black pacu who died at the reported age of 45 in 2011. According to the shop's owner in 2009:

We actually sold him in 1968 to a Holocaust survivor named Kurt Emerick. The fish was about two inches long at that time. But he got so big he was knocking things over in Kurt’s fishtank. Kurt didn’t like that. He was a perfectionist. So he brought him back here in a bucket. Later Kurt got hit by a bus on Metropolitan Avenue and died. But the fish is still here. I had just gotten back from Nam and I decided to keep him.