The absence of Civic Virtue 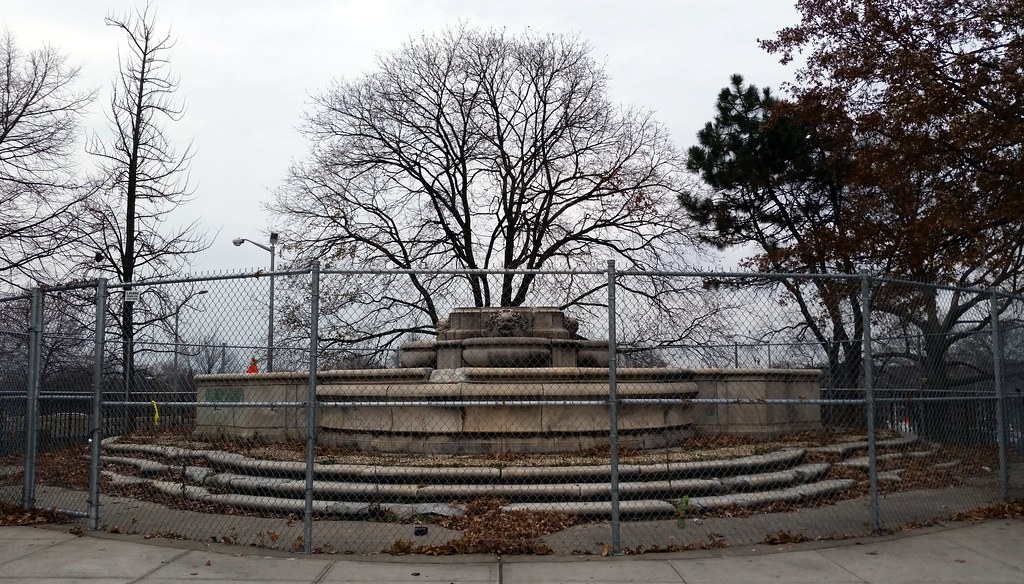 The last time we passed by this spot on Queens Boulevard beside Queens Borough Hall, the somewhat controversial and sexist sculpture known as Civic Virtue was standing here, as it had been since 1941 (when it got booted from City Hall Park, where it was unveiled in 1922). The statue has since been moved to Green-Wood Cemetery and restored, while the fountain it stood upon has been left to collect fallen leaves inside a chain-link fence. There is apparently a plan in the works, however, to spruce up the old fountain with plantings and a plaque dedicating it to the women of Queens.