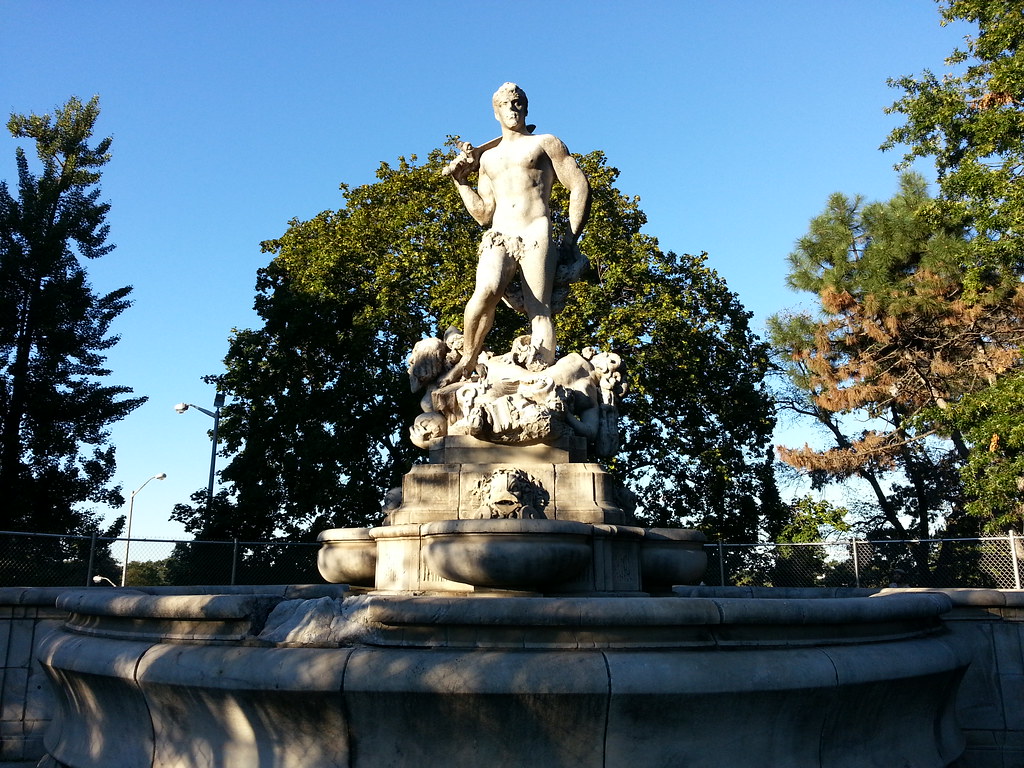 Despite protests from women's groups, this sexist-ish statue was installed in City Hall Park in 1922. It survived there for 19 years before getting the boot, much to the delight of Mayor La Guardia, who had reportedly grown tired of looking at its bare buttocks. It has stood outside Queens Borough Hall ever since, enduring occasional fits of withering criticism — including a 2011 attack by that renowned defender of women, Anthony Weiner. It now looks like the statue's days in Queens may be numbered, however: Brooklyn's Green-Wood Cemetery has expressed interest in restoring Mr. Virtue and providing him with a more welcoming home.