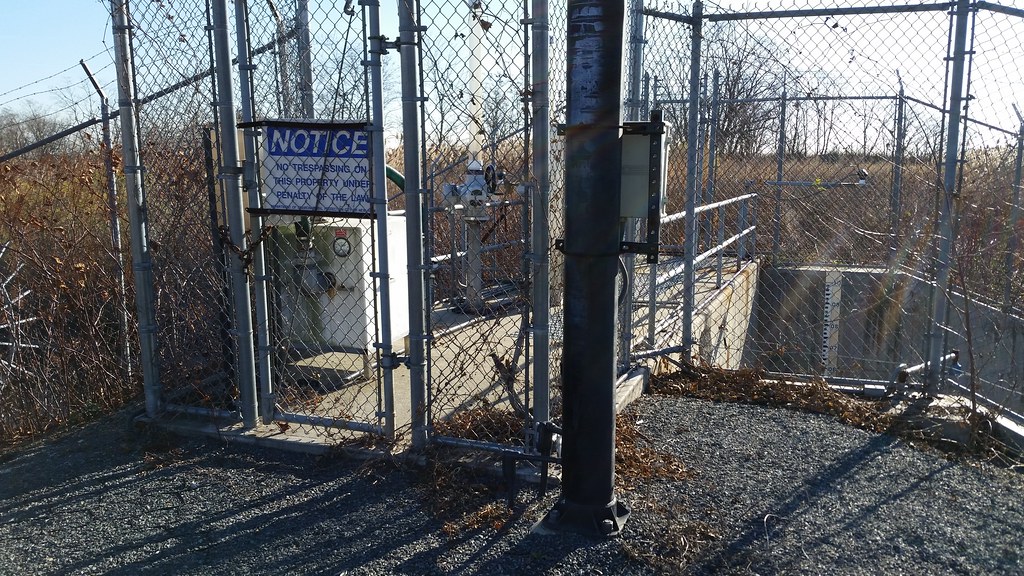 Built by the Army Corps of Engineers in 2000 (along with the 730-foot-long levee that it cuts through), this floodgate (or tide gate) is designed to be open during normal conditions to allow the east branch of Oakwood Creek to flow out of Fox Beach/Oakwood Beach toward Lower New York Bay, and closed during storm conditions to prevent rising seawater from entering and inundating the low-lying neighborhood. But the gate proved no match for Hurricane Sandy's 14-foot storm tide, which both overtopped it and caused significant damage to it. Here's an aerial view of the gate. Zoom out and pan around to get a sense of how the area is laid out.